The Power of Trees

The Power of Trees

Georgia State researchers have examined how to diminish economic losses from hurricanes. One solution: More mangrove trees.
Use Scan QR Code to copy link and share it
by Noelle Toumey Reetz 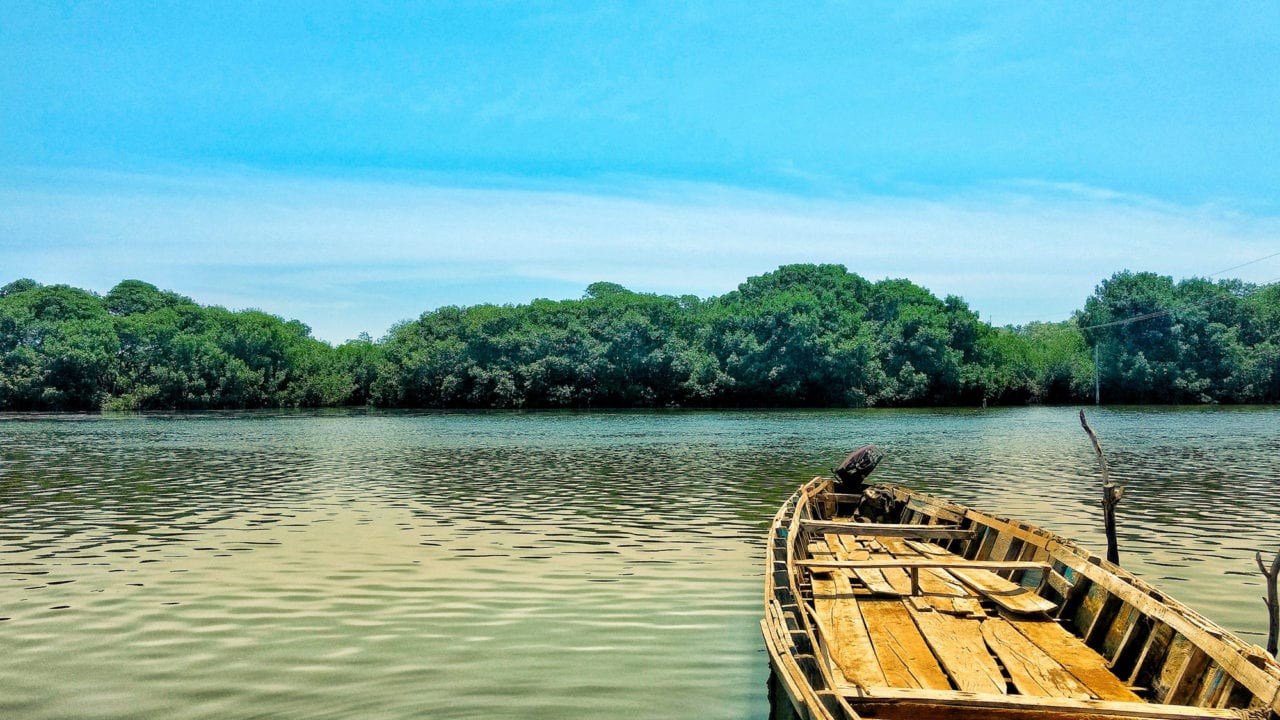 Climate change is making the impact of hurricanes and other storms more dangerous — and more expensive. As the costs loom over coastlines across the globe, vulnerable communities are looking for new ways to mitigate the economic impact. Alejandro Del Valle and Mathilda Eriksson of the J. Mack Robinson College of Business recently found that mangrove trees, which grow in coastal waters and have dense and stable root structures, may be one useful tool.

In a study published in the Proceedings of the National Academy of Sciences, a group of researchers led by Del Valle and Eriksson documented how the presence of mangroves alters the relationship between hurricane strength (wind speed) and human-made light patterns as observed from space.

“Because the consumption of artificial light during the night time increases with income,  the amount of human-made lights present after a storm tells us how quickly areas are recovering,” says Del Valle, assistant professor of risk management and insurance, who worked with researchers at Georgia State and the World Bank. 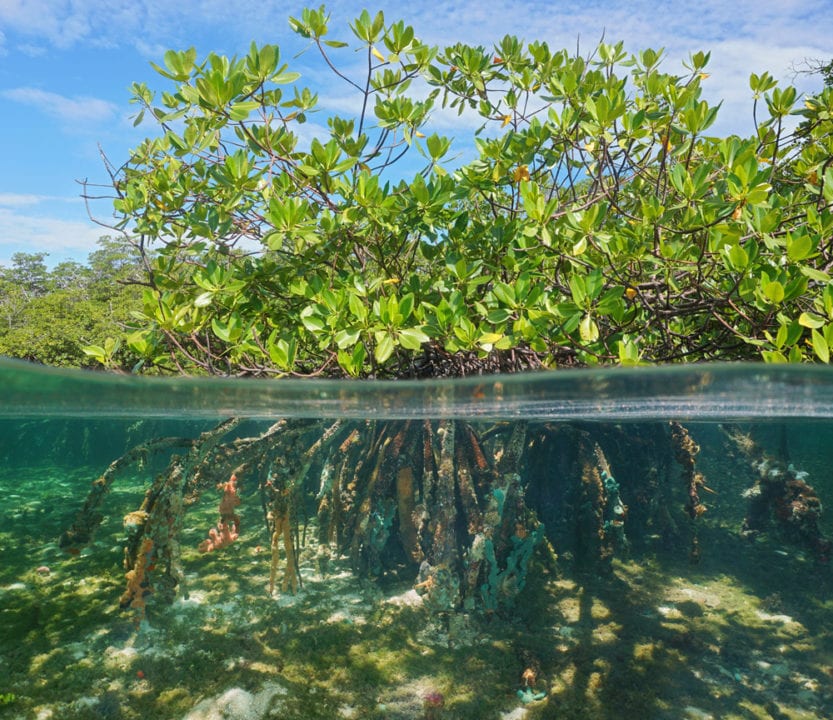 Mangrove trees grow in coastal waters and have dense and stable root structures.

Using the satellite imagery from the National Oceanic and Atmospheric Administration, the group was able to gauge the evolution of local economic activity in various communities in the aftermath of hurricane strikes. They found that areas protected by wide belts of mangrove trees are better protected against losses, and their economies rebound more quickly.

“On top of the ecological benefits that these forests provide — like biodiversity and carbon sequestration — there is also value in economic protection,” Del Valle says. “Mangroves grow right up along the coastline, so they’re positioned exactly where they need to be, and their root structure protects against both winds and storm surge.”

The researchers found that in Central America, the region studied, the benefits of mangroves protection are substantial. While night lights decreased by up to 24 percent in areas unprotected by mangroves, in areas protected by mangrove belts of one kilometer or more, the impact on night lights was undetectable. (Anything less than one kilometer did not provide the same level of protection, indicating that only large-scale conservation efforts are likely to offer benefit.)

Other solutions for low-lying coastal areas may include building a sea wall or elevating structures to protect from storm surge. Still, Del Valle notes that those strategies don’t make sense for many communities.

“If you need to build a sea wall to defend Miami, that’s one thing, but most of the world is not that densely populated. So how do we protect those areas?” he says. “We cannot build a seawall around the entire U.S., so it’s more important than ever to figure out how we can use existing natural habitats for protection. For the first time, we’re able to break down what the economic value of that conservation could be.”

Georgia State epidemiologist Gerardo Chowell on what makes the coronavirus pandemic unique and what still needs to happen as the global outbreak unfolds.
by Jennifer Rainey Marquez
Courtney Anderson, associate professor in the College of Law, studies the intersection of health equity and the law.
Interview by Jennifer Rainey Marquez
Research reveals that racial disparities in the U.S. prison population have declined, but Blacks are still serving longer sentences than whites.
by Jennifer Rainey Marquez
What causes the body to attack itself? Professor Leszek Ignatowicz is challenging scientists’ understanding of how these conditions take root.
by LaTina Emerson