What Makes a Father?

What Makes a Father?

In a new book, Georgia State anthropology professor Frank L’Engle Williams chronicles the evolution of dad.
Use Scan QR Code to copy link and share it
by Jennifer Rainey Marquez 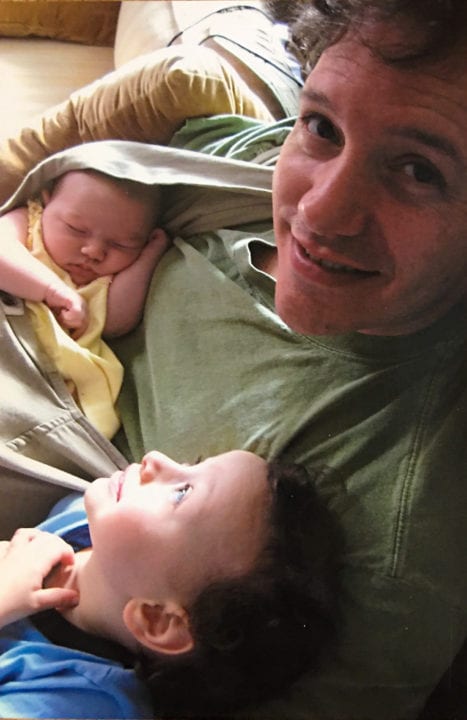 The author with two of his children.

As an academic, Frank L’Engle Williams likes to do his research. So, when his wife was pregnant with their first child in 2005, like any soon-to-be dad he devoured books on parenting and fatherhood. But there was one book no one seemed to have written — an anthropological perspective of how fatherhood came to be and how it continues to evolve.

“I couldn’t find the book I was looking for, so I had to write my own,” says Williams, a professor of anthropology at Georgia State. Nearly 15 years (and two more children) later, Williams has published “Fathers and Their Children in the First Three Years of Life: An Anthropological Perspective,” which looks at the past, present and future of father care. Here, six takeaways from his book:

Involved fathers meet an evolutionary need.
Williams found evidence to support a long evolutionary history of father-child bonding, particularly during the first three years of life, which he says is a “critical window” of relationship building.

“If fathers do not bond during this time period — either because it’s not part of their culture or they’re physically separated or they’re so consumed with their work and life outside the family — it’s more likely that they will become a detached parent,” Williams says. “Without this bonding, fathers are less likely to contribute to the next two decades of a child’s life.”

Having an involved father also benefits children from a developmental perspective, Williams says. In most mammals, infants are born with their brains fully — or nearly fully — developed. Humans are the only animal in which the brain grows extensively in a social, extrauterine world.

“Humans are primed to be social with one another, and it starts from the get-go,” he says. “It’s how infants learn how to become humans.” 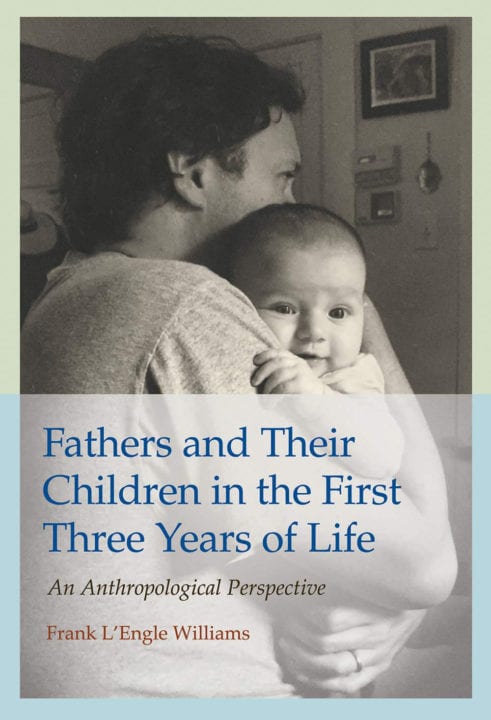 Carrying infants has a long history.
Today, we can push our babies in strollers, drive them around in car seats and deposit them in playpens. Yet “this is not how humans evolved,” Williams says.

“In the past and in most small-scale societies today, infants are coddled, carried and have their needs responded to immediately.”

Infant carrying has been around for about as long as humans have walked upright, he says.

“Babies can’t really hang on to a parent’s fur or hair — the way non-human primates do — when you’re vertical, because of the properties of the hair shaft,” Williams says.

Humans also have a specialized foot with the big toe in line with the other toes, which makes a great platform to push off from when walking on two legs but a very poor way to grasp. So infant carrying must have been very important early on during human evolution.

“A baby is a very heavy object to carry around, so we see the forearm became a lot straighter and shorter to act as a platform,” Williams says. “We have some forearm bones of Australopithecus afarensis, Lucy’s species, from both sexes. If we look at the dimensions of these it suggests that perhaps not only females were carrying but males were, too.”

Father care isn’t exclusive to humans.
While researching his book, Williams searched for evidence of fathering behavior throughout the animal kingdom, and found it’s pervasive in many species.

“Some insects, such as cellar spiders (aka ‘daddy long legs’) exhibit paternal behavior by guarding the eggs. In some species of fish, the male will carry eggs in their mouths or fan the eggs to provide oxygen,” he says. “About 25 percent of birds exhibit strong paternal behaviors. It’s similar to what we see in humans with both sexes provisioning the chicks. Social carnivores are good fathers like wolves, foxes and wild dogs. They bring back food, regurgitate food for pups and make dens.” 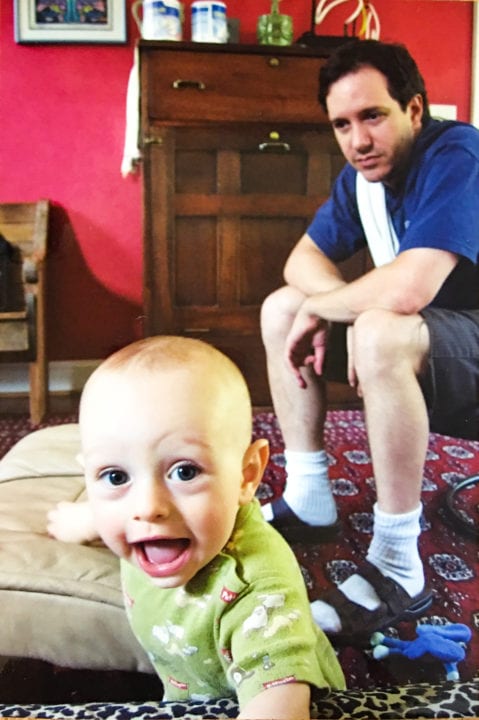 The author and his son.

Every culture has its own way of indoctrinating new dads.
Williams was on to something when he was furiously flipping through parenting manuals before the birth of his first child. In many cultures throughout history, and even today, fathers-to-be undergo rituals known as “couvade.” These ceremonies, which take place during the pregnancy, are meant to bring the males’ attention to their new role as a responsible caregiver.

“In some societies, males are starved before the birth,” Williams says. “In others, they’re fed lavish meals. Males might not be allowed to handle sharp weapons or go deep sea fishing before their child is born. It’s an important chapter in a man’s life because it underscores their birth as a father. It’s a cultural imposition that draws the males into the family unit.”

Dads benefit from being involved, too.
When males spend a lot of time with infants, says Williams, they experience a drop in testosterone levels, which may be tied to a lower risk of prostate cancer. Studies have also shown that lower testosterone levels in dads may foster better parenting skills and less risky behavior.

“This is an evolutionary adaptation that could be beneficial to men in terms of longevity and health,” says Williams. “Fatherhood is not something males can ignore with impunity.”

Involved dads are natural and normal.
Modern families in which dads are heavily involved are actually recreating our primordial past, says Williams.

“It’s really been since the advent of farming and animal husbandry that male involvement with infancy was interrupted,” he says. “In place of males, the extended family took that role.”

In the 1950s, full-time housewives helped fill in that gap along with older siblings. But today’s double-income families are actually closer to how we evolved, Williams says, because “both females and males contributed in hunter-gatherer societies. When you have more egalitarian gender relations, that’s when you have more father involvement.”

Georgia State researchers have examined how to diminish economic losses from hurricanes. One solution: More mangrove trees.
by Noelle Toumey Reetz
Research reveals that racial disparities in the U.S. prison population have declined, but Blacks are still serving longer sentences than whites.
by Jennifer Rainey Marquez
Researchers in the School of Public Health are helping stabilize Georgia families affected by substance abuse.
by Jennifer Rainey Marquez
What causes the body to attack itself? Professor Leszek Ignatowicz is challenging scientists’ understanding of how these conditions take root.
by LaTina Emerson