Georgia State epidemiologist Gerardo Chowell on what makes the coronavirus pandemic unique and what still needs to happen as the global outbreak unfolds.
Use Scan QR Code to copy link and share it
by Jennifer Rainey Marquez 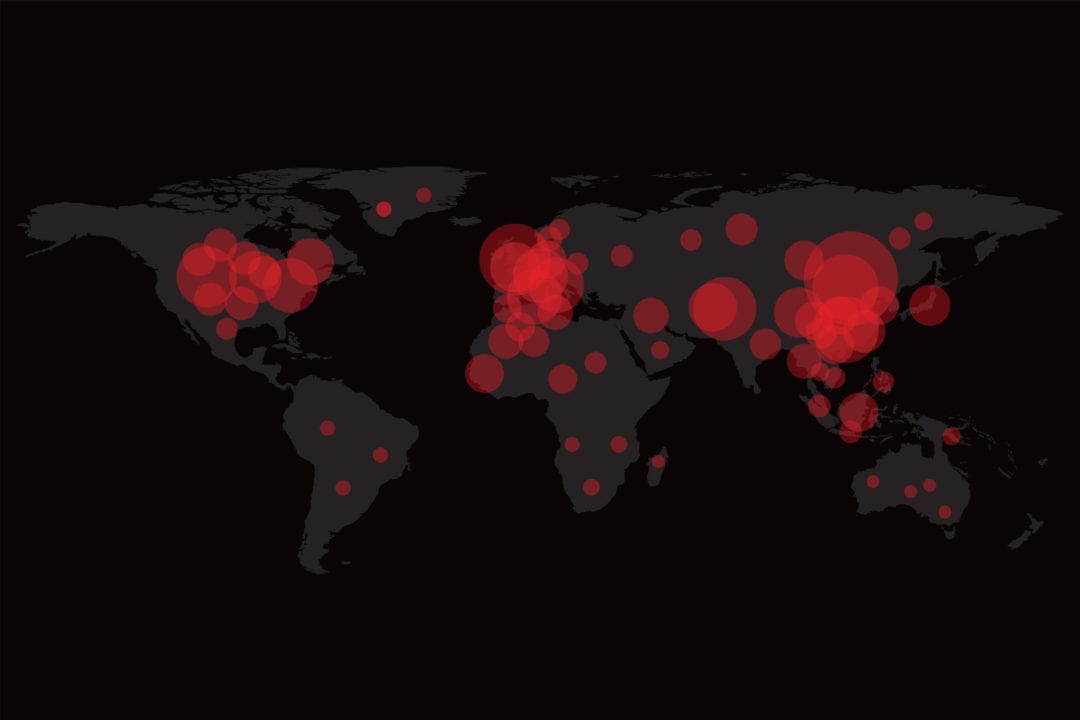 Back in January, Gerardo Chowell, professor of mathematical epidemiology in the School of Public Health, traveled to New York. For weeks, he had been tracking the coronavirus outbreaks in China and Europe, and he understood some of the unique dangers presented by COVID-19. In New York, though, he saw evidence everywhere that the epidemic had not yet penetrated the general consciousness.

“I was the only one wearing a face mask on the plane, on the subway,” he said. “Most people just looked at me strangely. It takes a while for the public to get a reality check.”

Since then, Chowell has been on the forefront of epidemiological research on the coronavirus pandemic, producing daily forecasts of cases and deaths in a number of countries, including the United States. We spoke with Chowell about his research and his predictions for how the pandemic will continue to unfold.

Months ago, you began publishing forecasts of the coronavirus outbreak, starting in China. At what point did you begin to realize that this would become a large-scale global pandemic?

It took a while for it to really sink in. Even in the first weeks of January, I was still optimistic that we could break the chains of transmission in this country — that we could detect cases early and stop the outbreaks. I thought, ‘We can do contact tracing, we have the best center for disease control in the world. We even offered help to China!’

But there were a number of issues, starting with the slow rate of testing and issues with the original testing kits. We lost a lot of time, and the virus was able to penetrate the population very quietly. There were hundreds of introductions that we didn’t catch. I still think about it and I’m incredulous that we didn’t stop this.

You’ve studied how infectious disease outbreaks have unfolded throughout history, from the so-called “Spanish flu” of 1918 to the Ebola epidemic of 2014. What makes this outbreak unique?

This is the single most important pandemic since the Spanish flu, simply because the case fatality rate is so high and the disease can spread so quickly. At least one percent of all people who get infected and develop symptoms may die from COVID-19, compared to .1 percent during the H1N1 pandemic of 2009.

If you have a major outbreak, then the case fatality rate is much higher because the healthcare system gets overloaded. We’ve seen 15 percent case fatality rates in China and 20 percent in Italy. In part, it’s because you don’t have enough intensive care units, ventilators, etc., to help all of these sick people. Areas with the highest fatality rates also have a greater proportion of older adults in the population, who are at greater risk of dying from the disease.

What have we learned from previous outbreaks or pandemics that has informed our strategy today?

We never think that this is going to happen again. We were not ready with the healthcare system capacity or the deployment of effective surveillance strategies to quickly detect imported cases. We were not ready to roll out a testing strategy.

Still, we are taking lessons from the playbook of other outbreaks. For example, a number of countries relied on school closures for a few weeks in 2009 during the first wave of the H1N1 outbreak, and that worked to help control transmission.

During the Spanish flu, which had a fatality rate of around four percent, on average, a number of countries closed schools, prohibited large-scale public gatherings, asked people to wash hands. But there was not a lockdown or shelter-in-place mechanism. Society was much different then, which made transmission much lower. There were no cars, no planes. The population density was much lower, even in cities.

What do you think we can expect as the pandemic moves into summer? Will we see a reduction in transmission?

Most likely, we cannot rely on the weather to stop the coronavirus pandemic. The evidence indicates that higher temperatures reduce the amount of time that the virus is able to survive outside the body, and that’s a good thing. It may not be able to survive long on playgrounds or parks or other places outdoors. But temperatures are mostly regulated indoors thanks to air conditioning, so it’s not going to change things in office buildings, schools or other indoor spaces. It may give us a 10 percent reduction, but that won’t be sufficient to curb the pandemic.

You recently published a study that analyzed asymptomatic cases among passengers on the Diamond Princess Cruise Ship, which was quarantined in Japan after a coronavirus outbreak occurred onboard. Why are these so-called “silent” spreaders important?

There were early indications from Asia that people may be able to transmit the virus even if they have no symptoms. We wanted to get a better idea of the proportion of cases that are truly asymptomatic, cases in which people become infected with coronavirus and spread it to others but never develop symptoms, rather than pre-symptomatic. The cruise ship was the perfect model to study this in because people are in a confined setting and you can examine them over time.

Because the cruise ship housed an overwhelmingly older population, that means that these folks have a higher susceptibility to developing symptoms. Yet we still observed that 20 percent of the cases were asymptomatic. Among the general population, the proportion of asymptomatic cases could be as high as 40 percent.

There’s always a percentage of asymptomatic cases for infectious diseases, including the flu. But when you combine it with the fact that this virus is able to spread so easily — thorough close contacts and aerosols and contaminated surfaces, where it can survive for days in some cases — and it’s so fatal, it creates a perfect storm. 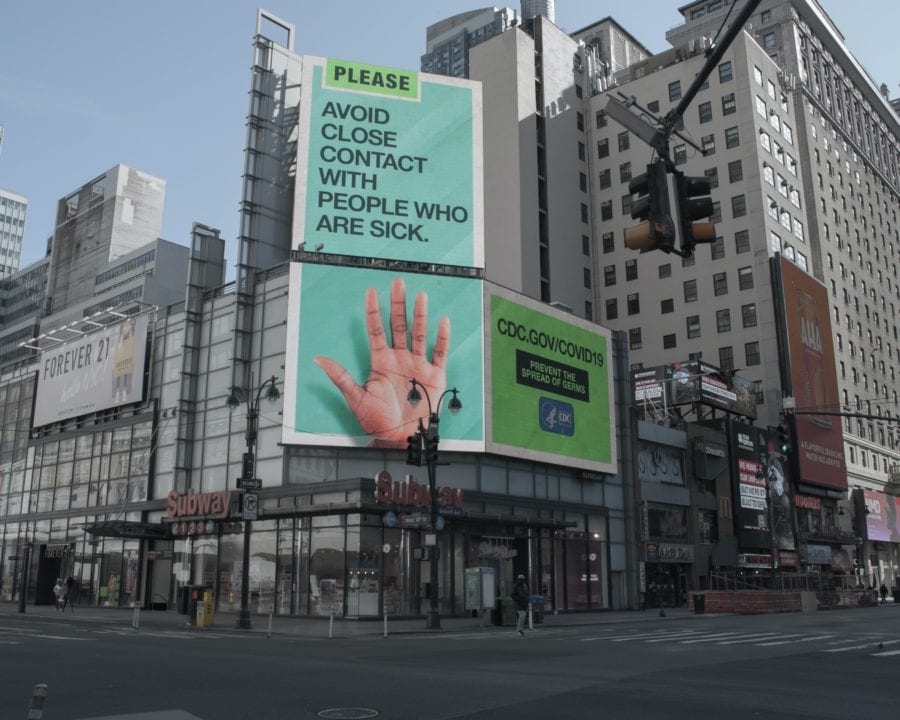 In your research, you’ve used mathematical modeling to examine how different social protection measures can impact the spread of the virus. What are we doing now that is working, and what are we not doing that we should be doing?

Increasing handwashing and mandating social distancing are the best, most effective measures that we’ve put in place, and I think we’re seeing the outcomes. As the pandemic starts to slow down in hotspots, that gives us confidence that it’s working, even as the economy pays the price.

I think one big misstep is that we have been slow to recommend that people wear face masks. Part of the problem is that we don’t have the supply. We’re struggling to have personal protective equipment for professional healthcare workers, so we couldn’t recommend them to the general public. But the truth is that Asia has used face masks as part of their response and we now know that there is such a potential for asymptomatic individuals to transmit. Nothing is perfect, but it can help reduce transmission substantially when you gauge the overall impact in the population. Even goggles could be important for essential workers inside and outside of hospital settings.

Testing is also important. But in a country with more than 300 million people, it’s not feasible to sustain a broad-scale testing effort. The number of fevers and dry coughs that we have per year are so high that it would be really hard to be able to test all of them. Now the incidence levels have peaked and are on their way down in some areas, it’s time to double down on contact tracing to mitigate further transmission.

You and Juan Banda, assistant professor of computer science, have teamed up to study the pandemic by analyzing social media chatter. This is a very 21st century method of data collection. What can we learn from this type of data that wasn’t possible before?

One thing that we can learn is how people feel. There’s some science that allows you to gauge the population sentiment on different topics and how it’s changing. What are their sentiments related to different issues around the pandemic, such as sheltering in place?

Another valuable thing we can do is use this information to identify individuals who are struggling in real time and need to be connected to community resources or organizations that can help. We can also detect misinformation and respond with accurate information.

You have also been collaborating with Pavel Skums, assistant professor of computer science, to track how the coronavirus has been transmitted across the world by looking at the genomic sequencing of the virus. What have you learned from this?

Every time the virus jumps from one person to another, it changes a little bit. That leaves a genetic signature that you can study to see who is infecting who.

The limitation is that only a fraction of those who get sick have their virus strain sequenced and put into a publicly available repository. Yet with the data that’s available, we can see that there are only a few strains that really take off and generate mass transmission. We don’t know whether that’s because of the circumstances in a particular hotspot or because that particular mutation may have made the virus better able to spread.

The National Science Foundation has awarded you a grant for a Rapid Response Research project, in which you and your team will examine the problem of establishing optimal practices for rapid coronavirus testing. Can you tell us more about what you’ll be doing?

Using computer modeling, we are trying to determine the best, most cost-effective way to test that provides a good picture of the epidemic and allows you to control it. You want to be able to see where the disease is spreading and get the information that you need to contain it and stop the chains of transmission.

Should only sick people be tested for the virus? Which type of test is best? There may be some tests that are more sensitive but take longer to process, others that are faster but more expensive. Should we focus our energy on developing a test that is highly accurate? Is it better to use only one type of test, or a combination of several types? We’re building models to test strategies first, and hopefully we’ll get some detailed data about different testing strategies that countries have used that can validate our findings.