Could humility be the solution to our partisan divide? Associate professor Don Davis investigates whether it may help mitigate an antagonistic political culture.
Use Scan QR Code to copy link and share it
by Jennifer Rainey Marquez 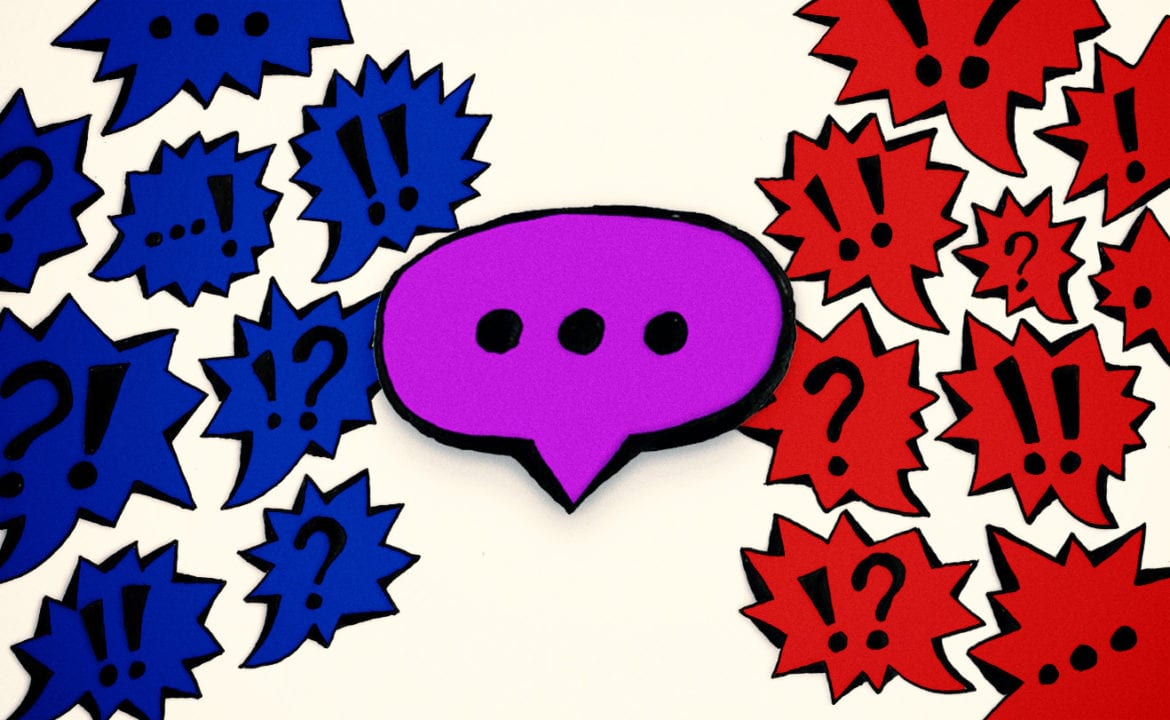 Polarization has become a defining element of political discourse in America, and the impact is felt well beyond Washington. Looming gaps between political parties and those affiliated with them can splinter communities, families, even relationships. Research shows that a large portion of Americans hold hostile views of those with opposing political beliefs, and we are increasingly segregating ourselves along party lines.

“Nowadays, political identity is a strong identity for many people,” says Don Davis, associate professor of counseling and psychological services in the College of Education and Human Development. “Interracial marriage is much more common than it used to be, as is interreligious marriage. Not so marriage between people of different political affiliations. Tribalism has really shifted to be based on political identity.”

The “us against them” mentality can have a detrimental effect on mental well-being. Davis and his former student, Stacey McElroy-Hetzel, are exploring whether humility may play a role in mitigating the negative psychological effects of our antagonistic political culture.

“As polarization and political conflict have increased, so has the incidence of anxiety and depression, particularly among young people,” says Davis.

Davis says this may be related to behavioral shifts that have occurred in a generation of kids who have grown up with social media and smartphones.

“This generation is spending more time at home glued to their phones,” he says. “In some ways, this is good because they’re engaging in less risky behavior. For example, the rates of drug use and teen sex have gone way down. But being constantly exposed to the 24-hour news cycle and political fighting on Facebook or Twitter can lead to stress and anger. If people don’t learn how to navigate social media wisely, it may contribute to mental health problems.”

According to Davis and his team, humility may be one key to healthier online engagement. For this project, they are focusing on intellectual humility — or recognizing your own intellectual limitations and blind spots — in a political environment.

“This is not the same as not having a strong commitment,” notes Davis. “It’s not about saying, ‘Meh— I could be right? Could be wrong? Who cares?’ Intellectual humility means being humble in the areas that you hold dear.”

With funding from the Templeton Foundation, Davis and McElroy-Hetzel will conduct a longitudinal study during the election season in the fall. They will calculate participants’ political humility using a combination of different measures and examine how political humility predicts emotional reactions to the election outcome and how it affects behavior online.

“We’d like to see that people who have high political humility will have greater resilience and be better able to handle disappointment,” he says. “We also hope it can help people avoid contempt or disdain for people who have different views, and remind people that online content is prone to manipulation and may be unreliable.”

Researchers in the School of Public Health are helping stabilize Georgia families affected by substance abuse.
by Jennifer Rainey Marquez
Georgia State researchers have examined how to diminish economic losses from hurricanes. One solution: More mangrove trees.
by Noelle Toumey Reetz
Research reveals that racial disparities in the U.S. prison population have declined, but Blacks are still serving longer sentences than whites.
by Jennifer Rainey Marquez
What causes the body to attack itself? Professor Leszek Ignatowicz is challenging scientists’ understanding of how these conditions take root.
by LaTina Emerson