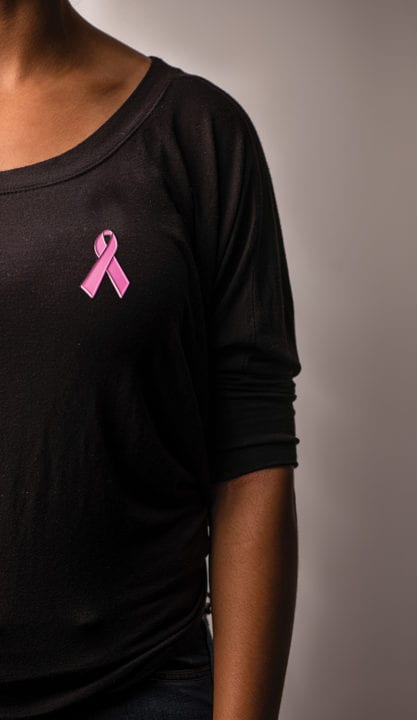 Triple-negative breast cancer is a disease known by what it lacks: hormone receptors and proteins that oncologists can target with drugs. Absent any of these markers, treatment options are limited. It’s also a disease that primarily affects women of color. Across the nation, the mortality rate of women with aggressive triple-negative breast cancer (TNBC) is 39 percent higher for African Americans than women of European descent. In Fulton and DeKalb counties, the difference in mortality spikes to 45 percent.

Biology professor Ritu Aneja wants to know what’s driving the disparity. She has published a paper in Cancer Causes & Control illuminating the probable links between neighborhood disadvantage and breast cancer risk. And she is conducting a nine-digit zip-code analysis of Fulton and DeKalb counties, looking for the non-biological factors that may contribute to TNBC’s racial disparity, such as economic stress, violence, food deserts and lack of sidewalks or green space.

“We’re trying to distinguish the biology from the non-biology to see how much contribution each of these parameters has towards the state we are in,” says Aneja, who in 2015 co-founded the International Consortium for Advancing Research on TNBC, which includes researchers from 35 institutions across 17 countries and has led to numerous collaborative breakthrough studies.

Aneja wants to unleash that collaborative spirit locally to tackle TNBC. Over the summer, she convened a group of 25 community stakeholders — a “Pink Panel” of public health experts, religious leaders, business executives, educators, clinicians and local politicians — to discuss how to address the disparity in metro Atlanta.

“This is our way of giving back, by serving as a platform to bring all of these people together to begin the conversation,” Aneja says. “Georgia State is in the business of providing solutions. We’re known for resolving the academic disparity problem. Now we’re going to solve the breast cancer disparity problem.”