When Ayub Mohammad was in eighth grade, members of the military detained him on his way to school and tried to conscript him into forced labor. When he refused, he was beaten and tortured.

“That day, I decided I had to leave Myanmar,” said Mohammad, who is a member of the Rohingya ethnic group, which has been subject to brutal persecution in the country. 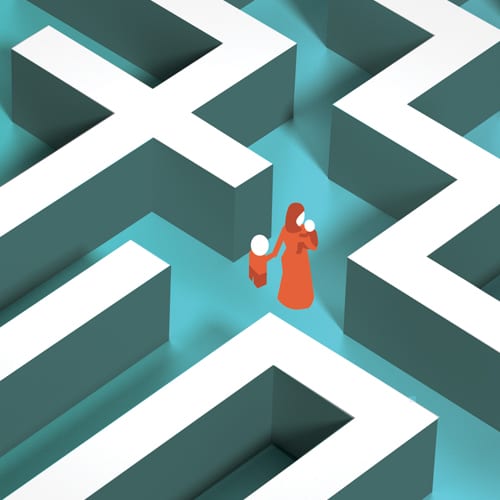 In high school, he fled across the border to Bangladesh where, along with dozens of other Bangladeshi and Rohingya refugees, he boarded a boat bound for Malaysia. After 27 days floating in the Indian Ocean, many without food or water, the group was rescued by the Sri Lankan navy.

Mohammad spent four years in Sri Lanka before a resettlement program sent him to the U.S. He arrived in Clarkston, Ga., in February 2012. A little more than two years later, he founded the Burmese Rohingya Community of Georgia (BRCG), a nonprofit dedicated to supporting refugees and immigrants.

“When I came here, I didn’t see anyone helping refugees except resettlement agencies, and typically only for a very short period of time, about three to six months,” Mohammad said. “But it takes much longer than that for people to become acclimated and self-sufficient.”

BRCG is one of a dozen partners — community groups, agencies, nongovernmental organizations and new citizens — who will inform and direct the work of Georgia State’s new Clarkston-based Prevention Research Center (PRC) when it opens on Sept. 30. The center, funded by a $3.75 million grant from the Centers for Disease Control & Prevention (CDC), will focus on the health and health disparities of migrants and refugees.

The PRC network’s dedication to community-based participatory research makes it unique. The advisory board, which includes BRCG, will help guide the center’s research and offer input on health concerns that should be addressed. Dr. Heval Kelli (B.A. ’08), cardiology Fellow at Emory University who arrived in the U.S. as a refugee in 2001, will chair the board. Community engagement will be overseen by Mary Helen O’Connor, assistant professor of English at Perimeter College and director of Georgia State’s Center for Community Engagement.

“Having taught in Clarkston for more than a decade, I’m excited to have an initiative that will develop innovative approaches to address persistent disparities in this community,” said O’Connor. “We look forward to learning together how to make measurable and sustainable improvements in the health of our friends, neighbors and students.”

The center’s core research project will address the health and well-being of migrant children by adapting SafeCare, an evidence-based parenting program. Georgia State researchers will use SafeCare to conduct the first systematic effort in the nation to develop culturally and linguistically relevant care and interventions for migrant and refugee children.

Led by Daniel Whitaker, professor in the School of Public Health and co-director of the National SafeCare Training and Research Center, the project will examine whether the program can improve the parent-child relationship, alleviate parenting stress, and boost children’s social and emotional health.

“We are deeply honored to join the CDC’s Prevention Research Center network, which has played a vital role in advancing public health in this country for more than 30 years,” said Michael Eriksen, interim vice president for research and economic development at Georgia State, who will direct the center. “Nationally, very little is being done to address issues affecting refugee communities, and having a campus inside Clarkston presents a tremendous opportunity to work with a population that needs support and research.”

A regional director for Pandora Radio, Shalya Forte (B.A. ’04) has made a career out of anticipating the next note.
By Matt Nixon
Brooke Weiner (B.B.A. ’19), Georgia State’s winningest beach volleyball player, has been playing in the sand all her life.
By Austin Birchell (B.A. '20)
For Joyce Lowenstein (B.A. ’19), a framed bachelor’s degree is the realization of a dream seven decades in the making.
By Torie Robinette
Kash Molwani (B.B.A. ’17) taught himself English by reading the dictionary. Now, the Schwarzman Scholar has his sights set on owning a media company.
By Kathleen Joyner