When Bacteria Fight Back

When Bacteria Fight Back

Professor Cynthia Nau Cornelissen on her work to develop the world's first vaccine against a sexually-transmitted superbug.
Use Scan QR Code to copy link and share it
interview by Jennifer Rainey Marquez 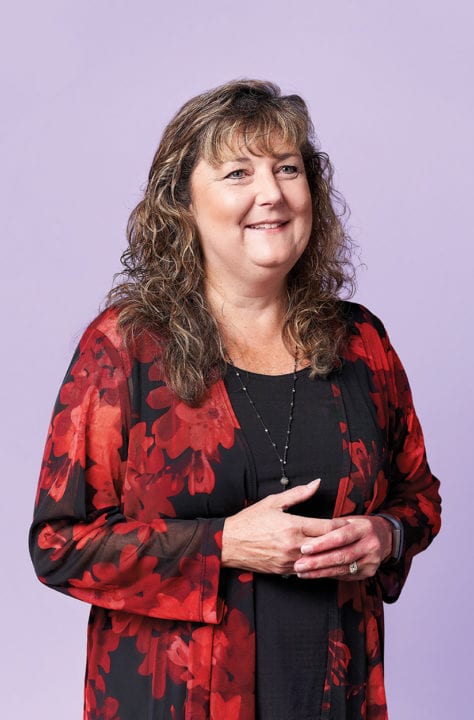 The Centers for Disease Control and Prevention (CDC) is warning that gonorrhea may soon become virtually untreatable thanks to antibiotic resistance. How did this happen?
Ever since antibiotics were first introduced, Neisseria gonorrhoeae, also known as the gonococcus, has become resistant to them within a very short period of time. It’s due to the biology of the bug. The gonococcus has an enormous capacity to take up DNA from the environment and integrate it into its own genome. In doing so, it picks up resistance factors very, very effectively.

What’s the current recommended treatment?
Two drugs are used simultaneously to treat gonorrhea: ceftriaxone, which is given intramuscularly, and azithromycin, which is given orally. The hope is that by using both drugs we can stave off resistance. But unfortunately, that therapy has already begun to fail in some patients.

Can physicians go back and start prescribing some of the older antibiotics again?
Unfortunately, the gonococcus not only accumulates new resistance, it maintains the resistance markers for older drugs as well. Usually, there’s what we call a fitness cost associated with a resistance marker. When you don’t use that drug anymore, the pathogen will lose its resistance to it. But that’s not what has happened with the gonococcus. That’s why the CDC considers it an urgent threat pathogen.

It’s also concerning because the number of people getting infected is growing, right?
Overall, the incidence of sexually transmitted infections is skyrocketing, and gonorrhea is no exception. From 2014 to 2017, gonorrhea incidence increased by 67 percent in the U.S., and syphilis incidence increased by 76 percent. The numbers are just enormous, although the good news is with syphilis there isn’t much antibiotic resistance, thankfully, and the treatment of choice is still penicillin. Gonorrhea is really the poster child for resistance.

Yet many people don’t realize they have it because it’s often asymptomatic in women. That is a problem because the bacteria can ascend into the upper genital tract and cause really serious complications, including ectopic pregnancy, pelvic inflammatory disease and infertility. It can also disseminate and get into the bloodstream. Before antibiotics were around, Neisseria gonorrhoeae often caused endocarditis (an infection of the lining of your heart chambers and valves that can lead to heart problems and stroke) and meningitis (an often-fatal infection that causes the membranes that surround your brain and spinal cord to become inflamed).

Why don’t we have a vaccine yet against gonorrhea?
A big reason is because Neisseria gonorrhoeae is what’s referred to as a chameleon. That means it can change its surface structure at an incredibly high frequency. It can change its surface antigens, which are substances that produce an immune response, at a rate of one in 100 to one in 1,000 cells, by turning them on and off.

That means it’s extremely hard to find something stable that you can use as a vaccine target — an antigen that is present in all strains and doesn’t change over time. You could develop a vaccine that’s protective against one particular strain and one particular sequence of antigens, but as soon as it varies, that’s it. Game over. It also means that our immune system can’t really mount a good immune response, because as soon as our bodies learn to fend it off, the bacteria changes.

So, you don’t develop a natural immunity if you’ve successfully fought off an infection?
No, and that’s another reason that developing a vaccine is challenging. We can’t look at the immune system of someone who has been exposed to Neisseria gonorrhoeae and cleared it, and say: Okay, what about this person’s immune response is different and therefore protective? Because there is no natural protection following an infection.

How are you working around these challenges?
My lab is focused on the gonococcus’s ability to hijack host proteins for their own use. All bacteria require metals like iron and zinc to make energy. And all mammals, including humans, go to great lengths to hide metals away from invading pathogens. That process has been referred to as “nutritional immunity.” The host sequesters metals by producing specific proteins that bind them up, so bacteria can’t get at them. It essentially starves the bacteria.

To overcome that nutritional immunity process, most successful pathogens deploy molecular metal cages called siderophores, which snatch the iron or other metal out of these binding proteins and bring it back to the bacteria. But Neisseria gonorrhoeae don’t bother with that. Instead, they snag the host proteins directly and extract the metals right off of them. They can do this because they are so sensitive to human proteins — gonorrhea does not infect any animal but humans — and have developed dedicated receptors for them.

If we can block that process with a vaccine that targets those receptors, though, we could stop the infection.

And these receptor targets don’t change as frequently as other antigens
No. The nice thing, with respect to vaccine development, is that all gonococcal strains produce that system and moreover they’re not subject to this high frequency variation process. We also know that they’re crucially important. When I was a post-doctoral trainee, the lab I was working in created a mutant that couldn’t produce this system, and we found that it could not cause infection at all in humans.

Listen as Cornelissen discusses her work on the Research Podcast from Georgia State University.