The Education of Rob Lanier

The Education of Rob Lanier

Georgia State’s new head men’s basketball coach brings a wealth of experience and lessons learned after working with some of college hoops’ top minds.
Use Scan QR Code to copy link and share it
Interview by William Inman (M.H.P. ’16)

He coached with Billy Donovan — now the head man for the NBA’s Oklahoma City Thunder — for four years. He spent 10 years with Tennessee head coach Rick Barnes and helped lead the Volunteers to the No. 1 ranking this past season. But if you ask Rob Lanier, Georgia State’s new men’s basketball coach, the man who might’ve had the most impact on his career isn’t even coaching anymore. 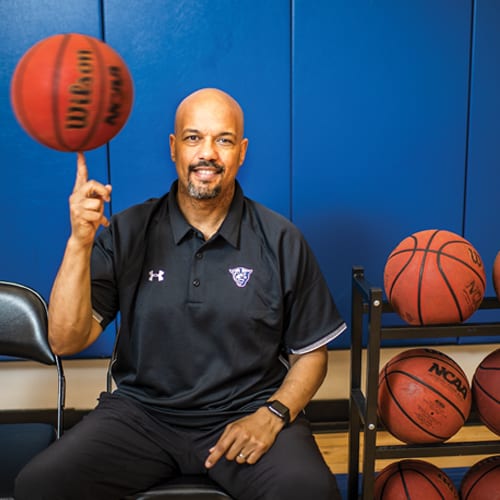 Jack Armstrong, now a sportscaster covering the Toronto Raptors, hired Lanier — then just 21 — to his staff at Niagara University in 1990.

“I learned a lot about organization from him,” Lanier said. “He had an obsessive-compulsive side to him. I used to sneak into his office and move stuff around on his desk to see if he would notice — he always did. He threw so much responsibility at me, and he trusted me with a lot.”

Lanier adds that he also learned a lot about himself during his first job as a head coach at Siena College, where he led the Saints for four years and took them to the NCAA Tournament in 2002.

“To be honest, I think my reputation as a rising young coach was moving faster than my actual development as a coach,” he said. “I got the opportunity to be a head coach probably before I should have.”

After Siena, Lanier spent two years on the staff at Virginia before joining Donovan at Florida. He hooked back up with Barnes, his old boss, at Texas in 2011 as associate head coach and assumed the same role when Barnes took the Tennessee job in 2015.

Known as an exceptional recruiter and tactician, Lanier has helped recruit nine McDonald’s All-Americans in his career. He takes over a Georgia State program coming off back-to-back NCAA Tournament appearances and one that will move into a new, improved arena in 2021.

We talked to Coach Lanier about his journey to Georgia State and what we can expect from his Panther teams.

Welcome. How are things coming along?

As good as can be. Everything’s happening really fast, which is normal in this business. The most energizing part is getting to know the players, and the more I get to know these guys, the more excited I get.

They’re a group of really good young people with a lot of potential. Some of them have been a big part of winning here, and others have been exposed to what it takes to win. So, already, there’s a positive culture of competition.

Every bit as exciting is assembling a coaching staff. At this stage, we bunk up and spend a lot of time together. You really get to know your coaches and get to know their families. I love that part, and it’s been great.

What attracted you to Georgia State?

When I first got a call, I started reading about [university president] Mark Becker, and the word “innovative” was mentioned several times, and that struck me. And I have close, trusted colleagues — coaches and administrators — who know and have a lot of respect for [athletics director] Charlie Cobb.

I know how important those two people are to the life of a program, so I was drawn to the place right away because of those two. But I’m excited mostly because it feels like a program that’s ready to take a big step forward.

Yeah, the team will be playing in a new arena in just a couple of years.

For me, it’s not so much about the place but what it represents. When you’re going to be breaking ground on a new arena, well, now you’re walking the walk on building up a program.

And for the university to want me to carry us into that … that’s pretty attractive. 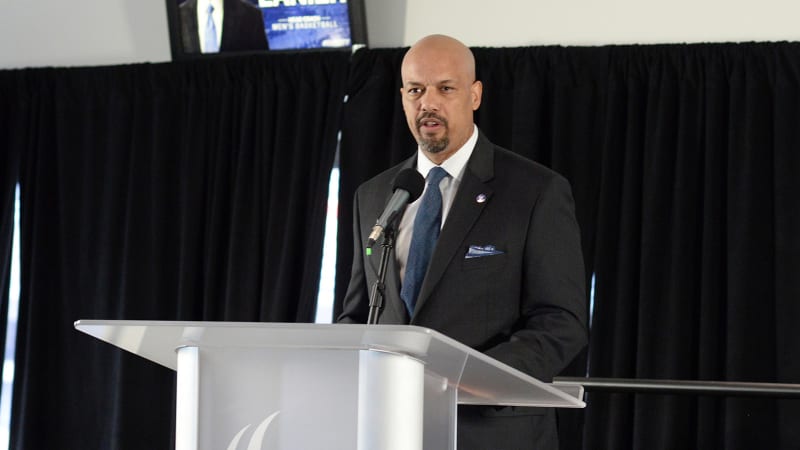 What’s your style of play?

If you ask people to describe in one word how our teams at Tennessee or Texas played, I would like to think they’d say “tough.” Generally, a tough team starts with defense, so defense and rebounding are really critical to what we’ll do.

We’ll play full-court, man-to-man defense. Offensively, we’re going to play fast. We’ll be a motion-oriented team that can take on different looks depending on the personnel on the floor. We’ll get bigger. We’ll have lineup options, both small and big.

Tennessee was ranked No. 1 last season and has steadily gotten better since you and Coach Barnes arrived. Is there a blueprint there?

There are definitely things we will draw from, but what’s essential to me is player development on and off the court.

I don’t look at that as a Tennessee thing, per se. Whether it’s Rick Barnes or Billy Donovan, I’ve been around coaches who care about young people. That’s what I’m about. You take pride in seeing a guy go from a freshman who doesn’t understand what it takes to win or improve to a dedicated player you’ve helped develop. And you also get to see the changes in their personal lives as young men. Player development is at the core of the program, and that will be the case here.

Besides coaches Barnes and Donovan, a national championship winner and an NBA head coach, who else has been instrumental in your career?

My first boss was a guy named Jack Armstrong at Niagara. He was a really young coach, and I was even younger when I got the job. He was truly organized, and I learned so much from him.

From there, I went to work for Jim Baron at St. Bonaventure, my alma mater, and we went there with the goal to resurrect a program at a school that was in bad financial straits at the time. And we did it. To be around a guy who always saw things through a positive lens was so important. There was never a bad day with that dude.

So, early in my career, those were the guys who influenced my outlook on things. Then, when I got with Rick and Billy, it was like “OK, this is how you do it. This is how you win.”

I was with Rick for 10 years, and I saw how being physical and tough affects winning. The emphasis on having a relentless and great defense, rebounding and being tough — and getting your team to buy into that — I’m bringing that here.

For Joyce Lowenstein (B.A. ’19), a framed bachelor’s degree is the realization of a dream seven decades in the making.
By Torie Robinette
Georgia State joins the CDC’s Prevention Research Center network with a new Clarkston-based office focused on migrant health.
By Jennifer Rainey Marquez
Going into his fourth decade as the play-by-play man for the Panthers, Dave Cohen (B.A. ’94) recalls some of Georgia State’s biggest sports moments and talks about his status as a superfan of the rock band Kiss.
By William Inman (M.H.P. '16)
Kash Molwani (B.B.A. ’17) taught himself English by reading the dictionary. Now, the Schwarzman Scholar has his sights set on owning a media company.
By Kathleen Joyner