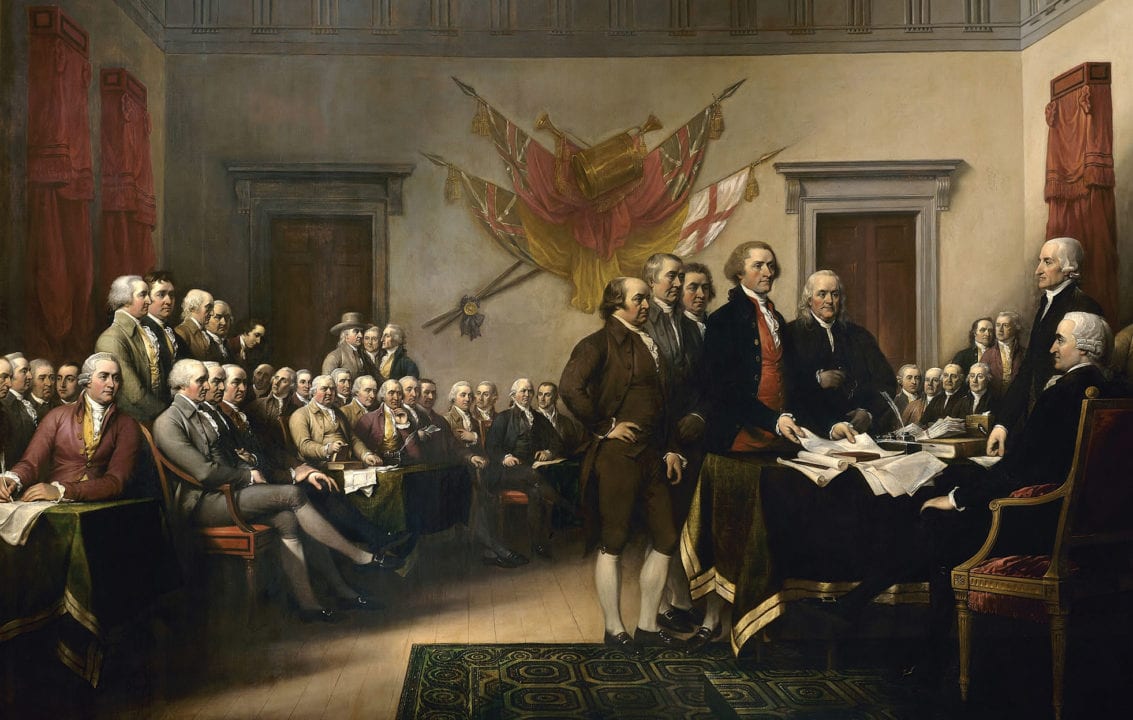 The state of Maryland and the District of Columbia filed a lawsuit in 2017 against President Donald Trump, arguing he had violated the U.S. Constitution by accepting payments from foreign officials in the form of hotel room bookings at Trump International Hotel near the White House. (The Constitution prohibits federal officials from receiving a “present, Emolument, Office, or Title” from a foreign state without the consent of Congress.)

The case was unusual in that it hinged on the meaning of a word — emolument — that has almost vanished from use since the Constitution was written in 1787. Trump’s attorneys maintained the definition was a narrow one that would not include hotel profits. Lawyers for Maryland and D.C. argued the opposite.

“This word might as well be from another language,” says Clark Cunningham, professor of law and the W. Lee Burge Chair of Law and Ethics. “It’s hard to know, what did ‘emolument’ generally mean 200 years ago?”

Cunningham’s research focus is applying corpus linguistics, or the study of how language is used in very large data sets of texts, to legal interpretation. Legal interest in this field has exploded in the past two years, after Brigham Young University digitized a large collection of historical documents known as the Corpus of Founding Era American English, and built an interface that allows the documents to be easily searched and indexed.

Cunningham likens corpus linguistics to going back in a time machine and eavesdropping on everyday Americans’ speech. Providing evidence of how words were used in the late 1700s is particularly important in today’s legal system because of the theory of interpretation known as originalism. This doctrine, which a majority of current Supreme Court Justices subscribe to, places the primary emphasis in deciding constitutional cases on the original meaning of the U.S. Constitution when it was ratified in 1789.

“The Constitution derives its authority not from its drafters but from the thousands of people across the 13 states who ratified it,” says Cunningham. “The question, for example when it comes to the word emolument, is not what James Madison thought it meant. But what did those people who ratified the Constitution think it meant? Linguistic analysis is a scientific way to try to answer that question.”

While the case was making its way through the courts, Cunningham was working on research project with a linguist at Northern Arizona University named Jesse Egbert, in which they analyzed more than 2,500 uses of the word “emolument” in texts written between 1760 and 1799.

They found the word frequently appeared with other nouns, as part of a list. And “emolument” appeared most often as the last word in the series, just after the word “and” or “or.” In 69 instances, it was preceded by the words “and other,” meaning the first things in the list were also considered to be types of emoluments.

“The discovery and analysis of these ‘and other’ phrases showed that ‘emolument’ could be applied to a remarkable variety of things, and often functioned to conclude a list as a catch-all word,” says Cunningham. Their research found no support for Trump’s legal team’s argument that emolument was used with a narrow meaning.

Their study formed the basis of what’s known as an amicus — or “friend of the court” — brief, an analysis typically offered from experts in the subject matter of a legal case who are not directly involved in the litigation. Cunningham and Egbert’s application of quantitative and qualitative analysis to interpret Constitutional meaning attracted much attention, including a story in the Washington Post the day the brief was filed. The editorial board at Law.com wrote that their “analytical method illustrates that attorneys and jurists do not, and should not, exercise any monopoly power on the authoritative approaches to interpreting the language of the law.”

Cunningham notes that although some legal scholars have pushed back on his approach, the idea that you could interpret the Constitution with something like scientific rigor is significant.

“I’m not advocating that judicial decisions should somehow be made by computers,” he says. “But if you can discern the original meaning of a word or phrase, that’s where you start.”

It’s an endeavor that has become possible only since the advent of the kind of computing power required to analyze large data sets. Before then, the search for original public meaning was criticized as lacking an objective basis. Lawyers could make an argument for anything by cherry-picking particular texts. But by doing mass computerized analysis of hundreds of thousands of documents, Cunningham says, scholars can take empirical evidence into account. He and Egbert are now putting together a plan for increasing the integration of applied linguistics into judicial decision-making.

“We’re just getting started,” Cunningham says, “but I think it’s entirely possible that 20 years from now, people will look back and say this is the most important development of the decade in terms of truly understanding the Constitution.”

Professor Cynthia Nau Cornelissen on her work to develop the world's first vaccine against a sexually-transmitted superbug.
interview by Jennifer Rainey Marquez
Professor Sang-Moo Kang may have found a way to make a safe vaccine for RSV, an infection that hospitalizes more than 50,000 infants every year.
by LaTina Emerson
A team of Georgia State economists finds that cleaning up school buses pays dividends in the classroom.
by Jennifer Rainey Marquez
At the Center for Research on Interpersonal Violence, Georgia State faculty are helping to stop assaults.
by Jill Neimark