Breaking Through the Noise

Breaking Through the Noise

A pair of Georgia State researchers shares lessons about communicating the growing threat of climate change.
Use Scan QR Code to copy link and share it
Interview by Noelle Toumey Reetz 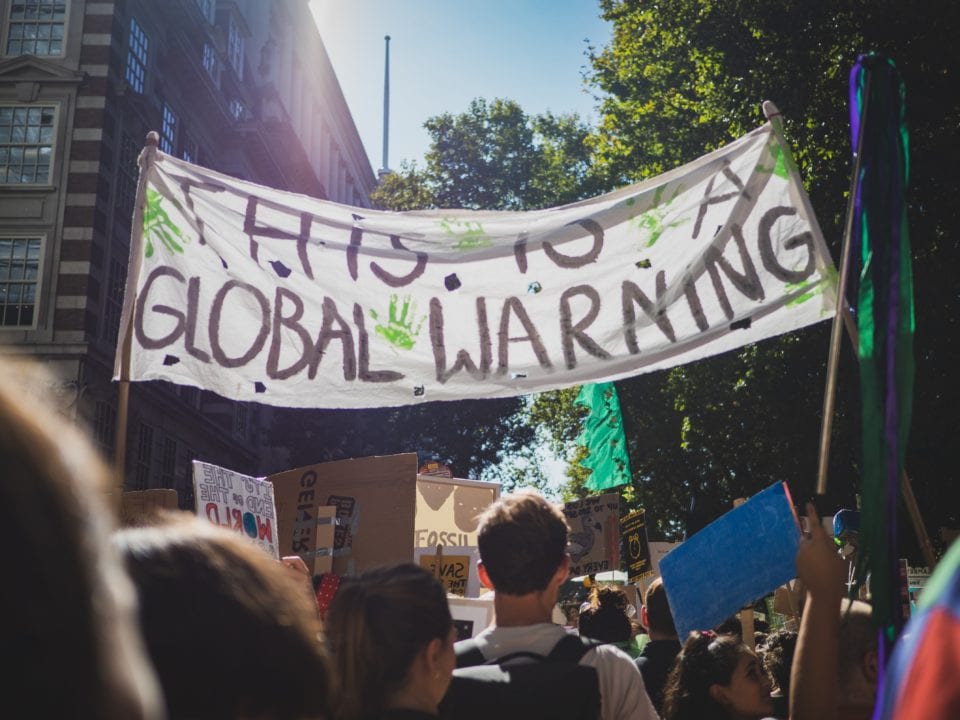 While the majority of Americans agree addressing climate change should be a top priority, public perceptions of global warming and related environmental concerns are deeply divided along partisan lines. How can experts talk about climate change in such a way that addresses skepticism? Two Georgia State University professors are studying how climate change messaging is shaped and perceived — and how it can be more effective.

Risa Palm, professor of urban geography, and Toby Bolsen, associate professor of political science, have spent years collaborating on research into how to effectively reach those who oppose action on global warming, and they recently published a book, “Climate Change and Sea Level Rise in South Florida: The View of Coastal Residents.” Here, they share insights from their work.

Why is it important to examine climate change communication?

Palm: Climate change is one of the most important issues facing humanity. Without coordinated global action, the Earth’s climate will continue to shift, increasing the severity of storms, making more people susceptible to droughts and wildfires, and perhaps causing irreversible damage to a diverse number of plant and animal species. In addition, humans will become far more susceptible to a variety of zoonotic diseases, such as we are experiencing currently with the COVID-19 pandemic.

Despite the seriousness of climate change, many Americans do not yet seem motivated to advocate for the major changes that will be required to slow the current trends. The work of climate scientists in predicting the very complex interactions in the physical world is urgently important. But equally so is the work of social scientists who can help increase the effectiveness of communication efforts.

This year, you published a book about residents in South Florida and how they understand the threat of rising sea levels near their homes. What did you learn?

Bolsen:  A lot of our research has been designing experiments embedded in surveys that look at how people respond to different kinds of information. In our book, we looked at how people in flood prone areas responded to visual depictions of flooding that would occur in their own community as a result of a direct hurricane coming in 15 years at current projections of sea level rise. We were surprised that after seeing the maps, there was actually a decline in the number of respondents who believe this is happening and that it will have an impact on their home values.

That’s the opposite of what one might expect. Why do you think those messages weren’t successful?

Palm: Yes, the maps had a counterintuitive effect: the people who saw them were less likely to show concern about climate change, sea-level rise and risk to their own homes than those to whom we did not show the maps. It seems that South Florida residents understand sea-level rise through a very partisan filter, and when it comes to their own home equity, they deny the reality of eventual losses in value.

All of our studies have involved the ways in which messages about climate change are understood and accepted by various populations. One way in which climate change becomes real is its impact on individual household net worth, and one measure of that is the value of one’s home. Statistical analyses of house prices for coastal areas have shown inconsistent results. Some demonstrate that house prices are falling in coastal areas such as South Florida and others find no such effect. Our current work is investigating a new source of information that has been added to the real estate listings promoted by the National Association of Realtors. We want to see if providing specific information to prospective homebuyers on the listing advertisement itself is having an effect on the housing market in Florida.

One of your recent surveys asked who was likely to be most believable when it came to delivering messages about the changing climate — and found that climate scientists were low on the list. Why is that?

Bolsen: We decided to study who can most influence opinions about climate. We designed a survey experiment to learn if linking sources, or messengers, with specific types of threats (“national security” or “environmental”) associated with climate change would strengthen or weaken the impact of the message. The messages were attributed to one of four sources: Republican Party leaders, Democratic Party leaders, military officials or climate scientists. In that study, we did not find a positive effect of climate scientists when linked with the environmental frame. In fact, in the case of climate scientists, we found a sort of negative shift, where Independents and Republicans responded in a negative way to the exact same information.

I don’t think it’s because people don’t trust scientists. Overall, I think we still want to go to a doctor. We still trust doctors and experts when our health is on the line. It’s just when we deal with this subset of scientific issues that have become infused with meaning and political identities, it undermines people’s ability to trust the science in the same way as if they were dealing with the information in a different context.

You also recently studied whether providing information about how to take individual action against climate change makes a difference in people’s behavior. What did you learn?

Bolsen:  We surveyed more than 1,900 individuals and presented a set of them with suggestions of personal actions they could take to help fight climate change (take fewer plane flights, drive less, eat less beef, use less hot water or adjust thermostats in their homes). What we found was that people who got those recommendations, whether from a climate scientist or not, were less likely than those who didn’t get the messages to say they’d be willing to take those actions and less likely to say they would vote for candidates who support these policies. They were also less likely to say climate change is happening faster because of human activity. And they became less trusting in climate scientists.

Again, those findings are so counterintuitive. Why do you think this was the result?

Bolsen: It could simply be that people don’t like to be told what to do. There’s a psychological phenomenon called “reactance,” that means when people believe that their choices are being limited or they’re going to have to engage in costly behaviors, they’re likely to push back against that and the message can backfire. Or it could be that people prefer upstream solutions. There was much less of a negative response to recommendations for enacting collective policies (new requirements on businesses) compared to recommendations for voluntary behavioral changes that may entail “personal sacrifices.” It also could simply be that many people don’t see voluntary personal changes as efficacious to address a global collective action problem on the massive scale of climate change.

What do you think needs to happen to help move the needle when it comes to impactful climate messaging? What needs to change?

Bolsen: The politicization of climate science and the rise of extreme partisan polarization present formidable hurdles for generating the public consensus necessary for meaningful policy action. We have to move past a long-standing focus on “educating” the public about the “facts” of climate change as a way to generate support for action, because people are often motivated to interpret information in a way that protects their existing beliefs, political identity and cultural worldview.

We have to recognize how different information-processing motivations can cause people to reject scientific information. Recent work suggests that climate messages are most impactful when they resonate with and affirm a person’s underlying values and identities. For instance, some recent work finds that Republicans respond positively to messages that emphasize market-based solutions for reducing greenhouse gas emissions. Our own work also demonstrates that when climate messages are linked with trusted in-group sources, such as Republican Party leaders emphasizing the risks of climate change, this information can be particularly impactful among Republican audiences. It is, therefore, crucial for Republican Party leaders to begin to advocate for meaningful climate action if we hope to depoliticize the issue and generate the public consensus necessary for change.

Palm: Simply providing more and better information to people will not necessarily change opinions. We need a strategy that will convince the general public that we need to make major changes, even if that requires individual sacrifices or doing things differently. We may need to change how much we travel, what we eat or the kinds of buildings we occupy. We may also need to agree to participate with other nations in efforts to reduce carbon emissions, or even to adopt some of the geoengineering strategies (such as carbon capture and storage) that could make society carbon neutral. Until people are convinced that we have a problem, that the problem is serious and that there are things we can and must do, little will change. And that would be tragic.