How many people will contract coronavirus this month? How will the stock market perform next quarter? Will you need an umbrella on Saturday? Given enough information, experts can build forecasting models to predict just about anything.

But even the best models are only as good as the data that are fed into them. That’s why Rajeev Dhawan, the Carl R. Zwerner chair of economic forecasting and director of the Economic Forecasting Center at Georgia State’s J. Mack Robinson College of Business, spends a lot of time analyzing raw numbers to figure out the “signal-to-noise ratio.”

“In academic research, we tend to take data for granted,” he said. “My job is to separate the data that’s useful from the data that’s irrelevant or, worse, jamming up the signal with misleading information.”

For example, at the beginning of each month the state of Georgia releases the amount of sales tax collected during the previous month. Although the state was shut down for 15 days in March, the report released in early April showed no significant decline in sales tax receipts.

“Did we spend so much in the first 15 days that we made it up? Common sense backed by observation says that’s unlikely,” said Dhawan. “The reality is that in March, retailers make payments on sales tax collected in the month of February. Knowing this timing detail is important if you want to really understand what’s happening in the state’s economy. To gauge the damage from the shutdown in March, you need to see the May report.”

Dhawan’s expertise as an economic forecaster has been in high demand during what is perhaps the most uncertain time in a century. Here, he discusses his perspective on the economic fallout from the COVID-19 pandemic and how he believes the next few months could play out.

In the U.S., employment numbers have been in free-fall for a number of weeks and consumer spending has plunged as a result. How has your perspective on the economic fallout of COVID-19 evolved as the pandemic has gone on?

The biggest question on everyone’s mind is, how long will the economic impact last? But the answer to that question is being dictated by the virus and the health response, and unfortunately that’s a big unknown. I believe that this month — May — is going to be very critical in terms of news from the health front if we are to have some kind of normalcy come fall. What kind of vaccines are in the pipeline, what kinds of treatments are being identified? Is there any ray of sunshine?

This is the month that will determine how the rest of the year plays out. This is the month when we need to have an idea of when it will end and what things will look like on the other side. If there is no news — or negative news — that’s not good. If people are too worried now to make plans for fall, then the game’s over for 2020 for tourism, for hospitality, for a lot of industries. There’s not a switch that will simply turn on in August or September. 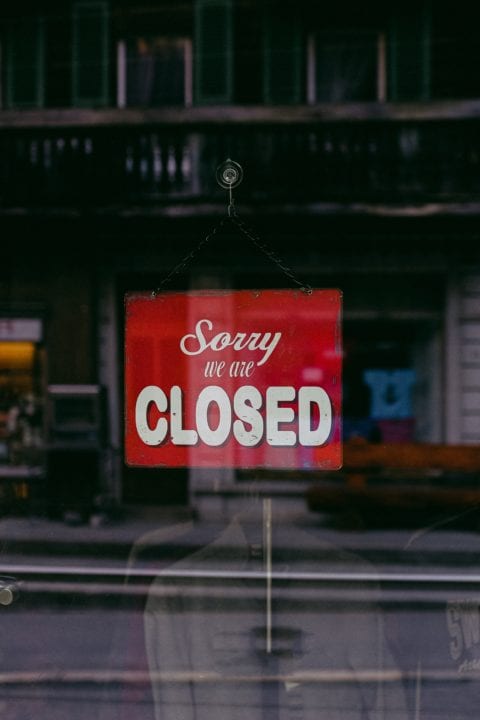 So as long as uncertainty continues around the virus, it doesn’t matter if the lockdowns are lifted?

It’s like we’re in the middle of a Category 5 hurricane that’s been going on for weeks — and it’s still happening. You can’t expect people to resume normal activity when there’s a hurricane going on outside the front door. You’re not about to go to a festival or walk into a conference with your peers. When you’re ready to be in a group with 100 people or more, that’s when we can get back to some normalcy. And that only depends on the medical news.

Everybody has a different tolerance of risk. Some people are bolder than others. But before I can make decisions as a consumer or as an employee or a citizen, I need to know — what’s in the future if I get exposed? What’s my expense if I get COVID-19? It could be a $20 insurance co-pay or it could be my life. When you can’t figure out your personal risk, that leads to greater risk aversion.

Normally there are a number of factors that influence the economy. Now it seems like there’s only one huge issue: COVID-19. Do you think that issues like the presidential election will become more important again in the coming weeks or months?

Right now, people are worried about their future financial prospects, their own safety and their children’s education. That’s on their mind first and foremost. If we get great news this month on the medical front, we’ll be thinking about politics again by the time September rolls around. Once the economy opens up, politics will come back. The trouble is, don’t know when that’s going to happen.

As the pandemic has spread throughout the world, it has impacted supply chains. What do you think COVID-19’s impact will be on manufacturing?

Some industries, like clothing manufacturing, can easily move their manufacturing to different facilities in different parts of the world. They don’t have to rebuild a plant in a different country, they can just use a different vendor. For others, it’s not so easy. Those businesses need to start thinking about, ‘Where can I manufacture my stuff two years from now?’ Right now, though, people are more immediately concerned about making payroll this month.

What about the housing market? Thanks to rising unemployment, are we on the cusp of another crisis like the one we saw in 2008?

The pandemic started as a biological shock, and then it became an economic shock. Your question is, will it become a longstanding financial problem? My thinking as of right now is no. People are still buying homes. The stock market took a big hit in March, but people’s 401(k)s recovered 50 to 75 percent of that value in April. When people feel wealthy, they tend to spend, especially on real estate. And there will always be those who are bigger risk takers.

Also, this has not, as yet, become an income generation problem for most people, although that may change. In Georgia, 15 percent of the population works in retail and hospitality, but the state has seen more than 20 percent of its workforce file for unemployment, which means job losses have gone beyond those industries. If you don’t expect to come back to your job by 2021, and particularly if this starts to hit higher-paying jobs, it will then become a financial problem.

Those in the most trouble are people who bought second or third homes thinking they would make money by renting them on sites like Airbnb. But that’s a very small segment of the market. Buyers may also start to think twice about certain types of structures. Why buy a condo in a high-rise that has a shared elevator and shared common spaces — especially if I’m in a group that’s vulnerable to the virus — when I can buy a single-family home with outdoor space? We’ll see how people react in the sense of risk aversion.

In your February 26 forecasting report, you were already expressing concerns about Georgia’s economic momentum. Has COVID-19 and the pandemic response in Georgia changed your perspective on the state’s prospects, for better or worse?

The uncertainty caused by the pandemic has led to something like corporate paralysis. If you don’t start a new project in the next few months, then you don’t reap the benefits a year from now. The game for 2021 growth prospects is being set up as we speak, and it’s not good, because companies are punting. Instead of investing for tomorrow, they’re conserving cash, they’re shutting down projects.

In Atlanta, the economic shock started with our bread and butter, which is airlines, hotels, restaurants and convention business. Transportation and tourism just got the rug pulled out from under them. The recovery from that depends on when we can feel safe planning a meeting of 100 or 200 people again.

What is the next big issue that you’re monitoring in terms of the pandemic’s impact on the economy?

State and local governments will be the next to feel the effects. Income taxes aren’t being collected because people are unemployed. Sales taxes aren’t being collected because they’re not spending. That revenue has taken a shellacking. Even if you were going to pay taxes, the deadline was extended from April 15 to July 15. That hit is coming. The issue is, will the federal government provide some help? I believe they will, but will it be enough?

Do you think there could be a long-term psychological impact from the pandemic that influences consumer behavior even after the threat is past?

The pandemic is accelerating trends that were happening already. Before, you would never get takeout from a nice restaurant. But you did during the month of April. You would always go to the movie theater rather than streaming a new release. Now, movies are being released online first. These things probably won’t go away even after the pandemic ends. Eventually, we hope that there will be a vaccine or a cure that would make people again feel comfortable buying concert tickets, going to a big conference. But a year from now, if you’re still worried about being in a movie theater with 100 people, what does that tell you about the future of hospitality in Atlanta?

Dhawan is the director of the Economic Forecasting Center at Georgia State’s J. Mack Robinson College of Business, one of the country’s premier forecasting centers, where he develops forecasts for the U.S., Southeast regional and local metro Atlanta economies. His academic research analyzes U.S. business cycles with a special emphasis on the role of credit markets on growth and survival of small firms.