ONE IN FOUR U.S. CHILDREN EXPERIENCE SOME FORM OF CHILD ABUSE IN THEIR LIFETIMES, and one in seven has experienced abuse or neglect in just the past year. Along with its damaging lifelong trauma, the issue of child maltreatment bears other, expensive, consequences. The total lifetime economic cost of child abuse and neglect is estimated at $124 billion annually.

So what can be done? Who steps up to help the most vulnerable among us? Rebecca Wilson (Ph.D. ’18) has taken up the flag.

As a Behavioral Scientist for the Department of Health & Human Services (DHHS) and the Centers for Disease Control & Prevention (CDC), she has made it her life’s mission to reverse the grim statistics of childhood violence and abuse. 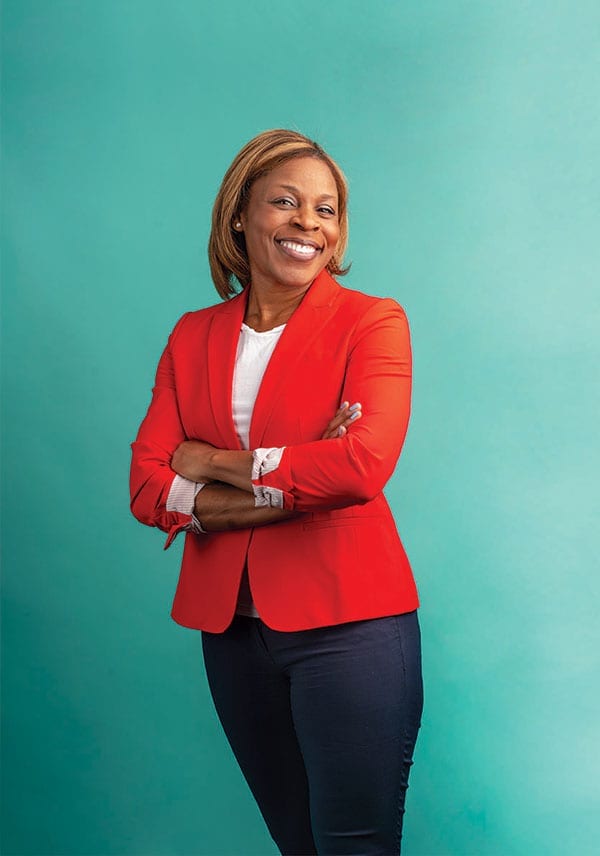 For Wilson, it’s a true calling. Her own south Georgia childhood left her sadly familiar with situations that can turn kids into statistics. She managed, with pluck and luck, to fight free of poverty and enter a life of accomplishments.

She’s now using that life to better understand the circumstances and risk factors of child maltreatment. Used with a comprehensive prevention strategy, the insights of her work can help assure safe, stable, nurturing relationships and environments for all children.

Health Care in a Prayer Line

Wilson was born and raised in Tifton, a rural community of just more than 15,000 people in southwest Georgia. She grew up in a family of 17.

“My family and I lived 200 percent below the federal poverty level in what can only be described as abject poverty conditions,” she said. “Not only was our house uninhabitable, but we also lacked indoor plumbing until 1994. We got our water from the local church, and we accessed primary health care at the altar, in a prayer line, at the small church my family attended.

“In this religious community, there were a lot of rules that limited free thinking — all the way down to dress length, lipstick and things like that,” said Wilson. “Education was not a priority. Neither my father, nor my mother, nor 11 of my 16 siblings finished high school.

“At an early age, I realized that college was a way for me to expand my thinking and immerse myself in an academic culture that thrived on diverse ideas and perspectives,” she said.

Determined not to allow her childhood to define her or determine the trajectory of her life, Wilson focused on education. College prep high school courses fueled her big dreams, and after a college recruitment fair, she applied to Georgia Southern University.

“I remember when I informed my parents that I had been accepted,” she said. “My dad looked at me and said, ‘I didn’t tell you you could go to college.’

“It wasn’t that he did not want me to aspire and do better in life,” Wilson said. “It was just that education was not a priority.”

She responded in a respectful, yet resolute voice. “I didn’t ask you.”

“I wasn’t being disrespectful,” Wilson said. “I was just asserting my independence. At that moment, I decided what direction I wanted my life to go.”

Wilson’s dad and mom showed loving support. They drove her to school and helped her move in.

Bread Crumbs on a Career Path

Wilson says she didn’t have a dime to her name the day she arrived in Statesboro, Ga., to start her higher education. A kind lady in one of the apartment leasing offices knew a girl who needed a roommate, and Wilson found a lucky roof over her head.

She applied for federal student loans and grants, then survived on the generosity of friends until money came in. After classes, she worked at a convenience store, then at a Sonic and a Captain D’s — “anything to help pay the rent,” she said. She put in 10 hours of work-study a week in an entomology lab, studying bugs and their strange ways.

It all paid off in the late 1990s when Wilson proudly took her diploma. Later, already into her career, she added a master’s in public health.

In her last year as an undergraduate student, Wilson began working in an area nearer her heart.

“I was child advocate at a domestic violence shelter, where I was responsible for answering the crisis hotline and organizing activities for children living there,” she said. “It gave me a different kind of education. I found that most of the children I worked with had experienced some form of abuse or neglect.”

Her own story allowed her to empathize deeply with those in her care.

“My personal experiences really sensitized me, humbled me, and allowed me to see beyond the eyes of a child and withhold judgment,” she said. “I respected these children. To even be sane after what they’d experienced was a blessing.”

In 1998, Wilson moved to Atlanta to work as a behavioral health specialist at a residential treatment facility. She moved on to Maryland to work as a public health analyst with the DHHS to focus on improving access to health care for people who are uninsured, isolated or medically vulnerable.

The combination of life and work experiences solidified her professional interest in public health and laid the groundwork for her doctoral work and her responsibilities at CDC.

“I see all of my experiences as ‘bread crumbs’ that have guided me down a clear path towards my goal,” she said. “I actually think this path chose me, not the other way around.”

After finishing her Ph.D. studies, Wilson traveled for five weeks in Africa. Here she is at the base camp of Mt. Kilimanjaro.

“Reviewing these data, I am able to identify a lot of precipitating circumstances and characteristics surrounding child deaths” Wilson said. “This work influenced my Ph.D. study, of course, and I was able to use it for my dissertation and also in presentations of my findings at national conferences.” (Wilson has spoken at the American Public Health Association annual meeting, among other venues.)

She finds the data reveal important — if unpleasant — information about child maltreatment. She’s been able to help draw a clearer picture of how and why children are killed based on multiple factors: the relationships between the victims and the perpetrators, household challenges and other circumstances that place children at risk.

Wilson understands the value of her work. She also knows what’s at stake.

“Understanding circumstances and characteristics of these types of deaths can help inform primary prevention efforts,” she said. “And with the right prevention efforts, we just might keep these deaths from occurring in the first place.”

Wilson spends off-hours running, listening to the great Chicago blues guitarist Buddy Guy, and catching shows at the Fox Theatre, not far from her condo in midtown Atlanta. She enjoys reading romance novels and, now that her Ph.D. school work is behind her, looks forward to becoming a sports fanatic again — especially football.

She likes to travel. On her most recent international trip, five weeks in Africa, Wilson raised a Georgia State flag on the summit of Mount Kilimanjaro, the highest mountain on the continent.

Wilson says she takes her greatest joy in “goofing off and spending time” with family, especially nieces and nephews.

“They call me the ‘fun’ aunt, and I relish that title,” she said.

They could just as easily call her the “inspiring aunt” since several nieces and nephews have followed Wilson’s footsteps out of the piney woods and red clay of Tifton into higher education. Many of her siblings have also gone back to school for general education diplomas and post-secondary education degrees.

“It’s a testament to what educational institutions can do for even one family,” Wilson said proudly.

Her nieces and nephews can consider themselves lucky kids. Too many others, not so very different, experience adverse childhood experiences. Sadly, many never escape the steel grip of poverty, addiction and violence that permanently holds down many rural Americans — especially people of color and people without higher education.

As Wilson continues her work in the area of child maltreatment, she’s always aware of a very special bond.

“My lived experiences give me an advantage,” she said. “When I look at them, I see myself.” 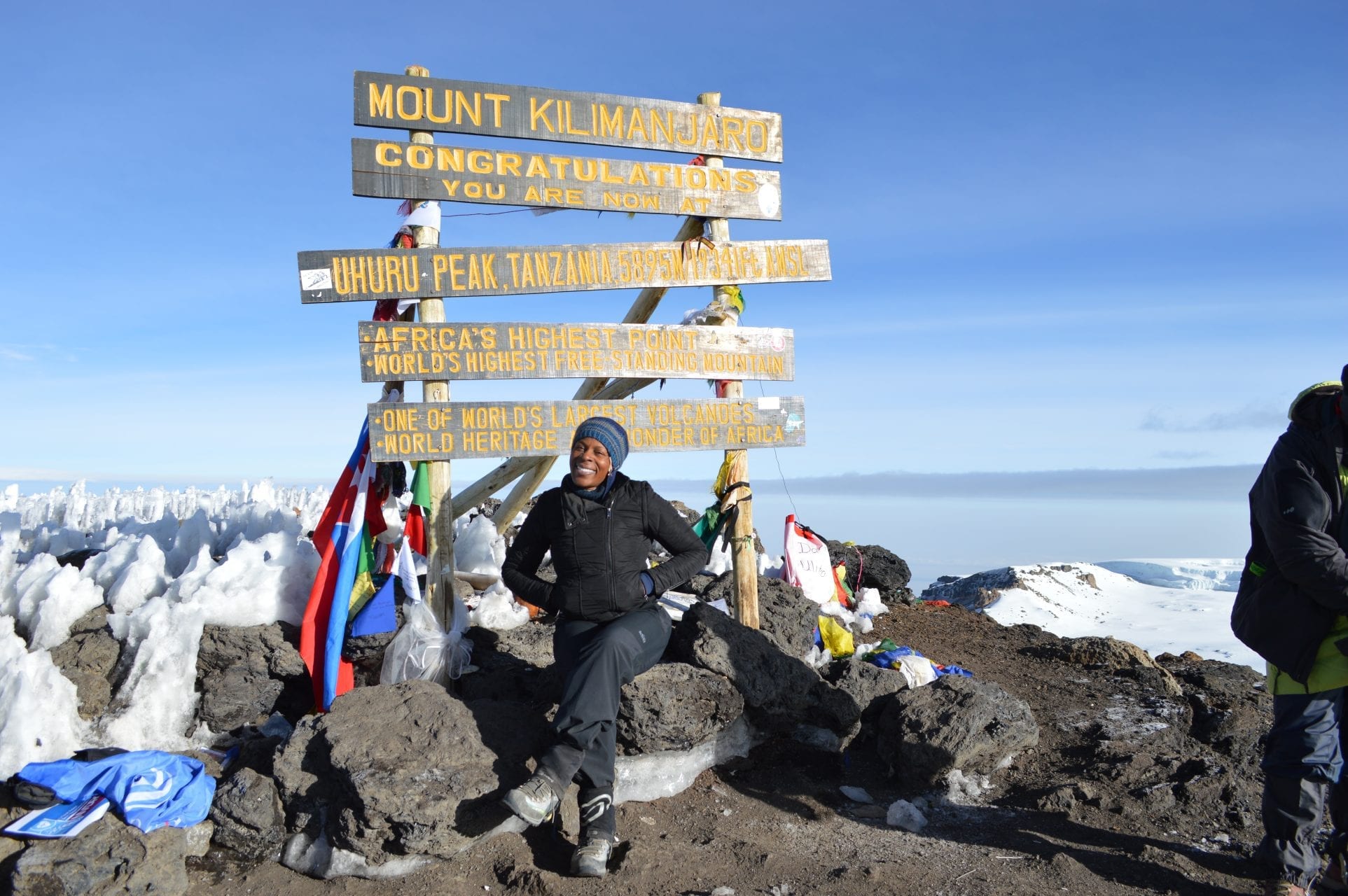 Lee Thomas (M.A. ’91), head of the Georgia Film, Music & Digital Entertainment Office since 2011, is a big reason why the state is a top spot for film and TV.
Interview by William Inman (M.H.P. '16)
Matt Wilpers (B.B.A. ’06, M.P.A. ’07) is a star cycling coach and fitness instructor for Peloton, the revolutionary tech company with more than a million subscribers.
By Abby Carney (B.A. '08)
Senior and team captain Malik Benlevi (B.A. ’19) caps a stellar career as one of the top three-point shooters in program history.
By Austin Birchell (B.A. '20)

Lee Thomas (M.A. ’91), head of the Georgia Film, Music & Digital Entertainment Office since 2011, is a big reason why the state is a top spot for film and TV.
Interview by William Inman (M.H.P. '16)
Matt Wilpers (B.B.A. ’06, M.P.A. ’07) is a star cycling coach and fitness instructor for Peloton, the revolutionary tech company with more than a million subscribers.
By Abby Carney (B.A. '08)