Computer science students Isaac King and Hoang Huynh are among just 61 students from two-year colleges across the nation to receive the highly competitive scholarship this year.

By Rebecca Rakoczy and Kysa Daniels

Nancy Kropf, dean of Perimeter College, notified the students of their selection during a surprise announcement marked by tears and hugs — not only from the recipients, but also from the college’s faculty and staff.

For King, an Honors College student at Perimeter, the scholarship represents not only financial assistance, but a dramatic academic turnaround.

“I’m just overwhelmed, honestly,” King said. “This is a huge experience, and I’m so thankful.”

Huynh, the first in his family to attend college, said the scholarship eases his financial struggles and lets him continue his studies beyond his associate degree. The award also validates the sacrifice his family made for his education, including Huynh’s dad selling their family home so his son could attend college in the United States, he said. 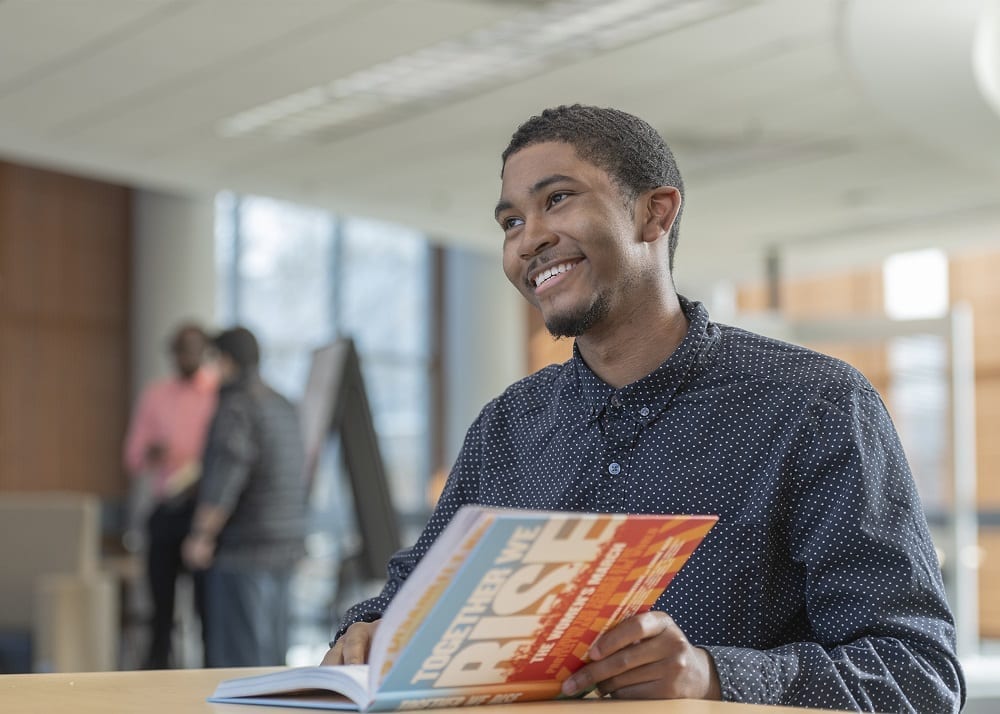 “When I was 5 years old, my mother was robbed at gunpoint in front of me,” King said in an interview prior to the announcement. “It was so devastating. I was so young, I didn’t know what to do. I wanted to protect her and couldn’t do it.”

The incident affected him for years, he said. There were other stress points, too. His parents were separated. His father was in jail for most of King’s young years and provided little support. King said he later worked to help his family financially but didn’t concentrate on his studies and was a lackluster student. It wasn’t until his dad temporarily came back into his life that he knew he had to shape up.

“When my dad was released from jail, he really impressed on me that he had missed the opportunity to go to college and that there were not many opportunities for black men who don’t go to college,” King said. “He, alongside my hardworking mother, let me know that it was not the time to give up. He inspired me just to go to college.”

Because of poor grades in high school, it took King some time to catch up. He learned how to manage his time with his studies, enabling him to be active in student activities.

In 2017, he found a new passion tutoring refugees and was elected president of the Mentoring Initiative for New Americans, a program offering mentoring support to refugee and immigrant students seeking college admission. He also was named president of the Alpha Zeta Mu Chapter of Phi Theta Kappa and served as vice president of the Clarkston Computing and Engineering Club.

This year, King was honored with the 2019 New Century Transfer Pathway Scholarship and was recognized as the top scoring student from Georgia for the All-State Academic Team Award, and also was part of the team that took third place in the national Google Hackathon at the National Society of Black Engineers conference in Detroit.

King’s journey has impacted more than his own life. After being released from jail, his father was inspired to pursue a college degree himself, and he now attends Columbus State Community College in Ohio.

King is interested in pursuing a degree in computer science. He has applied to Stanford University, Georgia Tech, Howard University and Georgia State. Huynh, a native of Vietnam, knew he had to succeed in the United States. His father believed in him so much that he sold the family home in Vietnam to help pay for Huynh to travel to the United States and attend college. 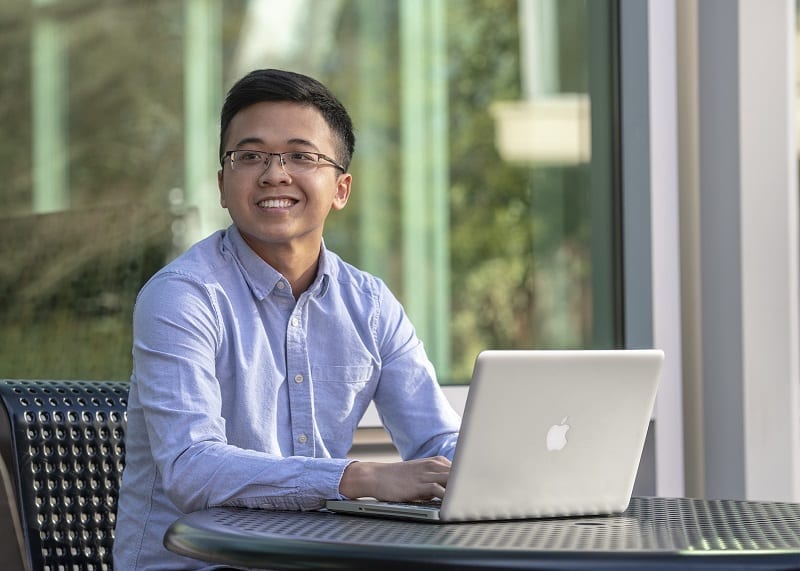 It wasn’t easy, however. Huynh, who wanted to study computer science, knew the language of mathematics but struggled with speaking English. Before starting on his classes, he twice took English as a Second Language (ESL) classes on Georgia State’s Atlanta Campus.

When he passed the ESL test, Huynh started classes at Perimeter College. He got involved in the Math Club on the Clarkston Campus and was elected club president. He got a job as a tutor in the Mathematics Engineering and Science Achievement lab on Clarkston Campus and worked part time as a waiter at a Vietnamese restaurant in Jonesboro — all the while maintaining a high grade point average.

Huynh also was part of the team that recently placed third in the Google Hackathon contest during the National Society of Black Engineers conference.

Now 21, Huynh credits Perimeter math professors, such as Diana McGinnis, with helping him to excel and encouraging him to get involved in organizations and activities like Math Club and math competitions.

He hopes to study artificial intelligence. He has applied to the Massachusetts Institute of Technology, Georgia Tech and Georgia State.

A History of Scholars

Before beginning their journeys as Jack Kent Cooke scholars this fall, Huynh and King will keep busy this summer working and researching. The University of Arizona selected Huynh to do research on self-driving cars. King heads to Houston where he will intern at Chevron as a network engineer.

King and Huynh are the 18th and 19th students from Perimeter College who have received a Jack Kent Cooke Foundation scholarship since 2002.

The Jack Kent Cooke Foundation works to advance the education of exceptionally promising students who have financial need. Since 2000, the foundation has awarded $175 million in scholarships to more than 2,300 students from eighth grade through graduate school, along with comprehensive counseling and other support services. The foundation also has provided more than $97 million in grants to organizations that serve such students.

“Our recent ‘Persistence’ report highlights the vast potential, and achievements, of community college transfer students — who go on to outperform their peers at selective four-year institutions,” said Seppy Basili, executive director of the Jack Kent Cooke Foundation. “In an era where many high-achieving students often begin their higher education journey in community college, the foundation is committed to enabling these transfer students to pursue their academic dreams at the nation’s top colleges and universities.”

The foundation evaluated each of the nearly 1,500 applications submitted this year based on academic ability, persistence, leadership and service to others. The recipients selected represent 18 different states, have a median household adjusted gross income of $28,000 and an average grade point average of 3.93.