Karen Graham left her job as the respected host of “Good Day Atlanta” to create the first digital network that broadcasts exclusively in American Sign Language.
Use Scan QR Code to copy link and share it
By Kysa Anderson Daniels

Karen Graham’s new work space is a different world than the Fox 5 set of “Good Day Atlanta,” the popular morning show she hosted for seven years. In her new digs, there’s no plush leather couch, no array of lights and cameras, no perfectly coiffed TV personalities bustling around. 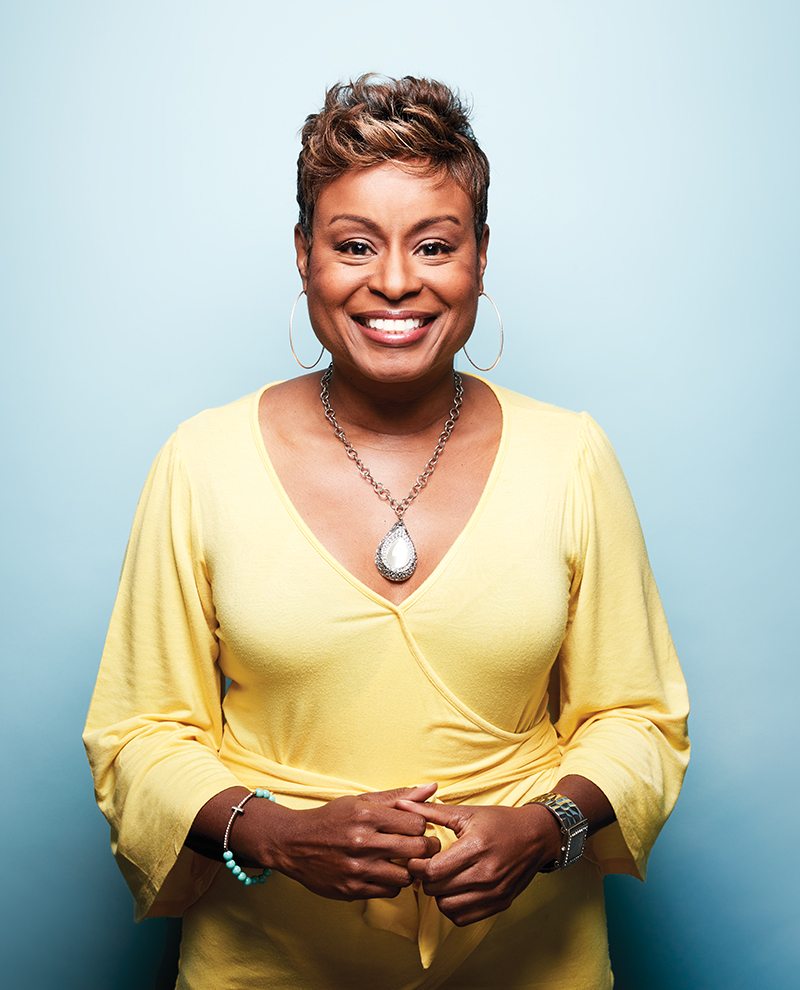 She wouldn’t have it any other way.

Graham, who has been in front of the camera since 1997 as a sports anchor and high-profile morning show host, is now the executive producer of Sign1News, a digital news network that delivers the day’s top stories in American Sign Language (ASL).

The network has been on the air for six months and broadcasts in 80 countries. As a CNN affiliate, Sign1News uses ASL to tell the same stories seen on CNN.

“We track where we’re being viewed, and we know there’s someone in Norway watching us,” Graham said, laughing.

The set of Sign1News is modest. There’s one small green screen, a couple of standing lights and one camera. The industry-savvy Graham says the lean operation is by design.

“These days, you don’t need an elaborate studio,” she said. “We’re taking advantage of technology to shake up how news is delivered.”

All the Sign1 anchors and some of the production staff are deaf. One of Graham’s goals is to maintain a deaf majority among her employees.

“The deaf community is very tight,” Graham said. “We have to build trust, and the news is all about building trust.”

Graham announced she was leaving Fox 5 Atlanta in 2016 after 16 years as one of the network’s leading anchors. Her decision left many wondering why the respected journalist would suddenly leave at the top of her game. While she didn’t reveal her post-Fox plans, her farewell video, communicated entirely in ASL, gave an inkling.

When people witness Graham’s proficiency in ASL, they often want to know about her connection to the deaf community and whether she has a loved one who’s deaf or hard-of-hearing. The answer is no.

In fact, Graham initially resisted what she considers a spiritual attraction toward sign language. She enrolled in an ASL class at Perimeter College in 2006, intending to take only one class.

But Graham says she absorbed the language rather effortlessly and continued taking classes until she had completed the entire program.

“She is amazing. It’s safe to say she made an A,” Shive said, noting that’s not an easy task in a program as rigorous as this one.

“The deaf community has a special place in my heart, so I knew my next career step would fall in this area,” Graham said. She’s speaks with both conviction and peace. She says she knows she’s on the right track and doing exactly what she’s supposed to be doing.

“I can’t wait to see how this grows and where it goes,” she said.