Atlanta Has A Sam

Use Scan QR Code to copy link and share it
Interview by William Inman (M.H.P. '16)

Atlanta Has A Sam

Four years ago, Pulitzer Prize–nominated author Charles McNair wrote a feature story for the Georgia State University Magazine on Sam Massell (B.C.S. ’51), the inimitable former mayor of Atlanta. McNair’s prose impressed Massell so much he approached the writer to pen his biography. The result is “Play It Again, Sam: The Notable Life of Sam Massell, Atlanta’s First Minority Mayor,” a warts-and-all book that follows Sam from his days as a 9-year-old entrepreneur running a “Co’Cola” stand in Atlanta’s Druid Hills neighborhood through his exceptional life of public service.

Massell was the city’s first Jewish mayor, and his one term from 1970 to 1974 was filled with accomplishments. He appointed the first African-Americans to offices of influence, including the first woman on the Atlanta City Council. He oversaw the development of the Omni Coliseum, created Atlanta’s Urban Design Commission and established MARTA, Atlanta’s public transit system.

He lost a bitter race for reelection to Maynard Jackson, Atlanta’s first African-American mayor, but he is widely credited as being a conduit for change in City Hall and a champion of Atlanta’s dynamic growth at a pivotal time in history. William Inman, editor of the Georgia State University Magazine, sat down to discuss the book with Massell, now 90, who still works six days a week as the director of the Buckhead Coalition. McNair, who lives and works in Bogota, Colombia, joined in via Skype. 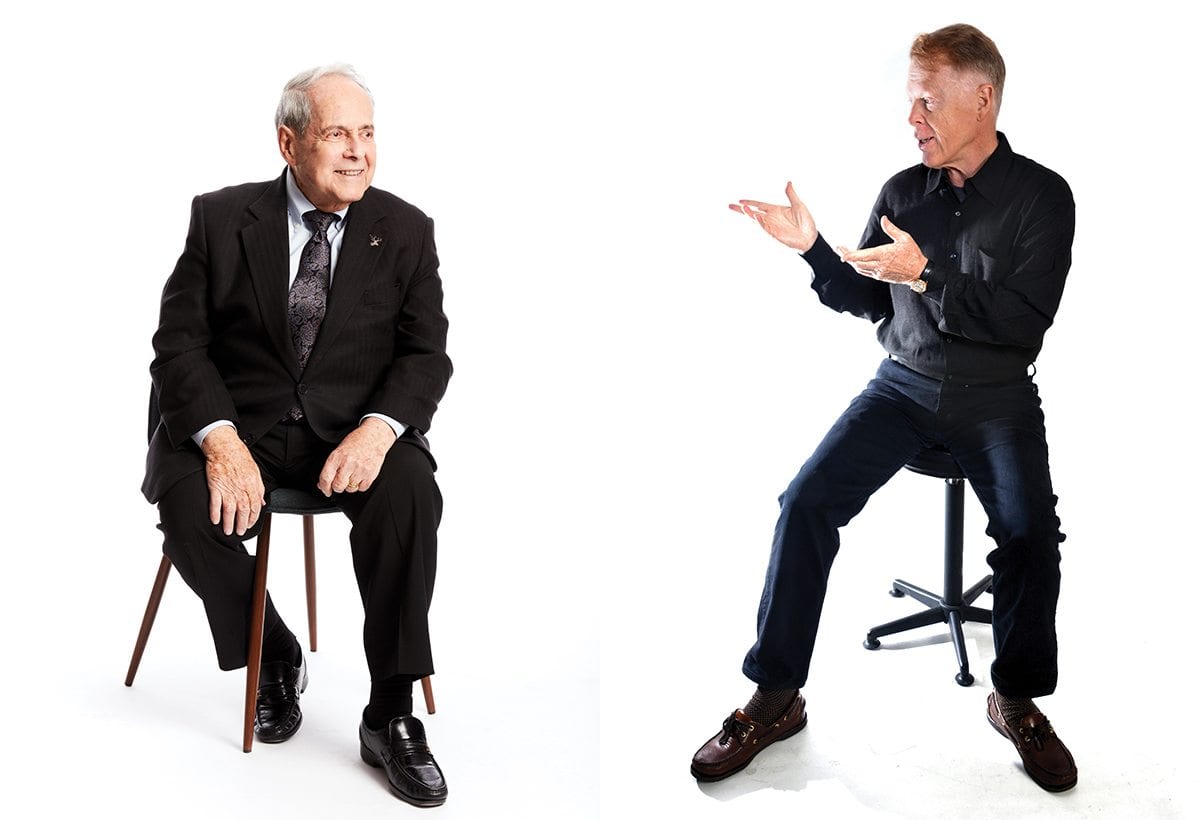 Inman: I like to take a tiny bit of credit for this book and for bringing the two of you together.

Massell: Well, the origin of the book is the two of you and the Georgia State magazine. As you might imagine, having spent 22 years in elected office and a lifetime in civic service, I’ve had a lot written about me — some of it favorable, a lot not so much. I believe everybody has a book in them, and when I saw what Charles wrote — his writing, his style, it was so good, it just spills out — I said, “That’s it. There it is. I’m going to do it.” And soon after, we sat down and got started.

McNair: The way we worked on the book was I would look at Sam, and he would start talking. And about every 30 minutes, I would say “uh huh,” and he would start talking again, and we did that about 40 times — about twice a week for 20 weeks. Those were some of the best afternoons I’ve had in my career as a writer. It was really rich having an oracle and a shaper of Atlanta’s history tell Atlanta’s story.

Massell: I enjoyed every bit of it as well, and we never had a cross word. I imagine that’s pretty unusual between an author and a subject. From the very beginning, he said he wouldn’t write this book unless it contained some of the negative as well as the positive because it wouldn’t be honest or interesting. That was the only part of the whole deal that I didn’t like (laughing), but I understood and respected it. If I had to polish it, I would have made me 6 feet tall instead of 5 foot 5.

McNair: Sam’s story has been overlooked and maybe shoveled under a little by the freight train of history. It began to dawn on me early on that the stature of this man is enormous. He is one of the great citizens of Atlanta history — of the whole history of this place. And he has had a tremendous influence shaping this city. He’s a builder, a visionary, a man who saw 30 or 40 years ahead.

McNair: Without any question, the stories of his childhood in Druid Hills. Those resonated with me because it was a distant time that still had the echoes of the old South I heard about from my parents and grandparents. Sam’s descriptions of those days were so colorful and so wry. He’s very funny. There was a guy who lived next door to Sam who wanted to convert him into a Christian, and he would give him Nilla Wafers and Kool-Aid. I remember Sam told me, “I always ate the cookies, but I never drank the Kool-Aid.” I must’ve told that story 10 times over the next two hours to all my friends.

Massell: There is work on a documentary about Druid Hills, and they invited me to be part of it because of that reference in the book. So, I spent an hour or more telling these same stories on film. We made it big!

Inman: Mayor Massell, your life is written out on these pages. What would you say makes you the proudest? Or, what is your favorite part of the book?

McNair: That part about Sam. 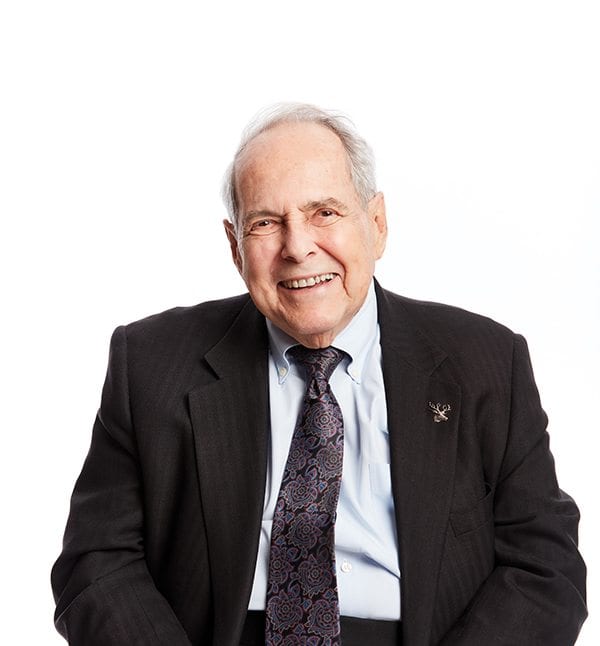 Massell: (laughing) It’s interesting you ask, but I haven’t narrowed down a favorite story or part. I find myself talking about different parts of the book to different audiences. I only had 22 years in elected office, but I’ve had a lifetime of civic service. And I do talk a lot about my early days, from being 9 years old and the executive of *Bud’s Place, and on to age 90 and being the president of the Buckhead Coalition, being mayor and all the jobs in between. But, I’d say the work ethic is an important part. It was instilled in me by my father who felt so strongly that you give back to your community more than you receive.

*The name of Massell’s “Co-Cola” stand.

McNair: One of the most important things to me was Sam’s Jewishness. Times have certainly changed, but Sam Massell had to climb a mountain to become the mayor of the largest and most important city in the deep South. It’s a tremendous story. Sam not only overcame but, in a way, changed and broke an old model of how Jewish people were seen in the South. And that’s just a mention in his achievements. This man is an iconoclast. Sam, you’d make a great movie.

Massell: I’ll take that as a compliment. It’s fitting that you mention the subject of Jewish people being accepted in the South. I was the first Jewish person to run citywide and get elected to president of city council before I was the mayor. After my election as mayor, we were able to follow that up with the appointment of gays to the community relations commission, the first woman to the city council and blacks to lead important city departments. All along the way, Atlanta learned how to operate as one, and that’s important. Atlanta has learned how to make things better, and we know that we’re stronger as one. We know how to operate as one, and we strive to do so every step of the way.

Inman: There’s a story in the book that takes place after your loss to Maynard Jackson in the 1973 mayoral election. You and **Doris went to Jamaica afterwards to get away from it all, and during dinner one night, in walks Maynard Jackson and his entourage.

McNair: (laughing) You know, our theme for the book, “Play it Again, Sam,” comes from the movie “Casablanca,” and while telling this story, Sam stopped and looked at me and said, just like (Humphrey) Bogart, “Of all the gin joints in the world, he walks into this one.”

Inman: Another part that really stands out in the book is the value you place on education.

Massell: I was not a good student. But I felt like, if I would go and sit there, I’d get something by osmosis if no other way. Showing up is half the business. And it worked, evidently. Even though I spent time at the University of Georgia, Emory, Georgia Tech, Atlanta Law School and Woodrow Wilson Law School, Georgia State University is the place where those ***pieces of parchment I earned are the most meaningful.

***Massell earned a bachelor of commercial science in 1951, a postgraduate certificate in selling in 1952 and a postgraduate diploma in real estate in 1953.

McNair: Have you met anyone else who went to two different night schools at the same time? And he walks out of Georgia State with not just one or two degrees, but three degrees!

Massell: I have so many good memories from my time there, and I’m very proud of the school. I’ve had close relations to Georgia State at all different levels. From when it was just a garage to what it is today. I gave the eulogy for (former Georgia State president) Noah Langdale. Now, Georgia State keeps getting bigger, better and stronger. Look what’s happening there now. So, now I get to take some credit: I was president of the Atlanta City Council when we approved the contract to build Atlanta–Fulton County Stadium, and Georgia State owns that property now.

“There could have been any number of people in that position at that time who would have gotten it dead wrong. There’s a chance Atlanta would have never become the international city it is today without him.”

McNair: There are so many Sam stories like that. That’s why Sam is Sam. Actually, there are two reasons: First, he has such an inventive and ingenious mind. He thinks of things other people wouldn’t think of. But he’s also inexhaustible. He has a broad mind and a bigger heart and isn’t afraid to consider things that are different and new in business and politics. 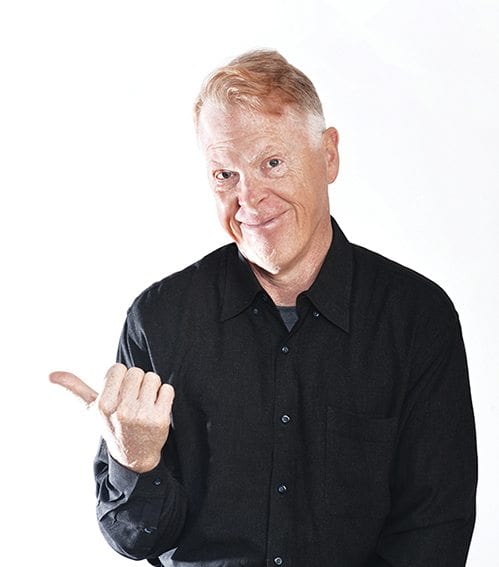 Massell: My overriding legacy — and I hope this comes through — is that I had the responsibility, or a better word, opportunity, to transform the city government peacefully from an all-white to a predominantly black power structure. A lot of cities in the South were not able to do that peacefully and still suffer from it today. I’m very proud that our city moves forward together.

McNair: Atlanta had a Sam. There could have been any number of people in that position at that time who would have gotten it dead wrong. There’s a chance Atlanta would have never become the international city it is today without him. It was a balancing act of the first order, and Atlanta owes a tremendous amount to this guy sitting here. I use this word without embarrassment — greatness. Sam has greatness in him, and you just don’t meet a fellow like him every day.

Massell: I’m glad I had you to spell it out to people. I don’t think anyone noticed before! (laughing)

McNair: Something happens with the leadership in cities. Selfish decisions can be made, and you can see the stunted growth. And that’s the difference in a lot of cities. Many places didn’t have a Sam. Atlanta was lucky. Sam is a man who earned a book like this — earned it with his whole life and deserves it. And it was a privilege to be able to sit down with him. I wish I was still doing it. Sam, let’s do a sequel!

Karen Graham left her job as the respected host of “Good Day Atlanta” to create the first digital network that broadcasts exclusively in American Sign Language.
By Kysa Anderson Daniels
Ed Gadrix (B.B.A. ’65) pens the history of Georgia State athletics from its humble beginnings to its inaugural season in a major league stadium.
By Jerell Rushin (B.A. ’19)