Sean Richey, associate professor of political science, on vote-by-mail and the importance of trust in government.
Interview by Jennifer Rainey Marquez 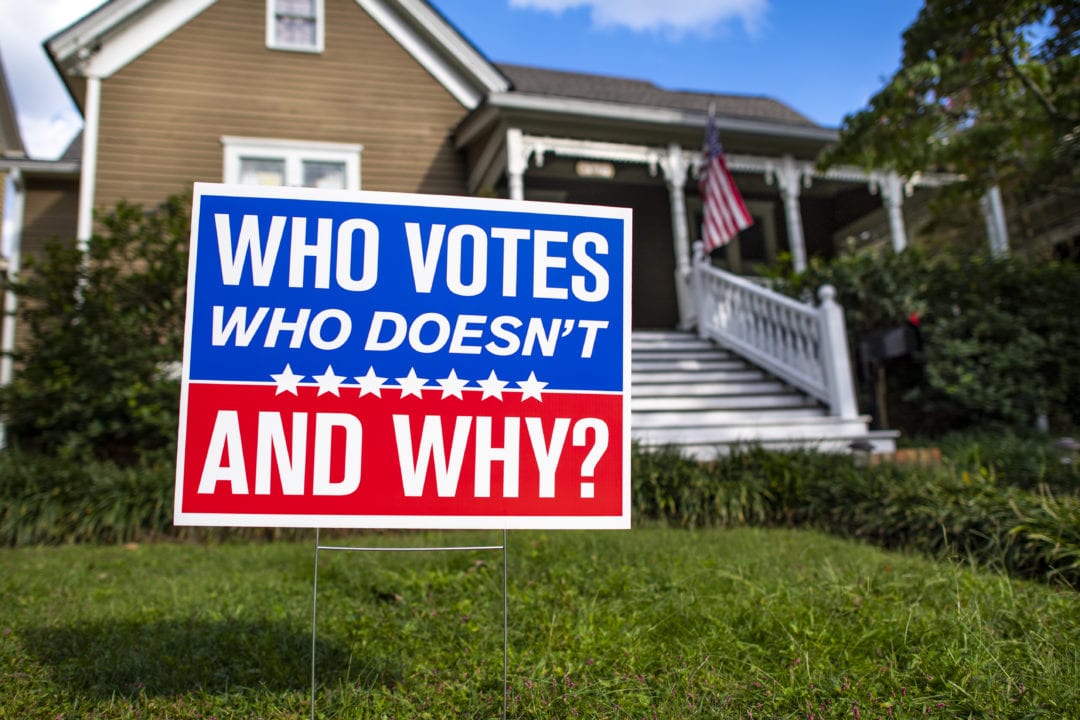 Oregon voters passed a referendum in 1998 that established mail-in-voting as the standard way for citizens to cast their ballots. Since 2000, every eligible voter in the state has been mailed a ballot for every election. At the same time, Sean Richey, associate professor of political science, began studying how the referendum affected voter participation as part of his dissertation.

“The original impetus for voting by mail was not to boost turnout, but to give voters time to carefully consider complicated ballot questions,” he says. “And now of course, more states are looking into this because of the pandemic.”

We recently spoke with Richey about the history and significance of mail-in voting, and how trust in government drives people’s political views and their behavior at the ballot box and beyond.

What led Oregon to adopt widespread mail-in voting?
It got off the ground because Oregon is a state that typically has a lot of ballot measures — 20 or 25 each election — and they’re often about bond measures or other complicated issues. It’s a lot to think about in the voting booth. This referendum gave voters the option to do their research, fill out their ballot at home and then either mail it back in or drop it off at a location like a police station or city hall. Interestingly, about half or more voters choose to drop it off. It also saves the state a whole bunch of money to vote by mail. Election security is very expensive.

How did other states respond?
It followed a concept in political science called diffusion, where once a state adopts an innovative reform and show that it works, and then other nearby states start copying it. In 2006, the state of Washington began rolling out the same vote-by-mail policy, and Colorado and Utah joined a few years later. By 2024, when California is set to conduct all of its elections by mail, approximately 20 percent of the population will live in states that entirely vote by mail. 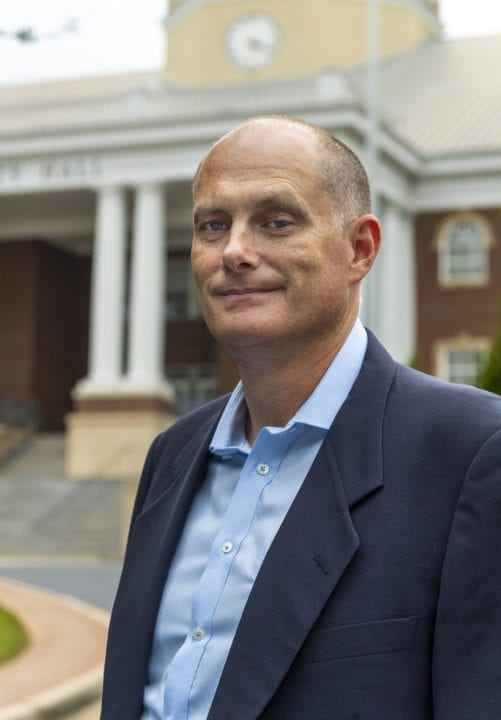 Twenty years later, what do we know about how voting by mail affects voter behavior?
Evidence shows that voting by mail increases turnout about five to 10 percentage points, a non-trivial but not incredibly large increase. Although it sounds like a dramatic change, it ends up being a rather modest reformthat benefits both parties, because it makes it easier for Democrats and Republicans to vote.

Special elections that typically have very low turnout are where you see the biggest boost in voter participation. There may be a lot of voters that don’t even know the election is going on, but then they get mailed a ballot and they fill it out. It works as a reminder to a lot of people.

As far as problems with voter fraud or undue influence, like someone taking your ballot and filling it out for you, there is no evidence that those things are happening.

President Trump’s rhetoric around mail-in ballots has been very negative. How do you think this will impact the chances of this reform becoming more widespread?
The way it’s been framed by the President will probably make Republicans more against it than if he hadn’t commented at all. It’s now become a partisan issue, whereas before it could be potentially a bipartisan issue due to its cost-saving and convenience.

Can we depoliticize issues that have been made partisan by rhetoric?
It is possible, but party leaders are often only motivated to do it after a major loss. One example is welfare politics, which Jimmy Carter had touted before he lost badly to Ronald Reagan. It made Bill Clinton and Al Gore and other younger Democrats try to depoliticize the issue and move away from a redistributionist platform of welfare expansion. It was clear to Democrats at the time that that style of politics wasn’t electorally beneficial, and the party moved away from it.

You’ve also been examining the impact of Trump’s rhetoric on second-generation Americans, which is the subject of your forthcoming book. Why focus on that group in particular?
Second-generation Americans are interesting because they are citizens who can vote, but because their parents typically didn’t come to the U.S. with a lot of pre-formed political beliefs and deep socialization into the party system, they don’t have hard, crystallized views about the two major parties. Before 2005, their dominant choice on political surveys was often, “I have no party affiliation.”

At the same time, we now have a president who is directly communicating through Twitter in a very unfiltered way on subjects like immigration. It has taken a population that didn’t have very specific beliefs, and given them a very strong signal on an issue that matters to them.

What has the effect been?
I conducted experiments on two groups of second-generation Americans: one that had been exposed to Trump’s rhetoric on immigration and trade and one group that had not. I found that exposure to this rhetoric had large negative effects on attitudes not only towards Trump but also towards the Republican Party and America itself.

This is important to consider because a lot of battleground states in Presidential politics have a disproportionately large number of second-generation Americans living there. Second-generation Americans comprise something like 10 percent of Florida’s electorate versus one percent in Missouri. If Trump has alienated a significant chunk of Florida, that could deeply affect Presidential politics because Florida is so impactful in the Electoral College.

In studying political trust, you’ve found people’s views about the government impact not just voting but a wide range of behaviors, including the desire to avoid or delay vaccines. Why is that?
The anti-vaccine movement has deep political roots, and it is something that a lot of people are concerned about because of the upcoming COVID-19 vaccine. Interestingly, the movement is multi-partisan, in that it’s often comprised of people on both the far-left and the far-right. These anti-vaccine groups are all very different, but what they share is a lack of trust in the system.

If vaccine compliance requires greater trust in government, how do you boost that trust?
One big way is by providing people with better, more secure lives. Trust in government actually correlates heavily with things like the unemployment rate. In 2019 and early 2020, we had a very strong economy and low unemployment, and sure enough, surveys began showing something like 45 percent of the population said that they were satisfied with the way things were going in the U.S., which was the highest it had been since the Great Recession.

The problem is that although the U.S. government has low corruption levels compared to many other nations, we have what’s known as a “submerged state.” That means a lot of the benefits we receive from the government are hidden, like federal aid that’s given to states that’s given to charitable organizations. You don’t realize that it’s the government benefitting you, so you don’t directly connect government action to success in your life. Paradoxically, it’s part of why U.S. voters often don’t choose to fund those programs that would, in turn, improve our lives.