The End Of A Long Pipeline

The End Of A Long Pipeline

A new cancer treatment co-developed by associate professor Maged Henary is one of the first Georgia State-based technologies to enter clinical trials.
Use Scan QR Code to copy link and share it
by Noelle Toumey Reetz 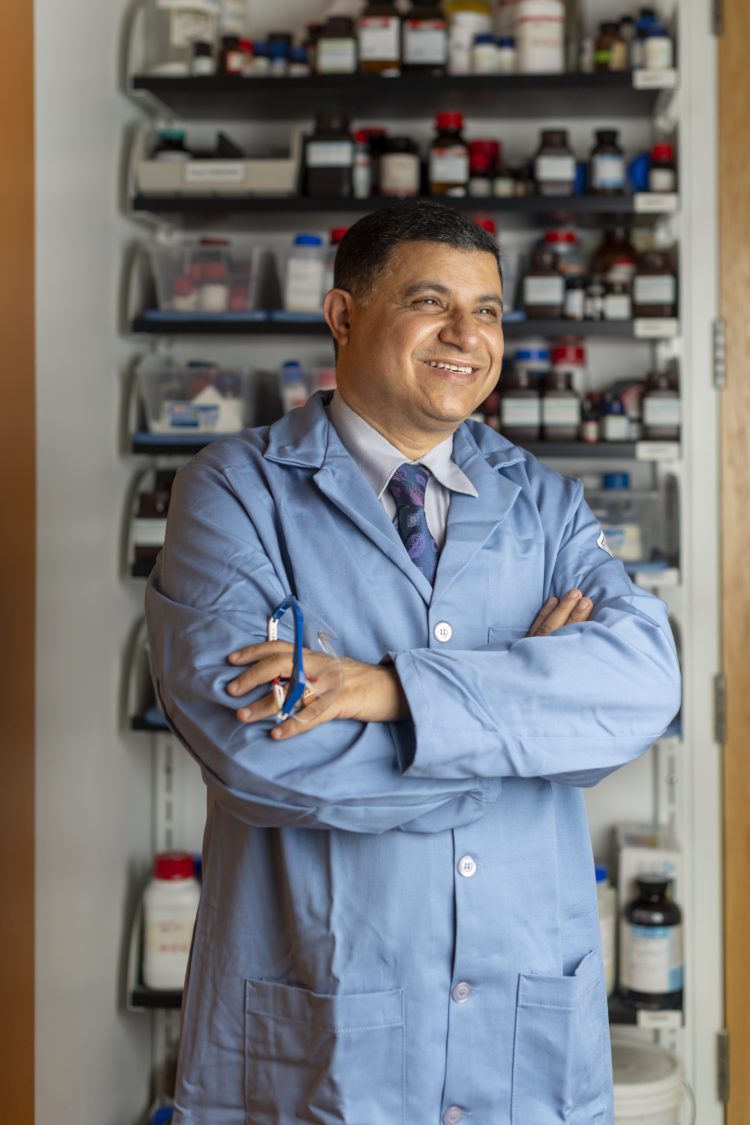 “We had a hypothesis,” says Henary. “What if we could link our diagnostic compound to a drug that would also kill the cancer cells?”

Maged Henary lost his older sister Salwa to breast cancer in 2003, when she was 37 years old.

“We did everything: radiotherapy, chemotherapy and surgeries, but she only lived for one year after being diagnosed,” says Henary, an associate professor in the Department of Chemistry who also received his Ph.D. at Georgia State in 2000. “I was inspired to find something surgeons could use right there in the operating room to save more lives.”

Henary, who was then completing his postdoctoral training at the Georgia Institute of Technology, believed if his sister’s doctors had had better methods of detecting the cancer, they may have been able to save her life. He decided to try to develop those methods, shifting his research focus to search for ways to improve cancer surgery. His discoveries have since led to powerful new tools that could give other cancer patients a better chance at survival.

Henary’s work is part of an emerging field of medicine known as theranostics, which involves pairing drugs and techniques to diagnose and treat disease in one package. In 2008, he began collaborating with Leland W. K. Chung, a researcher at Emory University, to develop a first-of-its-kind vehicle to detect tumors and deliver chemotherapy drugs more precisely so they destroy cancer cells without damaging healthy ones.

“We had a hypothesis,” says Henary. “What if we could link our diagnostic compound to a drug that would also kill the cancer cells?”

Henary worked on the diagnostic piece, developing a fluorescent compound named MHI-148 that can zero in on tumors and act as a contrast agent, a dye used for imaging. Its unique chemical composition also allows it to be attached to tumor-targeting chemotherapy drugs.

“MHI-148 is taken in by the tumor cells, lighting them up and helping guide surgeons to find all of the cancer,” says Henary. “At the same time, it gives the chemotherapy drug the ability to target and kill the cancer cells with precision.”

Georgia State exclusively licensed Henary’s contrast agent in 2018 to Delaware-based Da Zen Theranostics, Inc., a startup founded by Chung. Their theranostic system, which links MHI-148 to a cancer drug, was safe and effective in preclinical animal studies, and Da Zen planned to further develop the product with the goal of getting it into human clinical trials.

Those efforts are paying off. In August 2021, a Phase I Clinical trial began at Cedars-Sinai Medical Center in Los Angeles to test the effectiveness of the product, now known as DZ-002 in patients with prostate cancer and advanced pancreatic cancer. This is the first Georgia State-based technology to advance to human clinical trials in recent years, but for Henary, the milestone is bittersweet. In May 2021, Chung, who left Emory in 2009 to lead the urologic oncology research program at Cedars-Sinai Cancer Center, died at the age of 80.

“I wish Leland was here to see how this collaboration benefits the medical field,” says Henary.  “This is a dream of every scientist — to go from the lab to patients. We come up with these ideas with the hope of making a difference.”

In addition to prostate and pancreatic cancers, DZ-002 has been tested in the lab on four other cancer cell types — small cell lung cancer, glioblastoma, liver and colon cancers — with extremely encouraging results, says Yu-Ping Cheng, CEO of Da Zen. 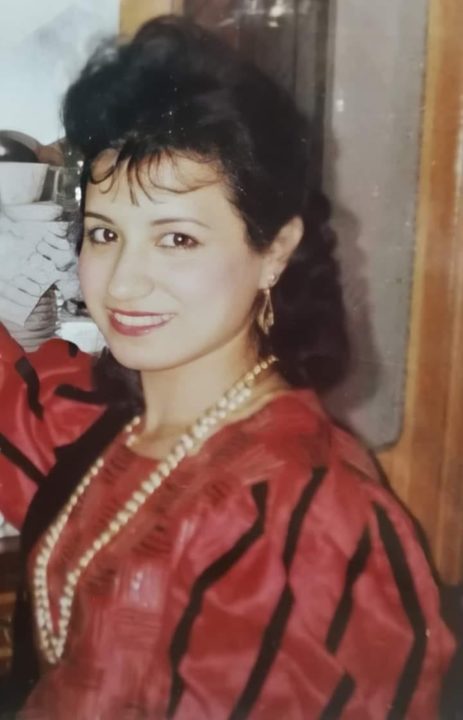 Henary’s sister Salwa died of breast cancer in 2003 at age 37. His discoveries have since led to powerful new tools that could give other cancer patients a better chance at survival.

“The drug works for almost all cancers that we have tried it against, although at different efficacies,” says Cheng. “Needless to say, the real proof will be in human subjects.”

The treatment is also being developed as a platform technology that can deliver a wide range of other cancer-killing drugs directly to tumors. There are four additional drugs being tested in combination with this technology.

“I hope that this is just one of many future clinical trials that come out of Georgia State technologies,” says Cliff Michaels, director of the university’s Office of Technology Transfer and Commercialization. “These events demonstrate how the work of innovators like Dr. Henary can produce a significant and tangible impact.”

Henary continues to develop new compounds in his lab, using his successes as building blocks towards new discoveries. Another contrast agent he developed called ZW-800-1 has been licensed by Curadel, LLC, a surgical innovations production company based in Massachusetts.

Using Henary’s class of molecular imaging dyes, Curadel’s technology helps surgeons differentiate between cancerous and healthy cells using specialized cameras. In addition to making the tumors easier to find and remove, the technique can improve surgery outcomes by minimizing the amount of time patients are under anesthesia.

“In the fight against cancer, we have to use whatever it takes,” says Henary. “Whether it’s optical imaging or acoustic imaging or chemotherapy and radiation, when you put the whole picture together our work can save lives.”