The High-Tech Future of Firefighting

The High-Tech Future of Firefighting

Wildfires have changed. Georgia State computer scientist Xiaolin Hu is working to change how we combat them.
Use Scan QR Code to copy link and share it
by Jennifer Rainey Marquez 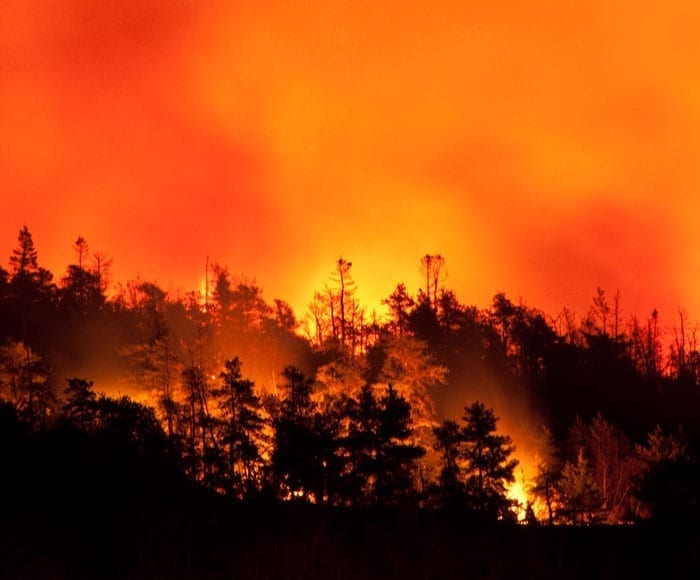 Since the 1980s, blazes have grown more ferocious thanks in part to changing climate and weather patterns, which have extended the fire season and made forests drier and more combustible. Wildfires today are bigger and more likely to encroach on land occupied by humans. Last fall, the Camp Fire was the deadliest and most destructive in California’s history, incinerating the town of Paradise in less than a day and killing dozens of people.

All this has made fighting wildfires more difficult and more costly. But there’s a tool that has the potential to better inform decisions about how and where to deploy fire management resources: drones.

Xiaolin Hu, associate professor of Computer Science at Georgia State, remembers when the Aspen Fire burned through the Santa Catalina Mountains in Arizona in 2003, threatening the city of Tucson, where he was working toward his Ph.D. at the University of Arizona. Since then, he’s been focused on optimizing firefighting efforts through the use of computer modeling.

“The idea is to use a simulation to predict how a fire is going to spread and then feed that information into a resource optimization model that could help firefighters working on the ground,” says Hu, who directs the Systems Integrated Modeling and Simulation (SIMS) Lab at Georgia State.

There was just one problem, he noticed. Wildfires are notoriously unpredictable, so unless you feed the model live data there will always be discrepancies when you run the simulation.

“What we needed was something more like a weather forecast,” says Hu. “Forecasters constantly adjust their predictions in response to new data. They have one prediction in the morning and another in the afternoon, and they may not match.”

Hu realized that the simulation must be similarly dynamic, incorporating real-time information about the fire’s perimeter, plus wind speed and direction, which can shape how it unfurls. In 2009, he received a grant from National Science Foundation to couple his simulation with a weather model developed at the University of Oklahoma.

Yet again, he hit a snag: it’s very difficult to collect live weather data in the middle of a raging wildfire.

“You can use ground sensors, but deploying them in a forest is very challenging,” he says. “Once the fire happens, the sensors may get destroyed. Satellite images are also used, but these images are not updated frequently.”

In most cases, says Hu, data are collected by pilots, who can fly over a fire and visually confirm how it’s spreading. However, it’s hard for individual pilots to provide timely data about a conflagration that can cover hundreds of square miles. And there’s not a good way to measure wind beyond a weather station, which may be a great distance away from the fire itself.

Drones, on the other hand, could be deployed across a large area and instantaneously feed current data into a simulation model. Hu is working with Haiyang Chao, assistant professor at the University of Kansas, who is developing a way to incorporate drone technology that can sense wind speed and direction. The drones would also be fitted with cameras to map the fire’s location, identify safer travel routes for firefighters or reveal missed hot spots.

In January, Hu and his two collaborators — Chao and Ming Xin, associate professor at the University of Missouri — were awarded $1.2 million from the National Institute of Food and Agriculture to develop the use of drones to predict how a fire will spread in real time. Making it easy for firefighters to direct the system and use it in a coordinated way is key, Hu says.

“This technology has the potential to save lives,” says Hu. “But only if there’s a simple way for people to access the information they need.”