How to Talk About Climate Change

How to Talk About Climate Change

Geosciences professor and outgoing provost Risa Palm investigates how to reach those who oppose action on global warming.
Use Scan QR Code to copy link and share it
By Jeremy Craig 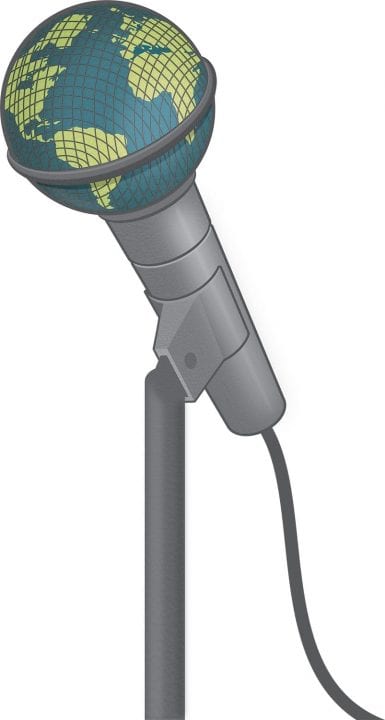 he United Nations’ Intergovernmental Panel on Climate Change released a report last fall warning of a catastrophic effect on the world’s people, environment and economy if temperatures rise by more than 1.5 degrees Celsius, which could happen as soon as 2040. But meaningful action to stop climate change is not possible without political will, and despite overwhelming scientific evidence of global warming, there are still many who don’t believe in it or consider it a matter of grave concern.

Risa Palm, professor of geosciences and the university’s provost for the past 10 years, is studying how attitudes toward climate change are formed, and how they might change depending on the way the issue is framed.

“Most people do accept that the climate is changing as a result of human activity,” says Palm. “But there is a skeptical and powerful minority who either do not believe that climate change is a serious problem or that our actions are making it worse.”

In 2017, she and her colleagues in the Andrew Young School of Policy Studies analyzed data from a panel of 9,500 respondents who were asked the same question about climate change in 2010 and 2014. They found that direct experience with warmer weather, drought and weather-related natural disasters had a very small impact on the respondents’ acceptance of climate change. What did matter was whether they identified as a Democrat or a Republican. Between 2010 and 2014, Americans’ opinions about climate change became more polarized by political affiliation, increasingly aligning with those of others in the same political party.

“Once attitudes are politicized, they are difficult to change,” says Palm. “Once a position has been taken, such as loyalty to a team, people reject new information as tainted or propaganda.”

Political attitudes toward climate change may not be completely intractable, though. In the 1970s, after all, the United States took bipartisan action to limit aerosols and reduce air pollution, and founded the Environmental Protection Agency.

So what could convince climate change skeptics to change their minds? Palm believes that focusing on the economics of climate change — such as its effect on housing markets in areas of sea level rise, flooding and wildfires — could be key.

“In places like South Florida, we may see higher interest rates on home loans or additional mortgage insurance requirements,” Palm says. “There is already research showing that coastal properties are being affected by lower prices, and lenders and insurers are being advised to take such factors into account.”

The challenge, she says, is how to navigate the country’s highly-partisan environment so that those in the skeptical minority can join with others to tackle the problem. In this way, the U.S. differs from nearly all other countries, where party identification matters less when it comes to attitudes about climate change. In 2018, Palm contributed to a study showing that globally, the biggest predictor of climate change concern is not party affiliation, but belief in democratic values.

“Climate change is a global problem that requires a global solution,” says Palm. “By gaining a clearer understanding of who is most likely to oppose climate change actions and how to reach them, we can identify an effective way to overcome bias to get people to agree to take action. There is a lot more to do here.”

Time for a Carbon Tax?

A new study by a Georgia State economist shows that it may be more feasible than previously thought.

The only way to avoid a worst-case climate change scenario, scientists agree, is to start drastically cutting greenhouse gas emissions. To incentivize individuals, governments and corporations to pull the plug on fossil fuels, many economists favor imposing a global tax on carbon. Enacting such a policy would require the cooperation of countries around the world, a daunting task that may be more attainable than once thought, according to a new survey led by assistant professor of economics Stefano Carattini.

He and his collaborators surveyed 5,000 people in the U.S., India, the United Kingdom, South Africa and Australia and found consistently high support for a global carbon tax among the public — if certain conditions are met. For example, the research showed people were most receptive to a global system of harmonized carbon taxes, in which countries agree on a tax rate but maintain control over how the revenues are spent. Most respondents said they would support the taxes if revenues were given back to citizens as per capita “dividends” or spent on climate projects.

The researchers also simulated the economic effects of a worldwide carbon tax, using different tax rates and uses of revenues, and found it would not disrupt the global economy, especially if the revenues were used to reduce income taxes and stimulate growth. Their work, which was published in Nature in January, earned support from prominent economic experts. The same day of the study’s publication, the Wall Street Journal ran a policy letter pushing a carbon tax, penned by a group of 45 renowned economists — including two Nobel Prize recipients, four former Federal Reserve chairs, two former Treasury secretaries and former chairs of the president’s Council of Economic Advisors.