Professor Eric Wright recently led a study of homelessness and human trafficking among metro Atlanta youth.
Use Scan QR Code to copy link and share it
by Jennifer Rainey Marquez 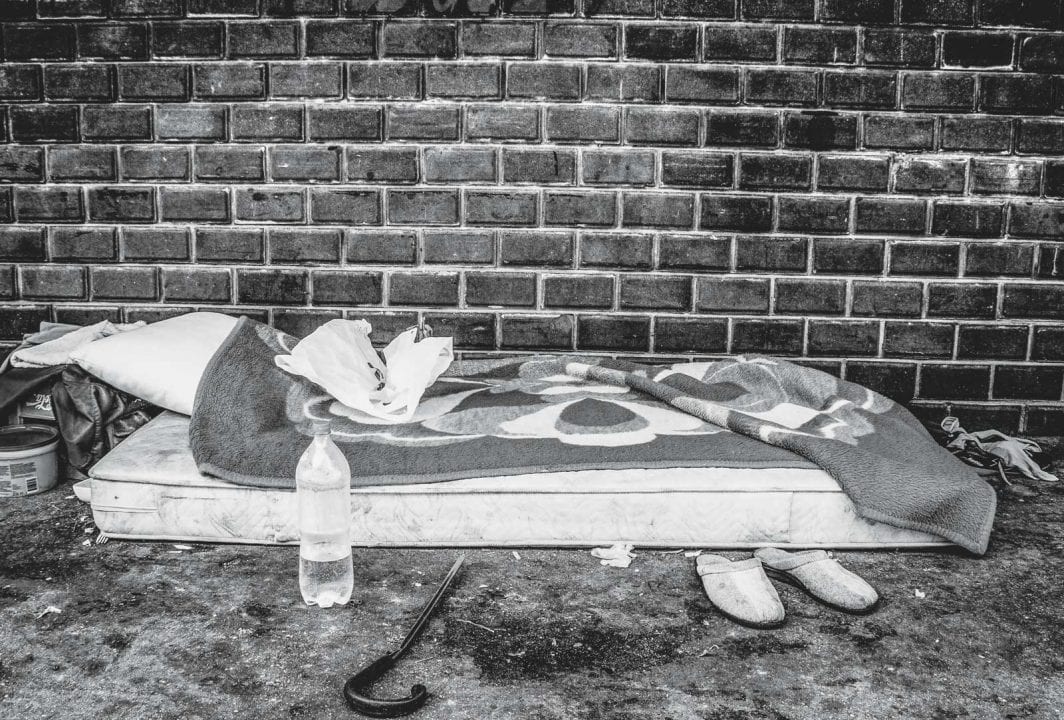 In 2015, sociology and public health professor Eric Wright organized a survey of homeless youth in Atlanta. Earlier the same year, the city had performed a one-night survey, which determined there were 585 homeless people under the age of 24. But providers in the area disagreed.

“Providers were distressed by the number of homeless LGBT youth who needed services,” says Wright. “I volunteered to try to get a more accurate count.”

He dispatched dozens of students and graduate assistants to canvass the city and five core metro counties — Fulton, Cobb, Clayton, Dekalb and Gwinnett — over three months. The resulting Atlanta Youth Count and Needs Assessment estimated the number of homeless youth in the metro area to be more than 3,300.

Three years later, Wright repeated the count, this time with a grant from the National Institute of Justice*. Last fall, the student canvassers, led by project manager and sociology Ph.D. student Ana LaBoy, completed a field count of homeless individuals between the ages of 14 and 25. They also administered a 100-question survey covering topics ranging from housing history to sex and labor traf- ficking. (Participants were anonymous and received a $10 gift card for completing the survey.)

Although the city of Atlanta has reported the overall homeless population is dropping, Wright says his research shows the number of homeless youth has remained relatively stable. The 2018 count estimates there are 3,372 youth who are homeless (either on the street or in shelters) or precariously housed (staying in a motel, for instance, or couch surfing). There are many factors driving homelessness among young people, LaBoy says.

Often, LGBT youth are homeless because they’ve been kicked out of their families’ homes, she says. In other cases, homelessness can be a spillover effect of the city’s lack of affordable housing.

“In urban areas, failure to launch is a big problem. Kids may leave home but then they can’t make it on their own,” says Wright. “We hear about the ‘boomerang generation,’ but some kids don’t have any place to boomerang to. And in metro Atlanta, to find an apartment is very expensive, making these kids more financially vulnerable.”

The researchers also found homeless youth were at high risk for human trafficking. More than half of the survey respondents reported they had been victims of either sex or labor trafficking in their lifetime. About 36 percent had experienced trafficking while they were homeless.

“This was a higher number than we were expecting,” says LaBoy, who notes this is one of the few studies to track the prevalence of sex or labor trafficking. “Nationally, most studies are based on prosecutorial data. This is the first prevalence study ever to be conducted in Atlanta, and it’s the first study to look at the intersection of trafficking and homelessness, which seems to have a lot of overlap, especially among young people with adverse childhood experiences.”

The survey found that 46.7 percent of respondents who experienced high levels of trauma reported trafficking while homeless, compared to only 18.9 percent of their less traumatized peers. Gay and transgender youth also had a signifi- cantly higher risk of trafficking compared to their straight or cisgender peers.

Wright and his team are now developing a set of recommendations for community leaders and service providers about how to help homeless youth who are being trafficked.

“We hear a lot about sexual exploitation, yet the survey shows that labor trafficking may be an even bigger problem among this population,” says Laboy. “Given that homeless youth are likely to work ‘under the table’ in informal arrangements, it makes it very murky. It’s a tough problem for which there is no easy solution.”

Professor Sang-Moo Kang may have found a way to make a safe vaccine for RSV, an infection that hospitalizes more than 50,000 infants every year.
by LaTina Emerson
A team of Georgia State economists finds that cleaning up school buses pays dividends in the classroom.
by Jennifer Rainey Marquez
In his new book, law professor Timothy Lytton examines the history and complex workings of the country’s food safety system.
interview by Jennifer Rainey Marquez
Aggressive triple-negative breast cancer primarily affects women of color. Biology professor Ritu Aneja wants to know why.
by Scott Michaux