ATLANTA — Tim Renick, who has led Georgia State University’s student success efforts since 2008, will be transitioning to a new role as the founding executive director of Georgia State’s new National Institute for Student Success on Nov. 1. 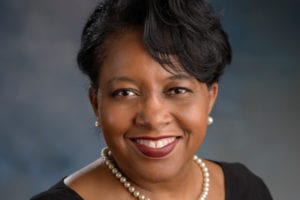 Under Dr. Renick’s leadership, Georgia State has become the recognized national leader in using data, analytics and emerging technologies to identify barriers to student success and develop systemic changes and programs that promote better, more equitable outcomes for college students. Over the past decade, he has overseen the creation of programs such as GPS Advising, Panther Retention Grants and an A.I.-enhanced chatbot, helping the university more than double graduation rates for underserved students and eliminate equity gaps based on race, ethnicity and income level.

Dr. Renick has testified about strategies to help low-income students succeed before the U.S. Senate and has twice been invited to speak at the White House. He was named one of the most innovative people in higher education by Washington Monthly and is the recipient of the McGraw Prize in Higher Education.

Over the past six years, teams from more than 500 colleges and universities serving three million students have visited Georgia State to learn about its student success approaches. The National Institute for Student Success will catalyze change in higher education by establishing a more robust platform for disseminating Georgia State’s lessons nationally and by conducting research to create the next generation of student-success innovations.

A faculty member in Political Science, Dr. Calhoun-Brown has been a top administrator in the Division of Student Success since 2008. She has had an integral role in the design and implementation of innovative programming to address issues of effective academic advising, unmet student financial need, curricular barriers to progression and support for at-risk students. Dr. Calhoun-Brown is nationally recognized for her expertise in proactive advising, degree mapping, meta majors, momentum-year strategies and completion grants.