Rorah Ndungu’s curiosity about the operations of the human body and brain has led her to study neuroscience at Georgia State University. But it’s her family who has inspired her to pursue a career in health care.

Ndungu moved with her parents from Kenya to the United States when she was 4 years old. A few years later, her mother began studying to become a nurse.

“I was in fifth or sixth grade, and I remember looking at my mother’s textbooks and helping her memorize terms,” Ndungu said. “It was so amazing to see how everything in the body fits together. All the systems are like a puzzle.” 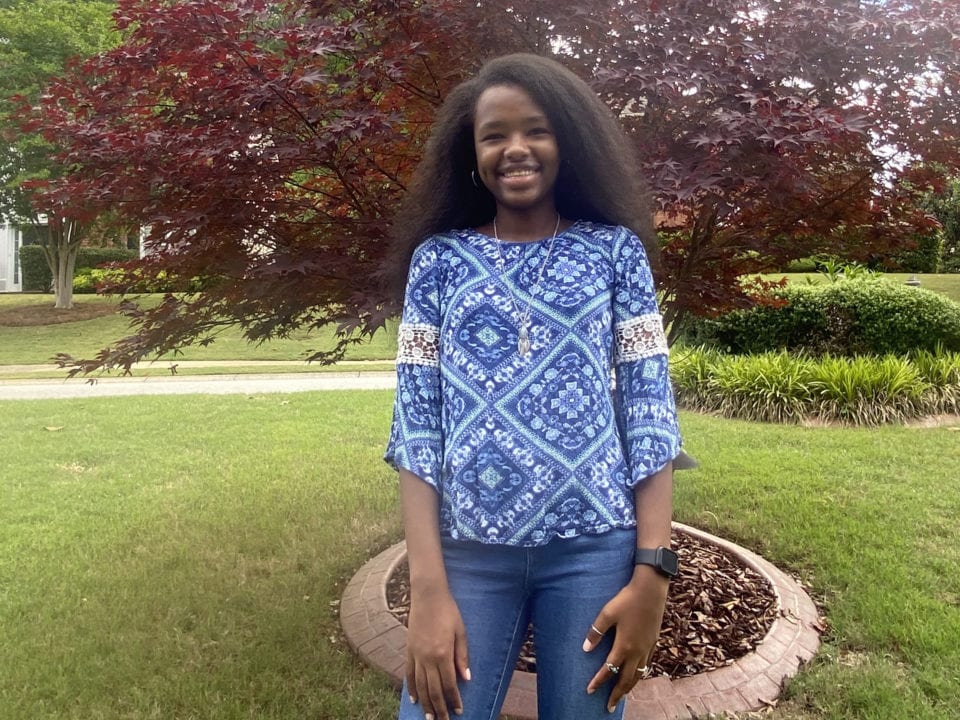 Ndungu, a Class of 2024 Presidential Scholar in the Honors College, said she plans to go to medical school after finishing her bachelor’s degree so she can become a physician. Her goal is to treat people in lower-income and rural areas who often struggle with access to health care.

While a student at Kennesaw Mountain High School, Ndungu avidly pursued the sciences, especially biology, public health and anatomy. She placed second in the “Disease Detectives” division of the statewide Science Olympiad competition during her junior year and attended a camp at the Centers for Disease Control and Prevention that following summer.

“When I was younger, I was self-conscious about my name,” she said. “One of the biggest things that scared me was when the teacher would take attendance and ask me how to pronounce it.”

Some teachers and friends would struggle with Ndungu, a surname associated with Kenya’s Kikuyu tribe. On top of that, her parents stopped speaking their tribal language, also known as Kikuyu, at home.

“My parents knew early on that I’d have to know English, so they stopped speaking to me in our native tongue,” Ndungu said.

While she recalls some Kikuyu, its sharpness has faded.

“In the beginning, it didn’t affect me much,” Ndungu said. “But a few years ago, I visited my family in Kenya and it was hard for me to talk to my grandparents.”

She’s now trying to regain her fluency. In reconnecting with her family’s language, Ndungu’s also found her feelings about her heritage have shifted from occasional embarrassment and awkwardness to fulfillment and respect.

“My family told me, ‘Be proud of your name and make it mean something,’” she said.

For more information on the Presidential Scholarship, Georgia State’s most prestigious and valuable academic award, go to honors.gsu.edu/presidential.