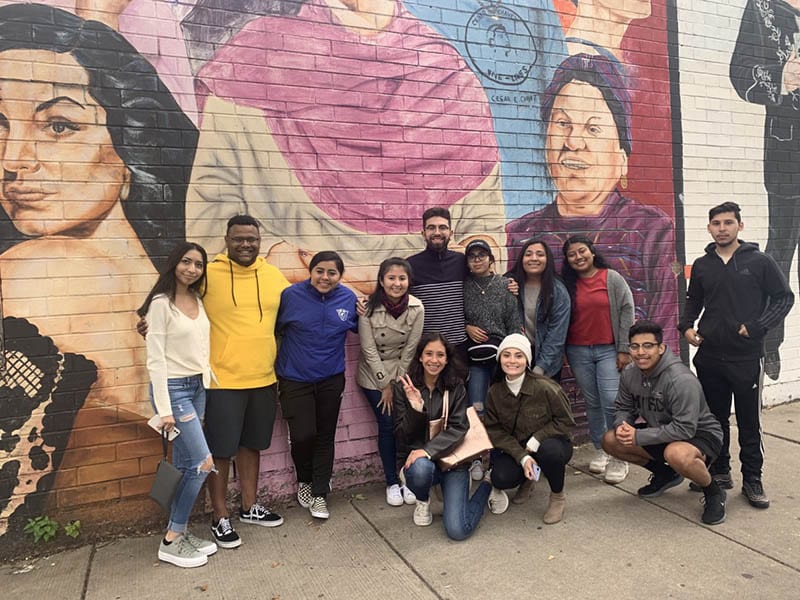 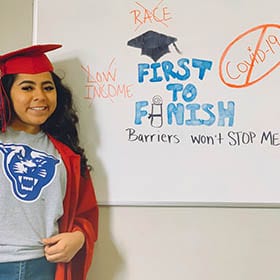 Rodriguez-Garcia, the only person in her family to ever try college, arrived at Georgia State University’s Newton Campus in 2018 an hour before her class was to begin. She felt alone, out of place and scared she wouldn’t succeed. Maybe her parents were right, she thought. Maybe college wasn’t for her.

She called her sister, Beatriz, asking her to return and pick her up.

“Just calm down. Everything’s going to be OK. I believe in you,’” she recalled Beatriz telling her.

“I can definitely say it exceeded my expectations,” said Rodriguez-Garcia, 19, who has studied early childhood education at Georgia State’s Perimeter College and celebrated completing her associate degree earlier this month as one of the 2,185 spring and summer graduates in the Class of 2020.

Latinx students make up nearly 14 percent of the more than 18,000 students enrolled at Perimeter College, according to August 2019 statistics. More than 70 students have received Perimeter’s LLP scholarship since its inception in 2017. Six graduated or transferred this spring and summer. 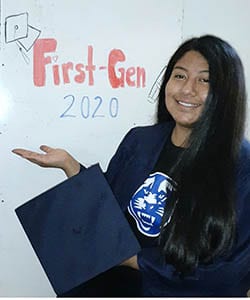 Rodriguez-Garcia and Betzahida Escalante, 19, became friends while part of the pipeline’s 2018 cohort. Through LLP, the women attended student leadership conferences and participated in student organizations, such as the Panther Activities Council. Rodriguez-Garcia benefited from studying abroad, and Escalante was a lead mentor in the LLP-affiliated Latinx Leadership Initiative, regularly visiting her alma mater, Dunwoody High School, to prepare other Latinx students for college.

Christian Avila-Meza, 20, who graduated in May after studying political science at Perimeter, said LLP helps remove hurdles, such as funding, that historically have kept Latinx students from considering college.

“The (LLP) scholarship definitely made it possible for me to attend Perimeter,” he said.

Each Perimeter LLP scholar is awarded $1,800 per semester.

Lola Rodriguez Vargas is a retention coordinator for Georgia State’s Latinx Student Services and Outreach, or LASSO Initiative, under which the Latino Leadership Pipeline program operates.

While scholarship funds are important, she said, the heart of LLP is its ability not only to wrap students in supportive services and connect them to resources that ensure academic achievement, but also to create a sense of belonging.

“They say this is really important to them, because they feel they are a part of something larger,” Vargas said.

“In the beginning I was lost, but (LLP) gave me a second familia in college,” said Escalante, who studies speech communications and is slated to graduate this summer. “We are all first-generation students, so we help each other to do the best.”

On average, pipeline scholars have grade point averages .35 points higher than those of other Latinx students at Perimeter, Vargas said.

LLP scholarship recipients are selected through an extensive application process when they are high school seniors. Scholars are expected to stay in the program for two years and then graduate or transfer to continue their studies.

Avila-Meza is transitioning this summer to Georgia State’s Atlanta Campus to study pre-law. Escalante and Rodriguez-Garcia will move to the Atlanta Campus after completing summer studies at Perimeter.