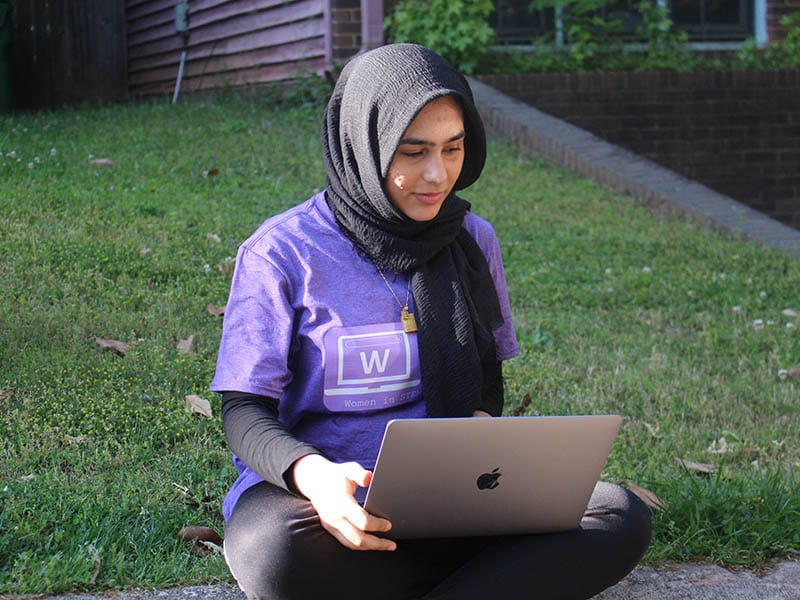 CLARKSTON, Ga.—Bilqis Seddiqi traveled to Afghanistan to take a break from college and visit relatives. She returned with a renewed passion for her education and a plan to change lives.

During Seddiqi’s visit to her parents’ native country, bomb threats and kidnappings impeded Afghan women from attending classes and jolted Seddiqi into a new direction. She decided to help educate Afghan women. 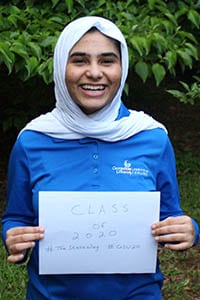 One of more than 2,100 graduation candidates at Georgia State University’s Perimeter College who will receive their associate degrees this spring and summer, Seddiqi was born and raised in the United States and never had visited her relatives in Afghanistan. In fall 2018, she left her studies at Perimeter and traveled with her mother to spend almost a year seeing Afghan family and learning about the culture.

“While I was in Jalalabad, I volunteered to teach English (to women) in the local community,” she said. “Many of them were unable to go to classes at the time because of bombing threats and kidnappings at school. I saw all the hardships women were going through.”

The experience moved her.

“I’m really motivated to give back to a community like this — not just donations, but with education,” Seddiqi said. “I saw that I had a great opportunity (in the United States) to study whatever I want.”

There was a time when she wasn’t as passionate about her education, she said.

“I went from being a full-time dual-enrollment student and working at a restaurant full time, right into college studying chemical engineering,” Seddiqi said.

Her work often overwhelmed her, and her grades suffered, she said.

“I needed to take a break from school (and work) to figure out what I really wanted to do with my education,” said Seddiqi, who is now 20.

She returned to Perimeter College in fall 2019 and was motivated.

Seddiqi changed her academic pathway to computer science and got involved in student activities. She developed the website for Women in STEM Experience (WiSE) and took on secretarial and newsletter duties for the Clarkston Computing and Engineering Club, eventually becoming club vice president.

She credits her engineering professors, Drs. Sahithya Reddivari, Janna Blum and Taylor Shapero, for encouraging her to take a break from her studies to reevaluate what she wanted to do. Their support still motivates her, she said.

“Bilqis started out an engineering major and struggled a little bit academically,” Reddivari said. “She wasn’t able to motivate herself. After she took some time off, she returned and made a great comeback. She has worked hard to get back up to speed, not only with her classes but also professional skills in computer science.”

Seddiqi is transitioning to Georgia State’s Atlanta Campus to pursue her bachelor’s degree. She hopes to return to Afghanistan in a few years to start a free school.

“I plan to create a free school where I can teach young women skills that are necessary for acquiring some type of work,” she said. “The most important skills in Afghanistan right now are knowing how to use a computer and knowing English.”

She also wants to marshal the skills of Afghan women with STEM (science, technology, engineering and mathematics) backgrounds to develop sustainable and energy-efficient systems for the nation, including a way to provide clean water for all. Their work could set an example for other young women to pursue STEM fields, she said.

“Advocating for women to work toward STEM fields with a group like this would really help the population become more educated, which leads to a stable country, more jobs and less poverty,” she said.

“I am studying computer science now, but I don’t think I could do projects like this alone,” she said. “I’d need environmental engineers, mechanical engineers, more computer scientists and even those with an economic, business and communications background.”

She will build on what she learned at Perimeter, including skills and the value of collaboration.

“That’s one of the best things I learned at Perimeter,” she said. “I need a strong team.”