Imagine being able to produce a child with your favorite movie star using the DNA from a strand of hair or flake of skin. What sounds like the plot to a sci-fi thriller is actually not that far from reality.

“It was done with mice already,” said Georgia State associate professor of law Yaniv Heled. “You take skin cells, you put them through a bunch of processes, you can turn them into stem cells and turn those stem cells into reproductive cells.” 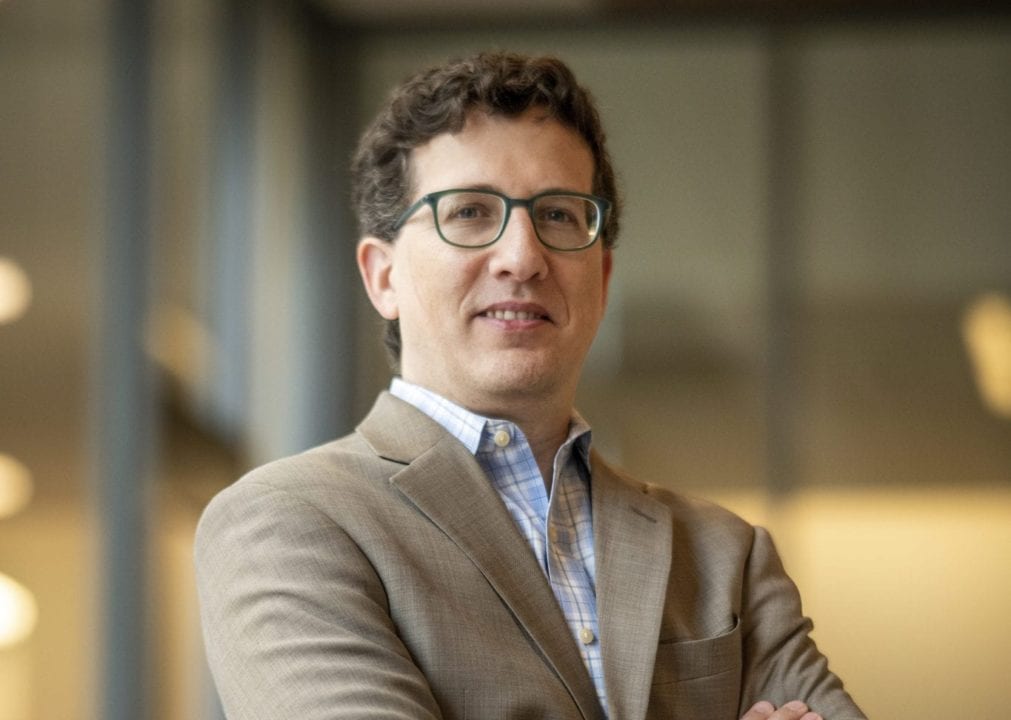 Heled argues if someone has the money and resources, it could happen. This not-so-far-fetched concept is an extension of what Heled calls “genetic paparazzi”: the idea of gathering a celebrity’s DNA, sequencing it and publishing the findings. Heled says there is limited legal protection against such use of the DNA, which is what led him to dive even further into these questions.

“If a celebrity’s genetics are fair game,” he said, “what’s to stop someone from taking the genetic material and then utilizing it for reproductive purposes?”

In the 17 years since the first human genome was successfully sequenced, the technology has become more accessible. Heled says sequencing DNA only takes a few hours and costs about $1,000.

“Genetic sequencing technology that used to fill buildings’-worth of volumes, is now the size of a printer,” Heled said. “You just take a good biological sample and put it in the device for an accurate sequence of that person.”

That genetic sequence can tell you a lot about a person, including characteristics like blood type, eye color and some specific genetic disorders. It also has the ability to predict, if imperfectly, if someone is likely to develop certain conditions, such as Alzheimer’s and schizophrenia. But genetic sequences also reveal information about a person’s ancestry and family.

It’s understandable why a celebrity or public figure would not want that information out there. It could lead the public to false assumptions about the state of a person’s health or expose family history. But Heled says unless a person has a team dedicated to wiping his or her DNA, someone who wants it will get it.

“There’s going to be some employee who is willing to smuggle a can you just drank from or a half-eaten sandwich, or a hair that you dropped on a chair, and that can be analyzed,” Heled said. “Once it’s analyzed, reasonably interesting things can be gleaned from it.”

Despite the advancements with DNA technology, the laws surrounding it have made little progress. At the federal level, one law currently exists protecting DNA privacy. The Genetic Information Nondiscrimination Act, or GINA, prevents health insurers and large employers (15 or more employees) from discriminating against people based on their genetic information.

“To even get GINA, which many people think is fairly weak, took a whole lot of energy,” said College of Law interim dean Leslie Wolf.

Wolf says there are many people who are willing to share their genome for the sake of research, and there are legal and ethical requirements that provide some protection to that data.

“However, many holders of genomic information may not be bound by particular ethical norms,” Wolf said. “For example, a lot of the information is in the hands of private companies, like 23andMe. While they may not have sold it or exposed it, given what Facebook and other social media companies have done with personal information they hold, I can’t say that I have a lot of confidence they will ultimately do the right thing.”

DNA Use and Ethics

Ethics surrounding the use of biological material really came to public attention with the publication of the book, “The Immortal Life of Henrietta Lacks”. Scientists used the cells of Ms. Lacks, an African American woman who died of cancer in 1951, without her family’s consent to create one of the most prolific cell lines used in medical research and innovation. Wolf says despite the public attention and expectations, what happened to Lacks and her cells remains legal today.

Regarding paparazzi, GINA wouldn’t protect against someone’s genetic information from being published. Heled says the most likely protection for celebrities is violation of privacy, which falls under state laws, and would be challenged by the part of the First Amendment pertinent to freedom of press.

“When it comes to privacy, a lot of courts have sided with the press and said anything that is of reasonably legitimate public interest is fair play as far as the first amendment is concerned,” Heled said.

He says celebrities could possibly also argue right of publicity in some states, claiming someone is using their identity for commercial gain. But that means a court would have to believe someone’s DNA is equal to their identity.

“It’s like saying talking about a celebrity is using their identity, and that’s going to be a very difficult argument to make,” said Heled.

The issue, as pointed out by Heled, is that the law does not account for the personal attachment people now have to their genetic makeup. It only addresses DNA as information.

This was highlighted when pop singer Madonna sued Gotta Have It! Collectables for auctioning several personal items of hers, including a used hairbrush. Madonna asked for her items to be returned to her, saying it was “grossly offensive” that her DNA could be auctioned for sale to the public. The judge threw out her suit.

“It was physically once part of her, and the law doesn’t recognize that,” Heled said.

He believes more “genetic paparazzi” cases are inevitable. As with all new ideas, it just takes a shift in the public discourse before something becomes the norm.

“We’re not saying there have to be laws for every scenario that we can imagine,” Heled said. “But there isn’t really a way for jurists to think about genetics more broadly, and we think there should be.”