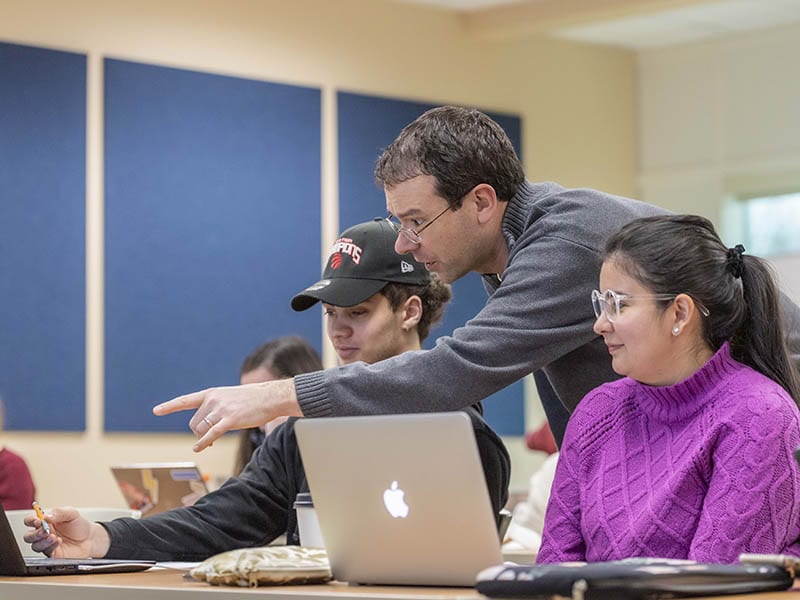 ALPHARETTA, Ga.—Georgia State University Perimeter College students in Dr. Jonathan Lochamy’s Biology 2 class learn about kidney function as part of their coursework. But this semester, Lochamy (top) will not be in class for that chapter.

He’ll be at Vanderbilt University Medical Center in Nashville, Tenn., donating one of his kidneys.

Lochamy, 42, is donating a kidney to a former high school classmate, Stephanie Sherwood, who is in kidney failure. The operation is March 5. 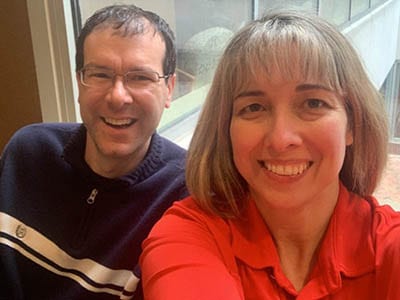 Lochamy learned about Sherwood’s illness less than a year ago. The two had been classmates in elementary school in Clinton, Tenn., and had reconnected on social media. That’s where the message about her disease popped up, he said.

Sherwood has polycystic kidney disease, an inherited disorder that prevents her relatives from donating. (Her mother and grandfather both had kidney transplants because of the disease and are not eligible donors.) Other family members did not match.

She had been in declining health when she decided to put the news about her disease on the Clinton High School Reunion Facebook site, with a link to the Vanderbilt website, in hopes of finding a kidney donor.

Meanwhile, Lochamy knew he wanted to help someone with kidney failure. It was while he was watching a television program called “American Ninja Warrior” with his 13-year-old daughter that the idea of donating one of his kidneys really coalesced, he said.

“One of the ‘ninjas’ on the competition was running to raise awareness of altruistic kidney donation — he was encouraging others to ‘share your spare’ by donating a kidney to a non-relative,” Lochamy said. “I also learned that there are a whole lot of people who have a willing donor who is not a match,” Lochamy said.

“The idea really resonated with me,” Lochamy said. “Why would I not do it? I only need one kidney.”

He began checking into altruistic donation to see if he was eligible.

Sherwood knew the clock was ticking. She had lived with the disease for years, but it had progressed steadily, she said.

“My mother had been on dialysis for more than two years (before she received a kidney donor), and she was miserable. I was trying to avoid that,” she said.

But the disease has been wearing on her.

“It feels like you always have the flu,” she said.

A hiker and swimmer, Sherwood increasingly found it difficult to catch her breath walking up stairs. She stopped her work travel, finding that she tired too easily. Her doctors put her on notice: her kidneys were failing, and she would soon need dialysis or a donated kidney.

A project manager at Oak Ridge Associated Universities, Sherwood put the news that she needed a kidney on the Clinton High School Reunion Facebook page in September 2019. Lochamy found out and began the process of determining whether he was a match.

He requested an HLA (human leukocyte antigen) test kit from Vanderbilt and had his doctor’s office draw two vials of blood.

“The (genetic test) physically confirmed we had the same blood types, which is enough to match a kidney,” Lochamy said. “As a bonus, we were two of six matches for the HLA markers they test. That’s about as close of a match as you get outside your own family.”

The screening also indicated he was at low risk for kidney disease, he said. Telling his wife and daughter about his plans wasn’t as easy.

“My daughter was excited about the idea of donation in principle, but got scared when I told her I had been matched. She feels much better now that she knows it is only as dangerous as any regular surgery,” Lochamy said. “My wife is cautiously supportive. She had to do a lot of her own research before accepting the relative lack of risk.”

Typical of his training as a scientist, Lochamy took a methodical approach to donation.

“When I look at things that involve a risk, I do the math,” he said. “I do other riskier things that have less benefit.”

My goal is to get people to think about kidney donation,” he said.

As for Sherwood, she is relieved to know she will soon be back to normal.

“Jonathan has been my miracle,” she said. “I look forward to getting back to traveling, hiking and swimming and going out and doing things. Just walking up stairs without being out of breath. It’s the little things I’m looking forward to.”

Recuperation for Lochamy will require about six weeks. He hopes to be back teaching his classes by April.