Not only had he never flown across the country before, he also had spent nearly an hour listening to audio recordings of baby cries. Nadim was searching for a clip that wouldn’t be too upsetting to play during his presentation at the sixth National Workshop for REU Research in Networking and Systems in Monterey, Calif.

Nadim’s research, titled “Using Transfer Learning, SVM, and Ensemble Classification to Classify Baby Cries Based on Their Spectrogram Images” used a machine learning algorithm to predict what infant wails and sobs meant with about 91 percent accuracy. Nadim, who is majoring in computer science, and his research partner converted audio files of baby cries to spectrograms, which are essentially images of the sound waves. The algorithm they created studied the images and was able to classify the cries into categories, including hunger, pain and deafness. 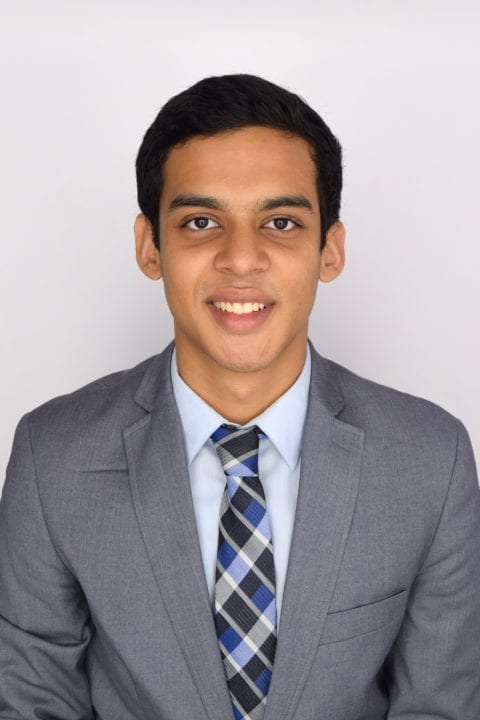 Nadim’s project, which was sparked by a 2019 Research Experiences for Undergraduate (REU) sponsored by the National Science Foundation and hosted by Georgia State University, resulted in a published paper.

“It was very eye-opening for me and I got to experience how university research works and learn from experts,” said Nadim, who was encouraged by his professor to participate in the REU. Nadim later received Emeriti-sponsored Just-in-Time funding to present his research paper at the national conference in California—something he had never done before.

“It was stressful,” Nadim said. But his presentation went well, and he left the conference grateful for the experience. He even won a best presentation award.

“There was so much we had in common and could talk to each other about ,” Nadim said, referring to the other undergraduates he met at the conference who are also using technology to make critical advances in research.

Nadim now is gearing up for his next project, which uses machine learning to improve security in a popular augmented reality headset.

To learn more about how Georgia State’s Office of National Scholarships and Fellowships (housed in the Honors College) helps all undergraduate students apply for REUs, contact Director Jacob English at jacobenglish@gsu.edu or CLICK HERE to schedule an appointment.