Kathryn Szypulski is no stranger to the spotlight.

Growing up in Cary, N.C., she joined a summer youth theater camp, working mostly backstage on set and costume design.

“I was painfully shy,” Kathryn admits. But after watching performances, she felt the lure of the stage. 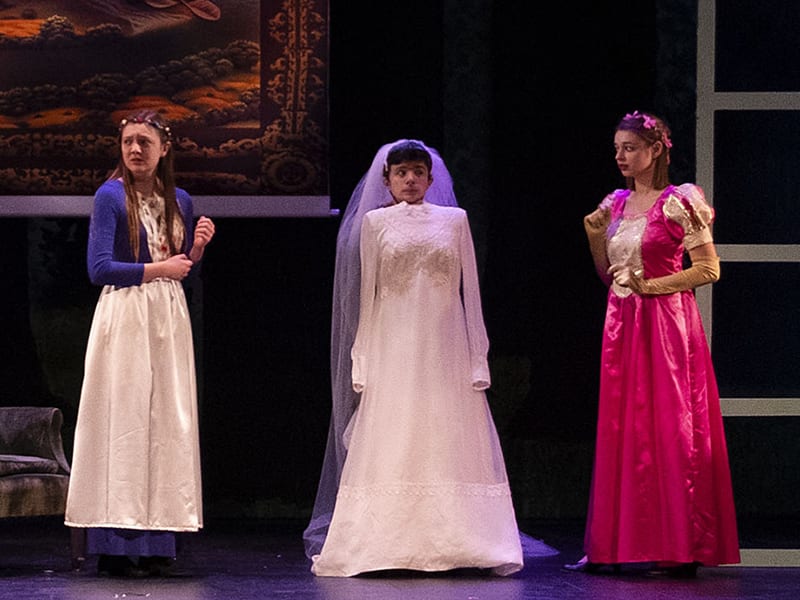 “It looked so fun, and I knew if I worked to get myself out there, I would get better at dealing with stage fright,” she said. “Now, it’s one of my biggest passions. I usually don’t like being the center of attention, but when I’m on stage, I feel like this is where I’m meant to be.”

Kathryn’s love of performance also extends to film, which is why she is majoring in computer science.

“I really, really love all the new computer special effects in movies,” said Kathryn, a first-year student in the Honors College at Georgia State and a Class of 2023 Presidential Scholar. “Ever since first grade, I was like, ‘Man, I want do that!’”

Her career goal is not only to create the animations and special effects that enthrall movie-goers but also to build the software that creates the effects.

“If you’re just making the effects from a program that already exists, there’s only so much you can do that’s your own,” she said. “After a while, the program can become obsolete. If I’m also creating the software, I can keep advancing.”