Veda Balaji was on the way to middle school when a radio news broadcast grabbed her attention.

Even though Veda didn’t know any of the families affected by the 2013 natural disaster, she was moved to action. That same year, she founded the non-profit Kids Help Kids, which has grown since then from a few friends and family supporters to a team of more than 50 volunteers—mostly young people.

“I decided to do something instead of just feeling bad about it for a second and moving on,” Veda said.

Now a first-year student in the Honors College at Georgia State University and a Class of 2023 Presidential Scholar, Veda hopes to continue her community service while pursuing a degree in neuroscience and planning for medical school.

Veda says her current cause is increasing young people’s awareness of human trafficking and raising money for prevention and outreach agencies.

“The statistics (around human trafficking) have always shocked me,” Veda said. “Even if it is just two cents, I want to put in my two cents.” 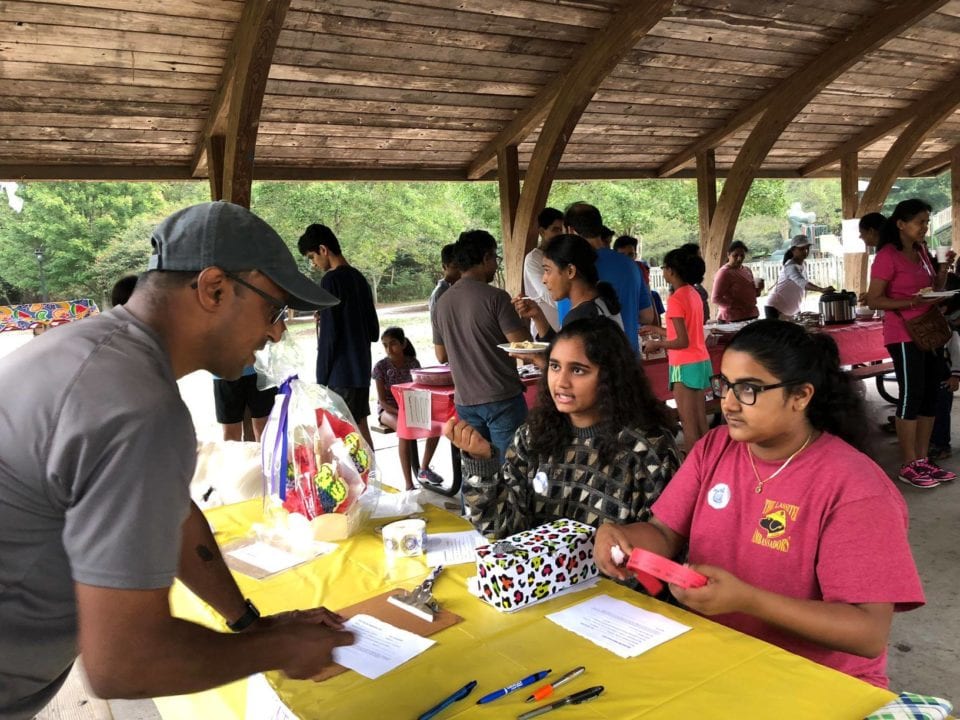 Veda Balaji (right) signs in volunteers during a charity fundraiser she organized.

From seventh grade through her senior year at Lassiter High School in Marietta, Veda led Kids Help Kids as it raised funds and awareness for typhoon recovery in the Philippines and flood recovery in Chennai, India. Her organization has hosted annual 3K races, solicited sponsorship from local businesses and even embarked on door-to-door campaigns.

“I got shot down a bunch of times,” Veda said. But she remained undeterred. Her hours of service earned her the national President’s Volunteer Service Award and the Georgia Youth Leadership Award.

“You have to power through,” she said. “I just know that there are way more people in communities, and in life, who will support you than will shut you down.”