The symposium opened with a keynote address by Michelle Mello, a co-author of the groundbreaking report, Making Medicines Affordable: A National Imperative, published by the National Academies of Sciences, Engineering and Medicine in 2017. Mello described two now infamous examples: Epi-Pen, which increased in price from $100 in 2011 to $600 in 2016, and Daraprim, which increased in price from $13.50 to $750 per pill in 2015 and was sold by the company headed by Martin Shkreli who has since been convicted of securities fraud.

“We have allowed drug prices to rise to unsustainable levels. 17% of health care spending is on pharmaceuticals. This increase in costs has led to one in four Americans not filling a prescription or skipping or cutting doses because they can’t afford their medications,” said Mello. “Putting away a few guys like Shkreli doesn’t solve the real problem. The structure of drug pricing is the problem.”

Mello framed the complex problem as having a mix of moral, market and political factors. “There is a natural tension between affordability and accessibility of drugs to patients and the cost investment in innovation of pharmaceutical companies,” she said. “We don’t all agree about what the balance should be.”

Lack of transparency in drug pricing further convolutes the problem. “It is really difficult to know what the real price of a drug is,” said Mello. “Almost no one pays the list price of the drug. The real price at the point of prescribing is different for every patient, based on their insurer and their plan, and it is difficult to compare the price against competitors and generics.” The price at point of purchase only reflects what the patient owes, not the cost to the insurer. “And what may be good for the patient, cost-wise, may be very costly to the insurer,” she said.

Mello also reviewed the recommendations of the National Academies report, describing the actions that have been taken to date by pharmaceutical companies, pharmacy benefit managers , government agencies, payors, and health care facilities, as well as areas of opportunity. “Education of physicians and patients is also needed,” she said. “Physicians do not feel they have time to add more responsibilities to their patient appointments. Patients often want prices to be lower but don’t want to reduce their choices.” 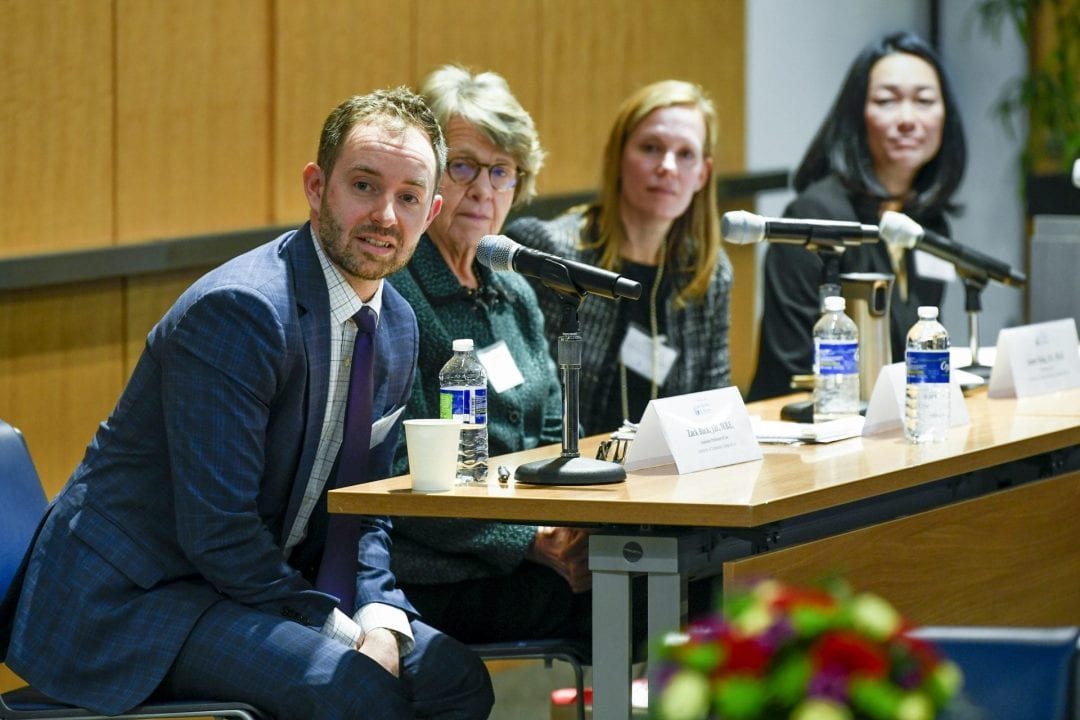 The speakers also identified obstacles that can block state innovation. “The pharmaceutical industry has deep pockets. States attempting to innovate face aggressive lobbying efforts,” said King. “And that is the only beginning. Once the law is passed, it has to be able to survive legal challenges from the pharmaceutical industry. To avoid these legal challenges, states may end up passing laws that are weak or do not have teeth.”

King further noted that federal laws, such as the Employee Retirement Income Security Act, which governs employee benefit plans, can impede state innovation. ERISA preempts state laws with respect to self-insured employer plans, which represent about 60% of all employees with employer based health insurance. “ERISA preemption puts a damper on many things that states are trying to do to address drug pricing,” said King. States are going to continue to face challenges in responding to drug pricing issues without changes to federal law, according to King.

The panelists all agreed that states have been coming up with highly innovative policies to address rising drug prices. However, the pharmaceutical industry’s legal challenges under ERISA, the Dormant Commerce Clause, or patent-law preemption continue to impede states from realizing the full potential of their policy efforts. 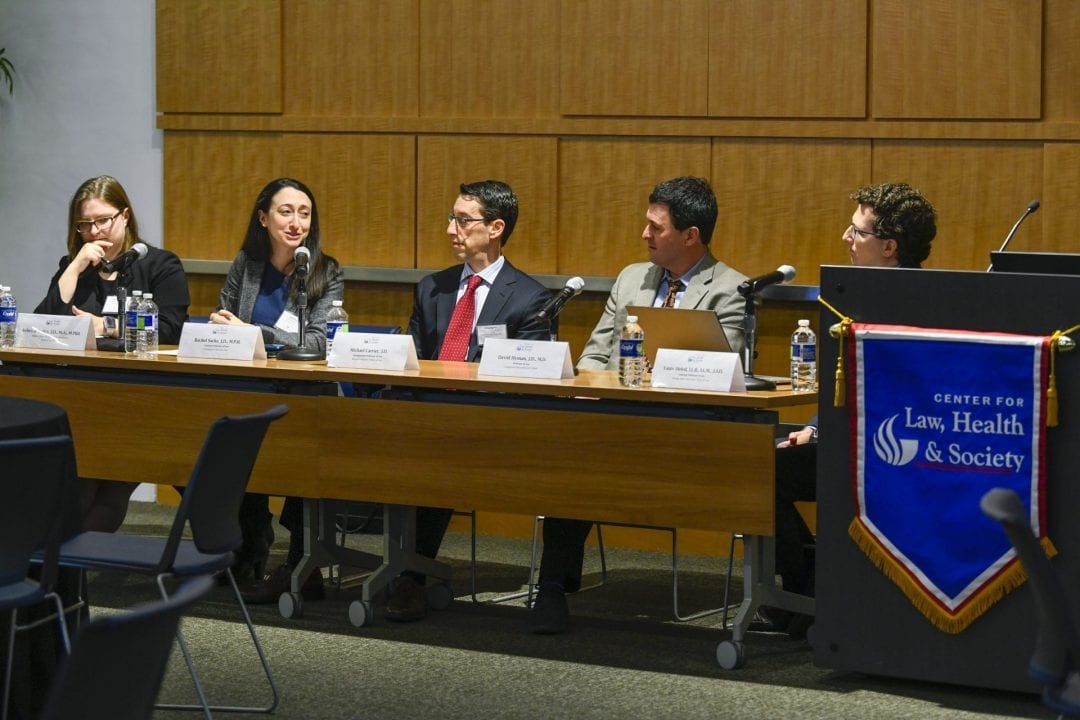 “It’s important to recognize that it’s easy to blame [Martin Shkreli], but he was just playing the game,” said Hyman. The price increases, according to Hyman, are the result of multiple policy decisions and can be addressed by encouraging market entry by potential competitors and use of prizes rather than patents to encourage innovation. He also recommends addressing specific abuses of the Drug Price Competition and Patent Term Restoration Act (known as the Hatch-Waxman Act), including aggressive antitrust enforcement, and stopping open-ended reimbursement, especially in Medicare Part B.

Carrier argued that enforcing the antitrust laws can be an effective tool for preventing unreasonable drug price increases, without sacrificing innovation. “Pharmaceutical companies should not be allowed to pay a generic company not to enter the market just to avoid competition. Branded drug companies should not be allowed to switch the market to a new drug that has only a trivial difference in order to prevent generics from entering the market,” he said. “Citizen petitions are designed to raise legitimate safety concerns to the FDA. Instead, they are being used to delay generics from entering the market while the concerns are investigated. The antitrust laws can be a tool to ending these delay tactics.”

Sachs noted that high drug prices are not problems only for brand name drugs. Generic drugs are experiencing persistent increases in prices. She presented a novel method for addressing price spikes through an FDA pre-clearance process for generic drug manufacturers or facilities. “This concept would allow generic drugs made by companies who have proven safety records to go through a fast-tracked process for entering the market,” rapidly increasing competition in response to a price spike.

Wolitz focused on examining the “pay-twice” critique, namely that pharmaceutical companies charge high prices for drugs developed with government funding. “The critique isn’t that patients are literally ‘paying twice,’ but rather a sense of unfairness that private companies purportedly benefit disproportionately from tax payer-funded research,” said Wolitz. Reasonable pricing clauses have been used in the past in attempts to limit the price of products developed with federal funds. According to Wolitz, “past policies have been criticized as vague and lacking an enforcement mechanism, but future iterations of reasonable pricing clauses might be beneficial in addressing concerns about pricing and government-funded drug development.”

Following the two open sessions, the symposium speakers adjourned to discuss legal and policy strategies and identify priority areas for further research, advocacy, or policy development to contain rising prescription drug prices, moderated by Georgia State Law associate professor Patti Zettler. “It was a wonderful opportunity to have some of the leading legal minds on drug pricing be able to come together for an open discussion of these ideas,” said Zettler.

An article encapsulating those discussions, as well as articles written by the speakers will be published in a forthcoming issue of the Journal of Legal Medicine, a collaboration between Georgia State Law and the American College of Legal Medicine, edited by Leslie Wolf, Center for Law, Health & Society director and Distinguished Professor of Law at Georgia State University College of Law.