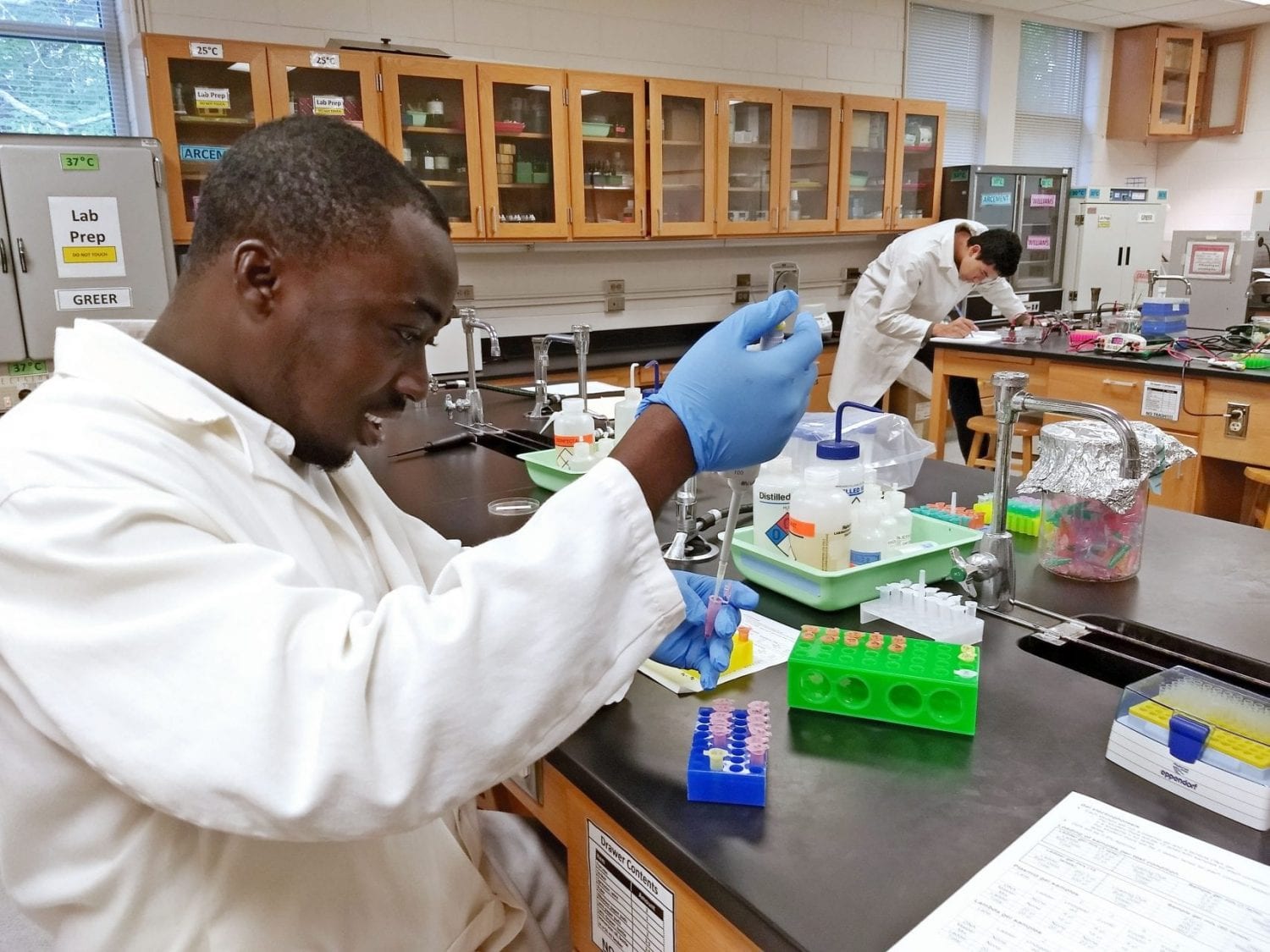 CLARKSTON, Ga. — Koei Howell remembers being told as a child not to open an electric battery.

“It was one of those safety things,” he said.

During three weeks in May, however, Howell, a student at Georgia State University’s Perimeter College did just that. The applied mathematics student not only took batteries apart, he and fellow students Dorcelle Lotemo, Seifedin Mohammed and Femi Taiwo built several different varieties of batteries out of apples, limes and garlic to prove that anything can become a battery.

(The homemade batteries worked, with the lime battery the most successful of the bunch.)

Williams said he learned a lot about research techniques while studying the bird song.

“What I hoped to learn is to how to think like a scientist — and how to apply their methods and theory to analyze data,” he said.

Williams, Howell, Lotemo, Mohammed and Taiwo are just the latest of 168 LSAMP students who have completed summer research projects since the program began in 2009. Margaret Major, LSAMP project director and associate biology professor, started The Summer Bridge program as a way to offer two-year students research opportunities. It is funded through a grant from the National Science Foundation.

“The importance of these research projects, is to provide Perimeter College students with the fundamental experience needed to perform research and hopefully encourage them to persist in their program of study,” Majors said. “They are taught the importance of a research design, how to collect and analyze data, and how to present data in an oral and poster formats at professional conferences.  It’s an experience that two-year college students (normally) do not receive.”

The program’s effectiveness is underscored by Perimeter College graduates such as Gedeon Nyengele, who has continued research as an undergraduate and as a doctoral candidate. He was awarded a Graduate Fellowship (one of two electrical engineering recipients from Georgia Tech in 2017 — the other being Yash-yee Logan, another LSAMP alum) and was accepted into the electrical engineering doctoral programs at Stanford, University of California Berkeley, Carnegie Mellon and Georgia Tech. Nyengele now attends Stanford University and is fully funded for his five-year doctoral program.

“The early exposure to research through programs such as Summer Bridge and REUs (Research Experiences for Undergraduates) are the backbone of my current accomplishments,” said Nyengele. “People and are blown away by the many things I have accomplished through the LSAMP program (tutoring, mentorship, advising, research guidance),” he said. “There is no way I could have gotten here without those opportunities. They shaped me and turned me into the self-motivated and the independent researcher I am today.”