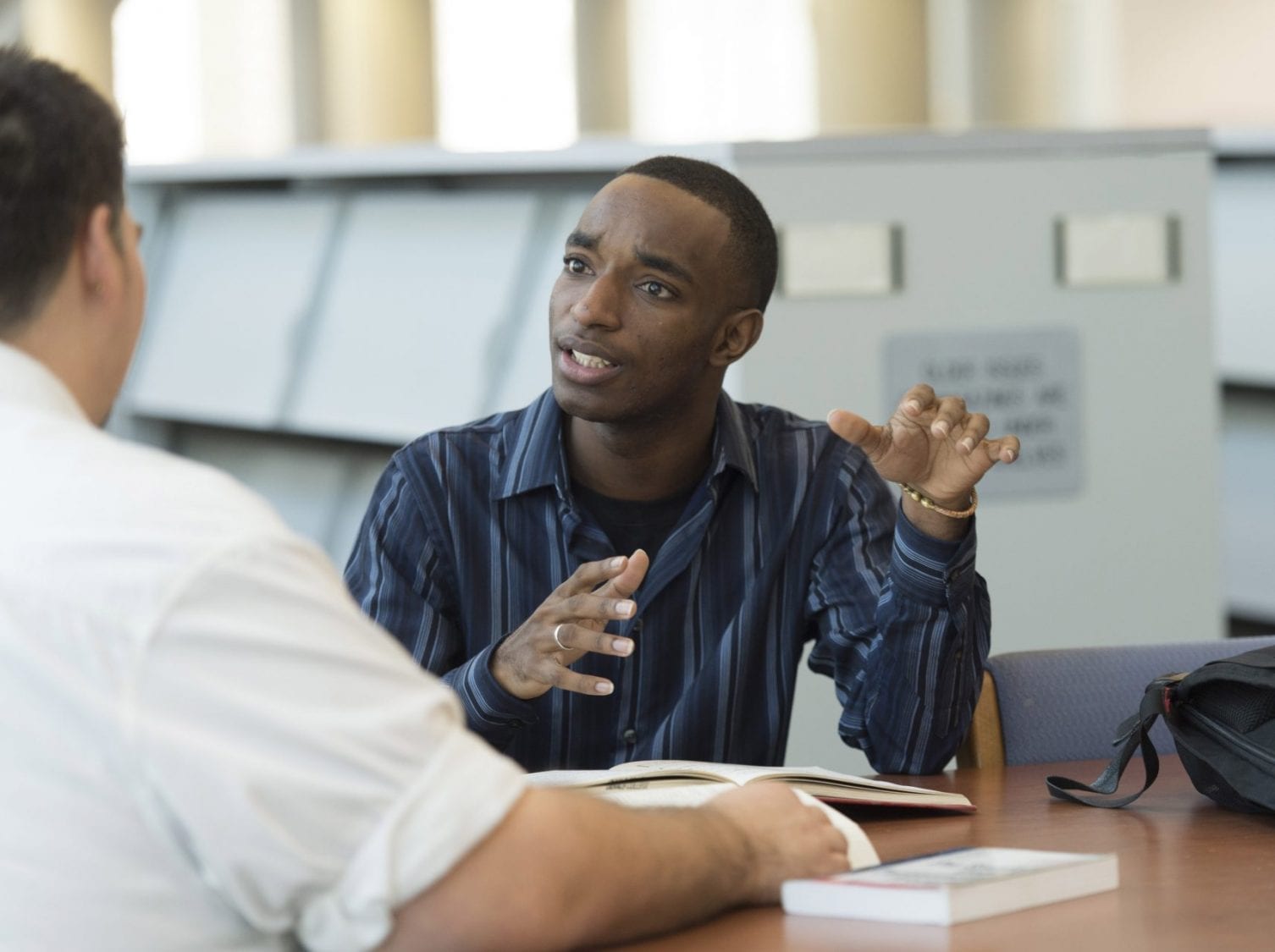 Engineering student Amadou Bah is one of 47 scholars selected from a pool of 2,500 applicants from across the nation.

The Jack Kent Cooke Foundation offers each winner up to $40,000 per year for up to three years, making it the largest private scholarship for two-year and community college transfer students in the country. The goal is to cover a significant share of the student’s educational expenses — including tuition, living expenses, books and required fees — for the final two to three years necessary to achieve a bachelor’s degree.

“Today has been a life-changing day,” Bah, a native of Guinea, West Africa, said after learning he’d won the scholarship.

Since 2002, 17 Perimeter College students have been selected to receive the national scholarship. Bah, an international student who also lived in Swaziland and Mozambique before immigrating to the United States, says the award will help alleviate the financial burden of paying for the remainder of his college. He is the oldest child in his family and has four other siblings—two of whom are in college as well.

“I am just trying to digest all of it,” Bah said of the national honor.

Jack Kent Cooke scholars are selected  based on academic ability, persistence, leadership, and service to others. The recipients selected have a median adjusted gross annual income of $5,000 and an average GPA of 3.92. Biological sciences, engineering and computer/informational sciences are the most popular fields of study among the cohort.

Two other Perimeter College students, as well as a recent graduate, joined Bah as Jack Kent Cooke semifinalists this year.

Bah has been accepted by MIT (Massachusetts Institute of Technology), where he plans to finish his bachelor’s degree in engineering.