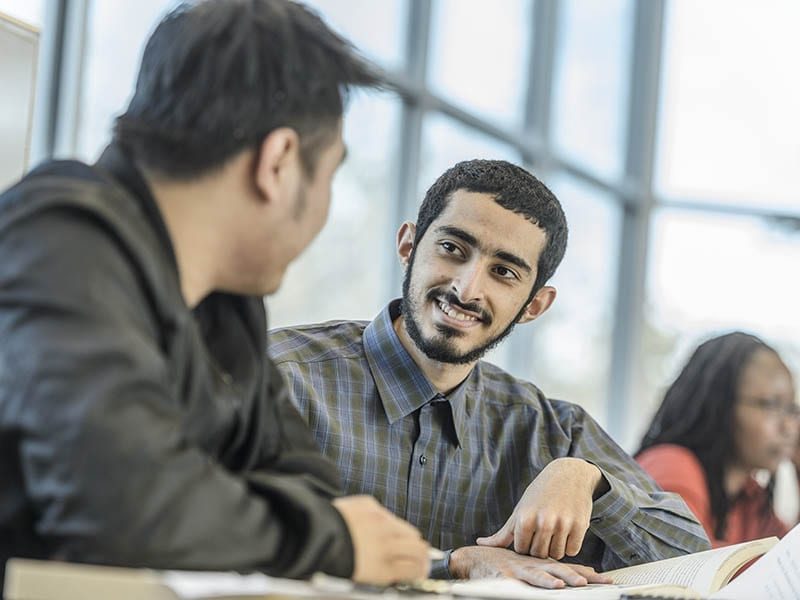 Herwis always has had a fascination with flight and wings, combined with an interest in problem solving and designing things.

“As a child, I played with Legos and made Lego planes and paper planes,” the 23-year-old student said. “I was always refining and redesigning the way they were built, sometimes to make them fly farther (in the case of paper planes); other times simply to make them look cooler.”

When Dr. John Weber, his Perimeter math professor, told him about the NASA Community College Aerospace Scholars program, Herwis jumped at the opportunity to apply. Herwis was recently selected as a scholar and will go to NASA’s Stennis Space Center in Mississippi Feb. 21-24 to attend an onsite program with students from across the United States. NASA describes the Stennis Space Center as its “primary rocket propulsion testing ground.”

At the center, Herwis will get a chance to test his ideas for propulsion and mobility as part of a team in a robotics project. The exercise is aimed at designing a rover for Mars exploration.

Students interested in attending an onsite experience with NASA must first complete and pass an extensive online test to be accepted as a NASA Community College Scholar.

“The online portion of each chapter discusses topics like the history of NASA and the development of the aerospace industry as we now know it,” said Herwis. “After every chapter there’s a quiz for that chapter, and we have to choose a project. We get to choose three options — our plan to get man to Mars, formulating plans to search for life on Mars and designing a rover that would travel on Mars.”

Born in the United States, Herwis traveled extensively with his family overseas, before settling in the Clarkston area.

“I chose Perimeter College because it was close to family — and because my mom suggested it,” he said. (His mother is a student on Georgia State’s Atlanta Campus.)

He was delighted to find the engineering courses offered at the college. When he isn’t figuring out a new design for a plane, or thinking about quasars and pulsar speeds in space, he is a tutor at the Learning and Tutoring Center on the Decatur Campus.

“This is the first time I’m going to be on a NASA site; it’s exciting and surreal to me,” said Herwis, who dreams of one day working for NASA. “I always knew I wanted to go into the aerospace industry.”