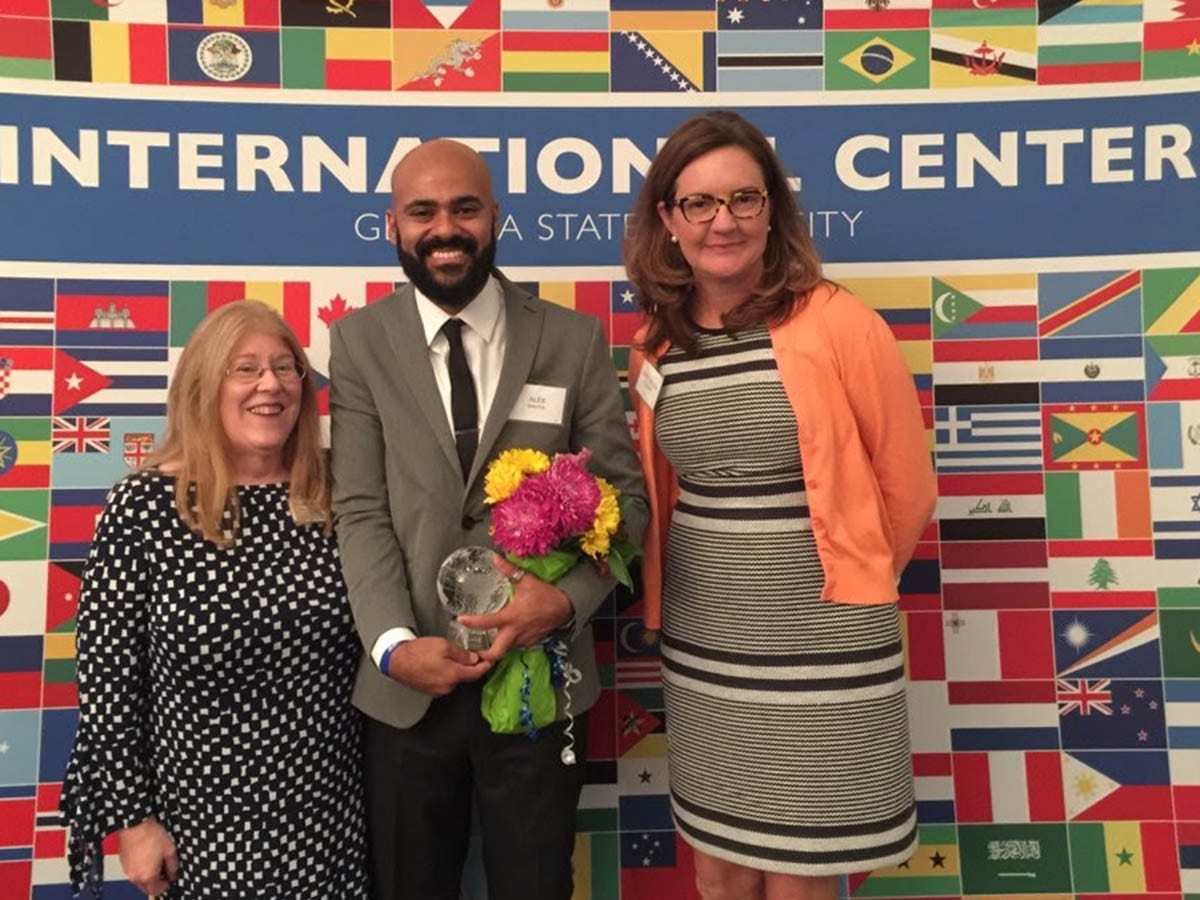 Alex Santos is winner of the university-wide recognition, which was announced during Georgia State’s opening ceremony for International Education Week Nov. 13.

“I’ve had great professors who believed in me since the very beginning,” said Santos, a native of Brazil. “I worked hard, but I’m also lucky I had good people surrounding me.”

In 2012, Georgia State began recognizing an exemplary faculty member, staffer, international student—one undergraduate and one graduate—and a study abroad student, for their commitment to international education.

Santos was selected as the undergrad recipient, in part, because of his role as communications vice president and mentor for Perimeter’s Mentoring Initiative for New Americans (MINA) program. MINA connects college and university students with immigrants and, mostly, refugees, who are seeking admission to college.

Mentors such as Santos assist the immigrants and refugees with everything from understanding the forms needed to apply to college to developing the study skills needed to succeed once they’re in school.

An Honors student, Santos and his wife moved to Atlanta a few years ago, when the now 35-year-old saw an opportunity to pursue the college education he’d wanted after graduating from high school in Sao Paulo. In addition to maintaining top grades and getting involved in campus activities, Santos is an artist who enjoys drawing and painting. He has painted several public art pieces throughout metro Atlanta.

“Alex exceeds all expectations in every aspect of life—academically, in the community and on campus,” O’Connor said. “He’s a leader by any definition.”