For three decades, two Georgia State chemistry professors have collaborated to build molecules that can cure disease.
Use Scan QR Code to copy link and share it
by Jennifer Rainey Marquez

Thirty years ago, David Wilson and David Boykin, now both Regents’ Professors of Chemistry at Georgia State, struck up a friendship. Their labs were next door to one another, and each would often pop in to the other’s space to chat. They once took their sons on a canoe trip together through the Okefenokee Swamp. 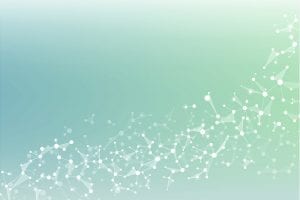 The two Davids also shared a keen interest in medicinal compounds — molecules that can target the DNA of viruses or parasites and kill them, or that can target human DNA to prevent mutations from causing disease. These molecules can become active ingredients in drugs.

In the early 1980s, they put their minds together to design molecules that could help destroy the organisms that cause pneumonia, which was then killing a large number of HIV patients whose weakened immune systems were vulnerable to the infection. This led to work creating a drug to target trypanosomes, a group of parasites that cause fatal diseases such as sleeping sickness for which there is no treatment.

“You want to make something that will bind to these speciﬁc biological molecules” — like a key in a lock — “but have minimal effect on the rest of the body,” says Wilson. “If the drug is going to combat pneumonia, you want it to pretty much kill the pneumonia without knocking off any other healthy cells.”

For both projects, the team made promising headway — even creating a drug that cured 300 people of sleeping sickness in Africa — but they came short of perfecting a drug for widespread clinical use.

So they started off in another direction. Wilson had an idea to look at the interactions between proteins and DNA. Proteins called transcription factors tell DNA when to stop and start making RNA, which produces new cells. If the transcription factor is faulty, it can cause a genetic mutation that leads to the creation of abnormal cells. That’s what happens in acute myeloid leukemia (AML), a deadly blood disease in which the body generates white blood cells that are unable to ﬁght infection.

They began working with another chemist, Gregory Poon, who was then at Washington State University but soon thereafter took a position at Georgia State. The three worked to create compounds that would inhibit the protein-DNA interaction that causes AML.

“We discovered one that binds like crazy, and once it’s done its job, it dissociates from the protein,” says Wilson. “This is exactly what you want in a drug.”

After publishing their ﬁndings, they were contacted by Ulrich Steidl, a researcher at Albert Einstein College of Medicine, who wanted to test the drug in animals and in sample cells from human cancer patients. The results, which were published last December, showed the compounds work against the cancer.

The next step: reﬁning the molecules to make them even more effective and less likely to cause side effects. “You’re always trying to get the best lead you can get, and then tinker with it based on some kind of logic and information,” says Wilson.

Constructing and deconstructing the molecules is much more complicated than popping together chemical elements like LEGO pieces. “We have to ﬁnd a way to build it and then test it to see how it works,” says Wilson. “These are not easy compounds to synthesize.”

At the same time, Boykin and Wilson are collaborating with a group from University College London to test compounds that they’ve developed against amyotrophic lateral sclerosis (ALS), also known as Lou Gehrig’s Disease. The drug targets proteins that bind to RNA and turn toxic, causing them to malfunction.

Wilson describes the process of creating compounds as akin to making art.

“Someone who composes symphonies gets inspiration for a beautiful passage of music. As a chemist, I get ideas for what chemicals can do. I sometimes wake up at night with a bolt of insight — that’s a molecule!” he says. “Of course, from an altruistic standpoint, we would love to cure leukemia or ﬁnd a treatment for ALS. But for me, it would also be a golden moment to show that chemistry works. It works!”