Dora Il’yasova, associate professor of epidemiology, explains why everything you thought you knew about antioxidants is wrong.
Use Scan QR Code to copy link and share it
Interview by Jennifer Rainey Marquez 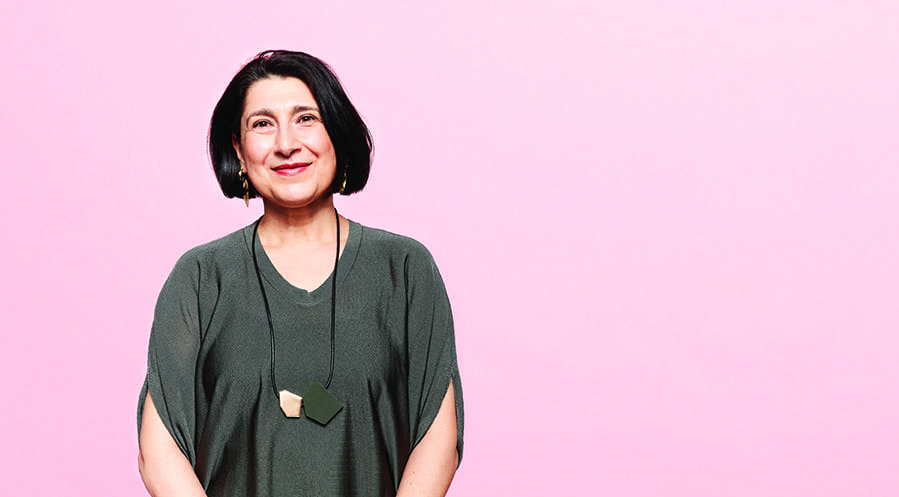 Dora Il’yasova, associate professor in the School of Public Health

Your research focuses on oxidative stress, which you say is largely misunderstood. Can you explain?
The normal, natural processes in your body — breathing air, metabolizing your food — create what are known as reactive oxygen species. These species can bind to molecules in the body and oxidize, or damage, them. Sometimes, this ends with one damaged molecule, but other times, it can initiate a chain reaction causing more widespread damage known as oxidative stress.

Yet if this is happening all the time, why aren’t our bodies being damaged beyond repair? The answer: antioxidants, which can absorb these reactive species, almost like a bulletproof vest.

Scientists have found that the more antioxidants — like vitamin E and beta carotene — you have in your blood, the lower your risk of disease. The assumption was that high levels of antioxidants was also correlated with low amounts of oxidative stress. But we didn’t really know. Still, experts just ﬁgured giving people antioxidants would make them healthier. It turned out that wasn’t the case.

How so?
In the early 1990s, there was a clinical trial in which researchers gave vitamin E and beta carotene pills to smokers. But what they found was that people who took the pills were more likely to develop lung cancer. When the results were published back in 1994, a similar trial was ongoing in the U.S. When the American researchers began to ﬁnd the same effect, they stopped the trial.

That’s so hard to comprehend, given that we know eating a healthy diet is good for you, and healthy foods are high in antioxidants.
That’s true. But you have to remember that blood levels of antioxidants are just a marker for a healthy diet. The problem is when you try to isolate what causes this good effect. Every time we have tried to unravel what it is in fruits and vegetables that is so protective against disease — antioxidants, ﬁber, ﬂavonoids — we hit a wall.

So if antioxidant levels aren’t a good measure of disease protection, then what is?
Instead of measuring antioxidants, what we need to do is measure oxidative damage. And we have to do it before people develop a disease so we can see whether or not they get sick based on their oxidative status.

Unfortunately, you can’t measure reactive oxygen species directly. So, we’re measuring them by looking at biomarkers called F2-isoprostanes, which are like a footprint of the reactive species’ activity.

And have you found that greater oxidative damage is correlated with higher disease risk?
No! The ﬁrst study I did looked at diabetes risk, and I couldn’t believe what I saw when I analyzed the data. The higher the level of these biomarkers, the lower the risk of diabetes. Yet we know that people who already have diabetes also have higher levels of these same biomarkers — so how can you reconcile that?

What’s your explanation?
During the metabolic process, we predominantly use fuel from two different sources: carbs or fat, and each of us has a natural tendency to use more of one or the other. When people naturally burn, or oxidize, a lot of fat, they have a tendency not to gain weight.

If you do gain weight, though, then fat oxidation increases as your body tries to burn more fat to stabilize your weight. If the number on the scale continues to climb, so does the oxidation.

So, people with a stable weight and high fat oxidation, meaning they tend to use fat for fuel, may  have high levels of F2-isoprostanes, but they do not become obese and do not develop diabetes. Meanwhile, people who gain weight and have lower fat oxidation, meaning they tend to use carbs for fuel, experience rising biomarker levels as fat oxidation goes up, and the cycle continues until it leads to obesity and insulin resistance, and subsequently, diabetes.

What effect do oxidative stressors — things that cause oxidative damage  — have on these biomarkers?
Surprisingly very little. For another study, we collected the urine of cancer patients before they received an injection of chemotherapy, then again one hour after injection, then again after 24 hours. We measured four different F2-isoprostanes in the urine, and we showed that  — as you would expect  — all of them increased one hour after injection. What was completely shocking is that by 24 hours, those biomarker levels had already gone back down. And chemo is a huge oxidative stressor — unlike anything we would experience in normal life.

After further analysis, we found that for some patients, F2-isoprostanes even decreased after being given chemo. Interestingly, the people who showed the biggest increase in F2-isoprostanes started out having much lower levels to begin with.

It’s a completely different idea, but we found that biomarkers for oxidative damage can also serve as biomarkers of resilience. If you have high levels of F2isoprostanes, you also have a high metabolism, and that is protective if somebody gives you an oxidative stressor like chemo. Because if you have high metabolism and you normally produce high levels of reactive oxygen species, you have a mechanism that can quickly shut down their generation. Meanwhile, the person with lower levels of F2-isoprostenes and a lower metabolism has a delayed response to oxidative stress and therefore is less protected.

How has this discovery informed what you’re  working on now?
We know responses to oxidative stress are very individual, meaning we all react differently to different toxic substances. We can’t give healthy people poisons to measure their effects, but we can take a cell from a person and subject it to a toxic substance and look at the response.  We’re now doing this with cells isolated from cord blood. Because it’s cord blood, we’re talking about a very vulnerable population: newborns. We’re subjecting these cells to known toxic substances, and ﬁnding that we can distinguish between responses among the individual donors — this newborn is very sensitive to the substance, this one is very resilient.

How would you apply this sort of research?
The immediate application would be to see how different environmental toxicants — for example, e-cigarettes — can affect a fetus. Many studies show e-cigarettes are not as harmful as regular cigarettes, and this is a message that a pregnant woman could take as a free pass to use e-cigarettes. But we’re dealing with fetuses, which are extremely sensitive to chemical exposures — much more so than adults.