As an undergrad at Georgia State, when Donald Kirkland wasn’t in class or on the soccer field, he could be found roaming the halls of the nearby state Capitol.

A self-described Army brat, Kirkland’s parents retired to Henry County, where he began working on local political campaigns while still in high school. Making the transition to a career in state government, Kirkland, 33, is now director of public and governmental affairs for the Georgia Department of Natural Resources, a vast state agency with 1,600 employees across five divisions. 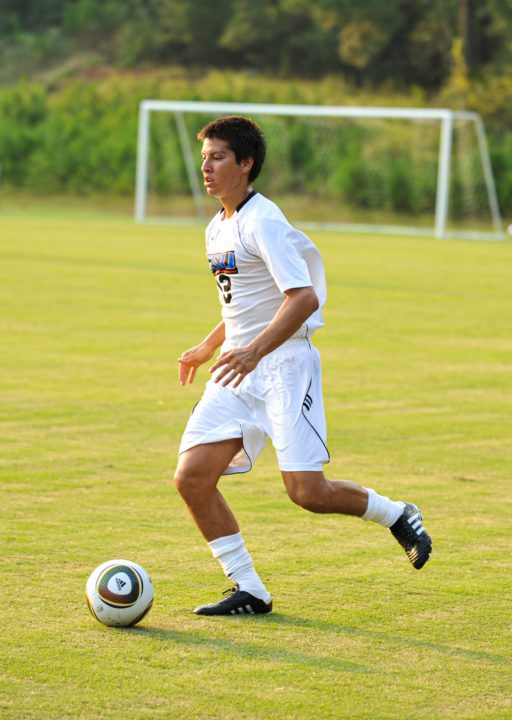 Kirkland was a midfielder for the men’s soccer team from 2008-11.

Kirkland, who is Navajo, was also tapped by former Gov. Nathan Deal in 2013 to serve on the state Council of American Indian Concerns. Now vice chairman of the council, Kirkland has been heavily involved with the Atlanta Braves’ Native American working group and has represented Georgia on the board of directors of the Governor’s Interstate Indian Council, using his governmental insight to promote improved relationships between tribes and state and local agencies.

On March 24, Kirkland will be celebrated as a member of the Georgia State Alumni Association’s 40 Under 40 Class of 2022, which honors the most influential and impactful Panthers under the age of 40.

“It’s unexpected. I was honored to just be nominated, given the sheer size of Georgia State,” Kirkland said. “Knowing the impressive things that some of our graduates have accomplished, it’s certainly an honor to be recognized.”

While the General Assembly is in session, Kirkland is leading a government affairs team tracking more than 200 bills affecting the Department of Natural Resources, which is responsible for air, land and water quality, coastal resources, wildlife management and more than 60 state parks and historic sites.

“I’ve been fortunate to have held positions that enabled me to develop a variety of skills and agency leadership that granted me the freedom to make decisions and work on meaningful projects that positively impact Georgians,” Kirkland said. “It really makes work fulfilling. I’m particularly thankful Governor Deal and Governor Kemp have given me the chance to use the knowledge and experience I’ve acquired to benefit the Native American community.”

It’s work he prepared for during his time at Georgia State, when he gravitated toward the Gold Dome to work as a legislative aide to state representatives and senators when he wasn’t studying or playing for the Panthers soccer team, which he captained for two seasons in 2008 and 2009.

“Being right across the street from the Capitol gave me access to opportunities I would not have had at another university,” he said.

After starting his career at IBM and finding his footing as an entrepreneur, Mohammed Hasan Tarek (B.B.A. ’99) is focusing on his passion for cricket as the owner of one of the sport’s newest professional teams, the Atlanta Fire.
By Michael Davis (B.A. ’03)
Andrew Gumbel’s prize-winning book “Won’t Lose This Dream: How an Upstart Urban University Rewrote the Rules of a Broken System” recounts Georgia State’s highly successful efforts to level the playing field for students from all backgrounds.
Interview by William Inman (M.H.P. ’16)