By Michael Davis (B.A. ’03)
Use Scan QR Code to copy link and share it

After starting his career at IBM and finding his footing as an entrepreneur, Mohammed Hasan Tarek (B.B.A. ’99) is focusing on his passion for cricket as the owner of one of the sport’s newest professional teams, the Atlanta Fire.

As a boy in Bangladesh, Mohammed Hasan Tarek marked the seasons with sports. In the dry winter, cricket was the game of choice. Soccer, less affected by weather, was almost all you could play in the summer rainy season.

When he was around 7 years old, Tarek’s father, who managed a textile mill, asked the workers to carve a cricket bat and wickets for his son.

“Not everybody could afford the equipment,” Tarek said. “Not everybody had it. I had the bat and the wickets and the ball, and all the kids of my age would wait for me to come out, and then we would start playing.”

An entrepreneur and lifelong sports fan, Tarek has gone from organizing pickup games among his childhood friends in Bangladesh to owning his own professional American cricket team, the Atlanta Fire, which joined the Minor League Cricket organization in 2020.

The Atlanta Fire is one of 27 teams across the country to play in the league’s inaugural season, which USA Cricket called “the most extensive cricket competition to ever take place in the United States” when it got underway in July. More than 200 matches were scheduled across 10 weekends this year in 21 cities around the country.

Tarek moved to the U.S. after his 10th-grade year, and after finishing high school in Decatur, Ga., worked full- and part-time jobs while going to school to earn a degree in computer information systems. With several job offers once he graduated, he joined IBM and spent seven and a half years with the company before leaving to concentrate on building a real estate business that has grown to include more than a dozen gas station and convenience store properties.

While growing the business, Tarek helped found the Bangladesh Sports Federation of Georgia in 2000 and spent the next 18 years serving in leadership posts with the organization, which offers youth cricket, soccer, badminton and other sports popular in Bangladesh.

He founded the Atlanta Fire in 2018, just prior to USA Cricket’s announcement of a $1 billion deal to roll out a professional structure for American cricket with major and minor leagues.

Before joining Minor League Cricket, the Atlanta Fire logged three championship performances in a row, including the 2019 2X Cricket USA Cup in Houston (beating out 15 other teams) and the Desmond Lewis Cup in Atlanta. The team also won the 2019 National Cricket League tournament in Wisconsin. Over the Fourth of July weekend, the Atlanta Fire was undefeated in the LA Open 2021 Championship, besting 19 other teams.

Eleven matches into the 2021 Minor League Cricket season, the Atlanta Fire was in first place in its division.

“Once we do that, we can have the U.S. national team play there or even host international teams,” Tarek said. “It’s our goal to make Atlanta one of the top hubs for cricket in America.”

WHAT TO KNOW
ABOUT CRICKET

Cricket has been played for hundreds of years, and its rules, equipment and techniques have evolved over time. Each of the three major forms of the game has its own rules, but the basics are largely the same.

Here’s a short glossary to help you get to know the game.

Pitch: The 22-yard rectangular area in the middle of the oval field.

Wicket: The three vertical stumps and two horizontal bails positioned at each end of the pitch.

Wicket Keeper: The fielding player who wears gloves, behind the wicket, to stop balls that pass the striker. 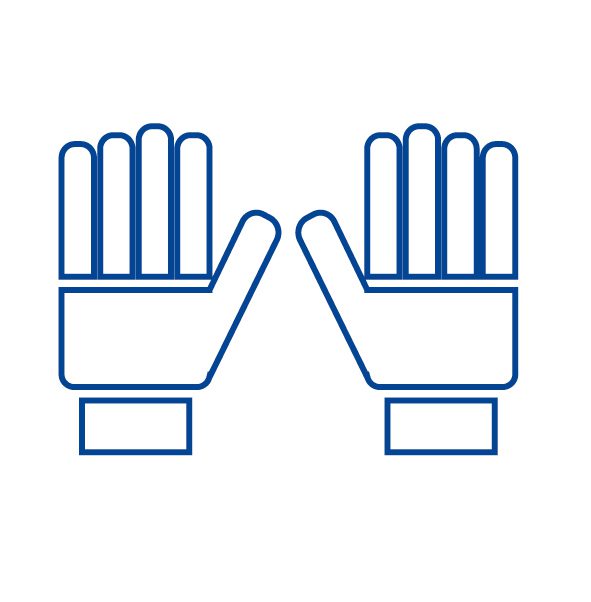 Bowler: Player who delivers the ball toward the batsman, trying to knock down the wicket and limit runs. 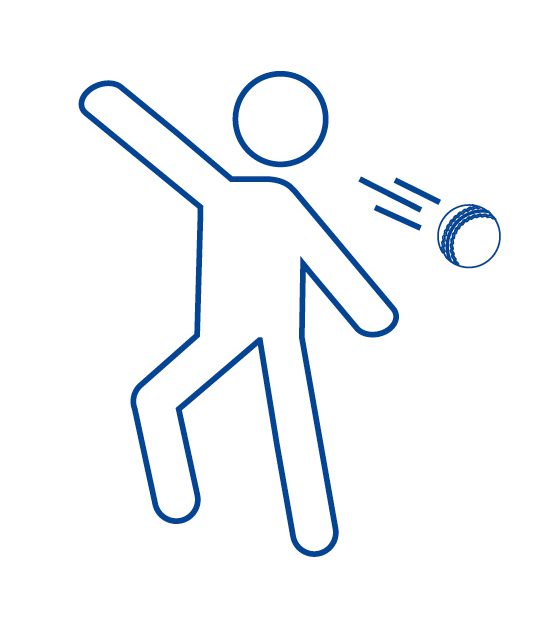 Striker: One of two batsmen on the field at a time, to whom the bowler delivers the ball.