The past sports season has been the best in Georgia State history, and the future is looking bright for Panther athletics.

The past sports season has been the best in Georgia State history, and the future is looking bright for Panther athletics. 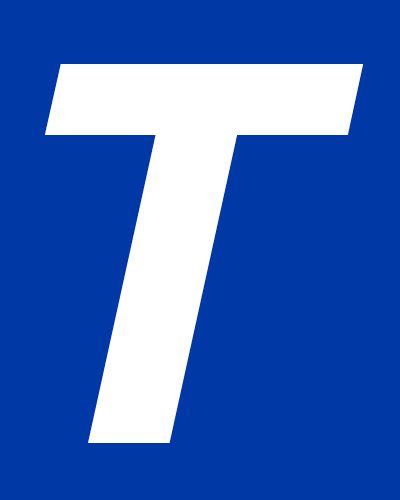 There has been a steady march under Georgia State Athletics Director Charlie Cobb’s banner of “Culture of Success.” When Cobb took the job eight years ago, he had a hunch that Georgia State had the ingredients to be one of the best mid-major athletic programs in the country. But he had to turn it into an ethos, a mindset, that success was there to be taken.

“You have to have core values and a culture, and speak to it and define it,” Cobb said. “Number one is always going to be academic achievement, but we also believe in competitive greatness. This year certainly validates what we’re doing when you look at how our kids are doing in the classroom and what they’re doing on the field.”

The past year was the Panthers’ best in school history.

Beach Volleyball finished No. 7 nationally, the highest NCAA ranking ever for a Georgia State team.
Eight wins in football, another bowl win and a victory over a Top 25 team.
A berth in March Madness, the NCAA men’s basketball tournament.
A win in the ultra-competitive NCAA men’s soccer tournament.
Thirty wins in baseball, a record 15 victories in the Sun Belt Conference.
Women’s tennis won the conference regular season championship.
Men’s tennis was regular season and conference tournament champion.

Swipe to view our highlights.

Beach Volleyball finished No. 7 nationally, the highest NCAA ranking ever for a Georgia State team.

Eight wins in football, another bowl win and a victory over a Top 25 team.

A berth in March Madness, the NCAA men’s basketball tournament.

A win in the ultra-competitive NCAA men’s soccer tournament.

Thirty wins in baseball, a record 15 victories in the Sun Belt Conference.

Georgia State was one of only five Group of Five (mid-major) programs to win a bowl game and make it to March Madness. The Panthers, who compete in 16 sports, won three conference tournament championships to go with two regular season championships.

This success suggests Georgia State is a team to be looked out for, not overlooked. In the fall, the new $80 million Convocation Center opens — the new digs for the basketball teams. The baseball and softball stadiums on the site of the old Atlanta-Fulton County Stadium, inspired by the legacy of baseball great Hank Aaron, will follow.

The Sandy Panthers, the women’s beach volleyball team, upset No. 2 Texas Christian in the NCAA Tournament, one of their 12 wins against ranked teams. This was after a 14-match winning streak to close the regular season. The Sandy Panthers have been a stout program for most of the 10 seasons under coach Beth Van Fleet (B.S. ’99, MBA ’09).

“We talk a lot about the underdog mentality,” senior Kelly Dorn said. “If we see a team show up late to warm up, or if we feel like they’re kind of messing around, we see it and we say to each other, ‘Look, they’re not taking us seriously right now.’

“Then it’s our time to pounce.”

Van Fleet has led the Sandy Panthers to six 20-win seasons, including a record 28 wins in 2022. Georgia State tied for fifth place in the nation at the NCAA Tournament. The 2022 roster also combined for a 3.74 overall team GPA — the highest among all teams for the spring.

Van Fleet and Dorn said the players were healthy and fit for the stretch run. They said their strength and conditioning coach J.D. Mehlhorn and athletic trainer Hannah Reich were tuned in to the demands of their sport. There were no major injuries that would have derailed the late-season surge.

“You want to peak at the right time,” Dorn said, “and we did because we were healthy.”

The football team also peaked during the second half of the season. The Panthers started 1-4 against a rugged schedule, then won seven of their last eight, including a 42-40 win over No. 21 Coastal Carolina and the Christmas Day 51-20 victory over Ball State in the TaxAct Camellia Bowl.

It could have been a 9-4 season, but an epic win over Auburn on the road slipped away after a controversial call down the stretch.

“It wasn’t a silver lining, it was a tough loss, but what it did do for us was create a lot of talk around college football about how well we played against Auburn,” said Head Coach Shawn Elliott. “The college football world kind of took notice of Georgia State for the afternoon. They were showing how close we were, within a minute of pulling that game out.”

There was also plenty of buzz around quarterback Darren Grainger after his stellar performance in the bowl game. Grainger completed 15 of 19 passes for 203 yards and three touchdowns and ran for 122 yards and another score against Ball State.

Grainger returns for 2022, and so does a culture of winning that Elliott has built in his five seasons running the program.

“Our strength comes from the mentality of our football team,” Elliott said. “Last season was about building the culture and the mentality that we are going to win. Also, knowing that we are building a football program that, one, is competitive, and two, has a chance to win every time we take the field. And when I say win, I’m talking about winning a conference championship and playing these so-called power five teams pretty well and having an opportunity to beat them.”

Defensive back Antavious Lane, a redshirt sophomore, was named to the first-team defense in the Sun Belt.

There was another star in the fall. Georgia State senior middle blocker Meisheia Griffin was named the Sun Belt Defensive Player of the Year, becoming the first person in school history to earn that honor.

In the spring, the Panthers baseball team won 30 games — the most victories since 2015 — and tied a mark for most conference wins (15). The unquestioned star was outfielder Max Ryerson who was named Newcomer of the Year in the Sun Belt after setting the school record of 22 home runs in a season.

Ryerson batted .335 and was named first-team All-Conference, along with sophomore Cameron Jones, a left-handed pitcher and outfielder.

The men’s tennis team finished 17-8 and earned a berth in the NCAA Tournament after winning the Sun Belt Conference regular season title and the tournament championship.

Beach Volleyball was impressive, the football team became formidable and men’s basketball made its big splash in March Madness, but no one should overlook the remarkable turnaround by the women’s tennis program. Led by seniors Eva Chivu and Andreea Stanescu, the program improved from 2-19 in all matches, 0-10 in the Sun Belt in 2020-21, to 17-6 overall and 9-1 in the regular season and a share of the regular-season title.

One of the reasons Cobb said Georgia State was able to have success was because its athletes were able to stay engaged during the COVID-19 pandemic. No one’s health was put in jeopardy, Cobb said, after the conference leadership determined it could safely play some games. Georgia State had to navigate that early in the 2021-22 basketball season and made it through.

What’s especially gratifying for Cobb is that athletics has not become detached from academics with the success. The overall GPA of athletes, he said, was 3.2. That’s better than the 3.0 overall of the student body.

Cobb looked out his office window onto the football field and there were players working out on their own, without coaches. His message is clear: Don’t settle.

“We certainly don’t think this is a plateau,” Cobb said. “There’s been a tremendous amount of great publicity for Georgia State University, and I like to think that athletics has been a part of that, and we want that to continue. We have to continue to invest in and provide that experience for our young people.

“The Sun Belt is getting better and we’re competing against teams that have a lot of resources, so you have to continue to push to succeed and not rest on where you are. You’ve got to look ahead and see what’s next.”

The Chef With No Stomach

By Charles McNair
But My Soul Is In Afghanistan