Clark Cunningham, professor of law and the inaugural holder of the W. Lee Burge Chair in Law & Ethics, has been regularly consulted by local, national and international media outlets in the past year for his expertise on the law relating to search warrants and the criminal investigations of interference in the 2020 presidential election. 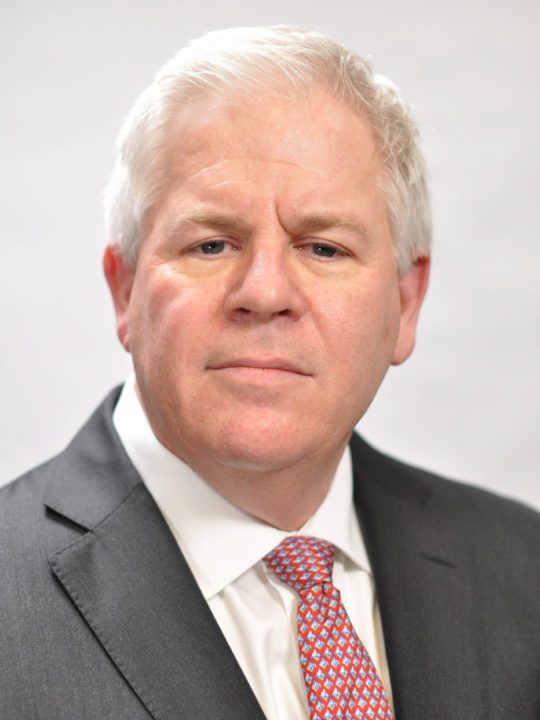 In August 2022 the world’s leading on-line publisher of research-based news and analysis, The Conversation, posted five articles by Cunningham analyzing legal issues raised by the search of former President Trump’s residence at Mar-a-Lago. According to The Conversation’s website, these articles were read by over 268,000 persons around the world.

Cunningham said while some of these readers were direct subscribers to The Conversation, the articles were also republished by many media outlets.

“For example, over 40,000 people read an article I wrote for The Conversation on August 9 when it was republished that same day on the website of PBS Newshour,” he explained.

In the most widely read of his five Conversation articles on the Mar-a- Lago search, posted on August 26, 2022, he explained how the affidavit used to obtain the search warrant contained evidence that the former president may have compromised national security.

“The affidavit reveals that some of the documents stored at Mar-a-Lago were marked HCS, indicating they were intelligence derived from clandestine human sources—or what we would think of as secret intelligence information provided by undercover agents or sources within foreign governments,” he wrote. “If the identity of agents or sources is revealed, their intelligence value is compromised and, even, their lives may be at risk.”

“One of the benefits of publishing with The Conversation is working with editors who are professional journalists,” said Cunningham, “The editing process is the most intensive I’ve experienced.  Not only must every factual statement be supported by a reliable public source, linked by URL in the text of the story, but the editors are constantly pressing you to be ever more concise and clear.”

Following the high-profile investigations of interference in the 2020 presidential election, along with the flurry of consistent media requests, have kept the legal scholar busy. But Cunningham doesn’t seem to mind and has experienced some noteworthy moments along the way.

“The most exciting, and stressful, moment was being interviewed on live national TV by Chuck Todd for Meet the Press on January 21, 2022,” he recalls.

“My favorite experience was being interviewed for the Bloomberg radio network by June Grasso, because the interview lasted about 30 minutes which gave a real opportunity to dig into and explain all the issues raised by the investigations into former President Trump’s  interference with the 2020 election.”