ATLANTA — The Georgia International Law Enforcement Exchange (GILEE) recently marked its 30-year anniversary with a gala at the Mercedes-Benz Stadium’s Delta Sky 360 Club in Atlanta. GILEE is a research unit in the Andrew Young School of Policy Studies at Georgia State University. 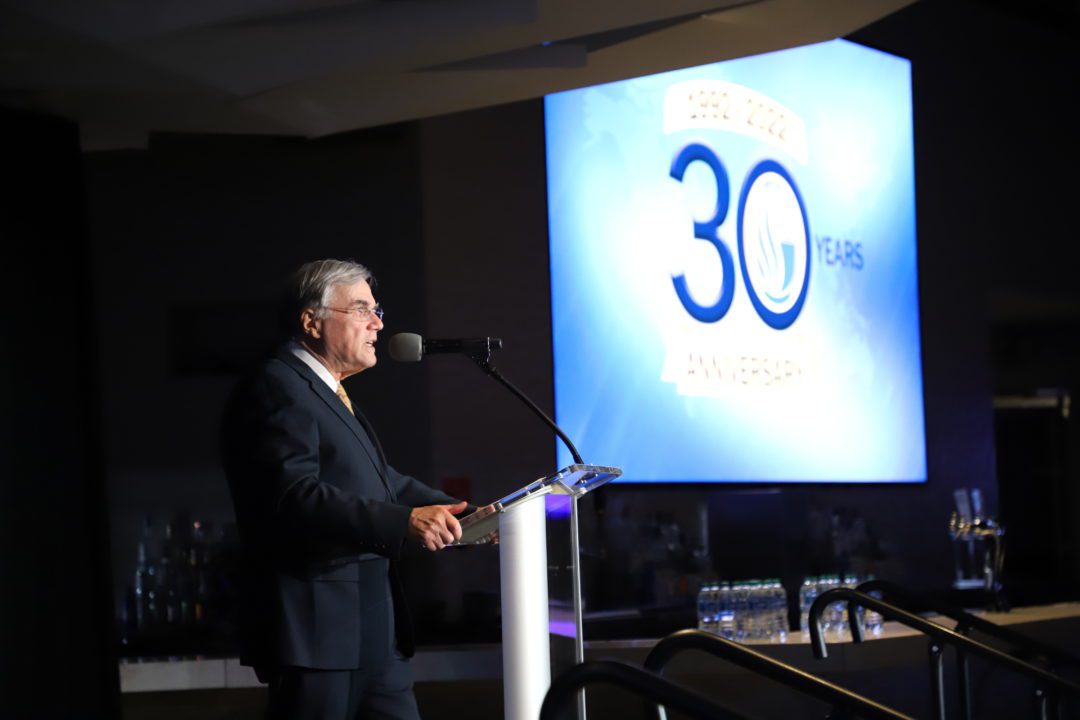 Under the theme “30 Years of Enhancing Public Safety Across the Globe,” the event brought together about 250 distinguished guests in law enforcement and private security and their supporters to celebrate GILEE’s impact on policing and communities by improving professionalism in public safety. The event raised record funding to support GILEE’s programs, which help public safety leaders connect and engage in community policing and partnerships, improve operations, introduce technological innovations and apply new knowledge to improve policing policy.

“This organization has had a significant impact on our state’s law enforcement, allowing them to learn from police around the world,” Gov. Brian Kemp said during his video tribute. “Through partnerships spanning nations large and small, Georgia’s public safety officers have benefitted from this sharing of knowledge as they meet the new challenges of our time. … We’re proud of Georgia State for hosting this program, and we’re always proud of those who wear a badge and a uniform. I look forward to many more years of success for this program in shaping our law enforcement.” 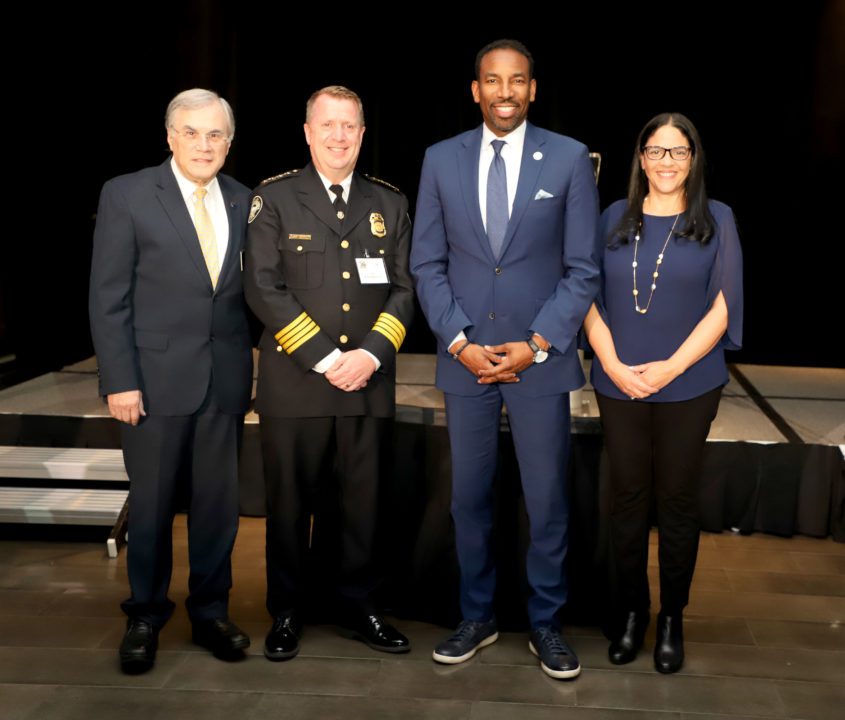 The event was hosted by honorary co-chairs Ambassador Andrew Young and Bernie Marcus, co-founder of The Home Depot. Committee members included a roster of who’s who in public safety and private security, ranging from police chiefs to major corporate leaders to a retired Secret Service special agent in charge. Dave Wardell — recently retired as the vice president of operations and public safety for the Atlanta Downtown Improvement District/Central Atlanta Progress and a GILEE graduate — served as master of ceremonies. The invocation was given by Rabbi Peter Berg of The Temple. Berg is chaplain of the Georgia State Patrol.

“Atlanta is proud to be home to your incredible organization,” Dickens said. “GILEE helps local law enforcement officers develop what Ambassador Andrew Young calls a ‘science of civility’ that leads to more effective community policing … Our own Atlanta Police Department is helping you showcase to the world how law enforcement is willing to learn and to grow. As the City of Atlanta observes Peace Week this week … we have certainly carried some of the training provided by GILEE into our efforts to strengthen our city’s social fabric but also to make sure that our communities build peace together. We see you, we thank you, and we stand in partnership with each and every one of you.”

Sultan-Dadon spoke of GILEE’s important role in promoting Georgia’s close ties to Israel, smiling warmly when she mentioned Israel was the first country to host its peer-to-peer training program.

“In many ways GILEE is a model example of what international relations are about: finding common ground, learning about one another and working together to advance common goals and address mutual challenges,” she said. “The power in what GILEE does is in the mutual learning — in the opportunity that it provides professionals in the United States, Israel and so many countries to share best practices, to observe and to learn from one another.

“Learning lies at the heart of any growth, of any stride for improvement,” she continued. “It is therefore so appropriate that GILEE is housed at the Andrew Young School of Policy Studies at Georgia State University, one of the top schools in the country dedicated to promoting national and global leadership.”

“Atlanta Police Department is a better department because of 30 years of GILEE,” Schierbaum said in comments commending GILEE for its leadership training. “Thank you, GILEE, for guarding the gates of this city.”

Congratulatory comments by Young, Marcus,  Kemp and President M. Brian Blake of Georgia State University were delivered by video, as was a tribute by GILEE delegates and graduates from Brazil, Canada, Georgia, Germany, Hungary, Israel, Tennessee and the United Kingdom, including officers trained by GILEE to meet the security needs of the Olympic Games in Atlanta, London and Rio de Janeiro, Brazil.

“GILEE is in the right place at the right time,” Young said. “I want to thank you for 30 years of wonderful service. We have to keep working toward perfection because life is a precious blessing … Everybody ought to be able to give their best and receive their best from the community, and law enforcement is one of those things that ensures that. So, thank you very much for 30 years, but you’re just beginning. God bless you and keep on keeping on.”

“Thanks for all you do for the city, the state, the nation and the world,” he said. “Thanks, again.”