In 2006, Phyllis Talley (J.D./M.P.A. ’18) walked away from a successful career on Wall Street where she worked as a broker’s clerk on the New York Stock Exchange and as an equity trader for a prominent global hedge fund.

Technology advancements meant her role was becoming obsolete, so she took an early retirement. Uncertain of what to do next, Talley decided to volunteer with hospices and end-of-life organizations in New York City. “It’s always been interesting to me that we don’t talk about death in our culture, and in many other cultures as well,” said Talley, who worked in a funeral home after college. 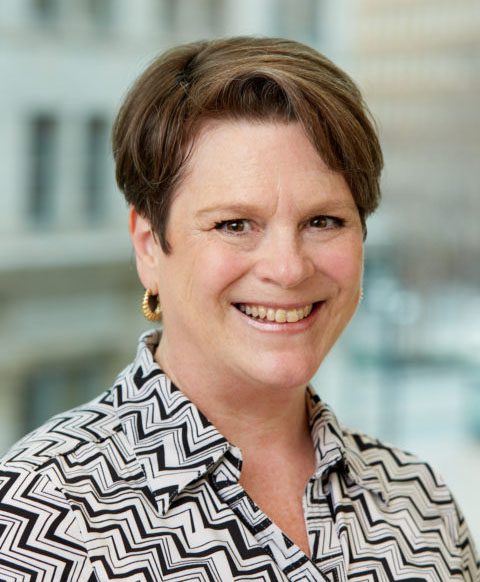 Over the years, Talley became interested in the laws and policies that impact a person’s autonomy and dignity as they approach death.

Over the years, Talley became interested in the laws and policies that impact a person’s autonomy and dignity as they approach death. To become an effective advocate for end-of-life rights, she decided to go to law school. Talley moved to Atlanta and enrolled at Georgia State Law in 2015. After graduation, she launched her solo estate planning firm called Talley Life Planning, LLC.

While all states must allow patients to refuse life-saving medical treatment, including feeding tubes, ten states and the District of Columbia also have laws in place that allow patients to choose when and how to end their lives. Referred to as “death with dignity,” “medical aid-in-dying,” “right to die,” or “physician-assisted death,” these laws allow competent, terminally-ill to end their lives by self-administration of a lethal dose of medication prescribed by a doctor for that purpose. The laws vary from state to state, but all require a prognosis of six months or less to live from two physicians, waiting periods, and psychiatric evaluations when recommended by a physician.

In 2020, Georgia introduced a Death with Dignity bill. “The bill never made it to committee, but it sparked the beginning of efforts to formally organize here in Georgia,” said Talley. She launched Georgians for End-of-Life Options (GAELO) in October of 2021. It is now an independent Georgia nonprofit.

Talley, who serves as the interim director, intends the organization to be a resource for Georgians to help people plan and achieve an ending to their life story that reflects their individual values and wishes. GAELO is dedicated to promoting laws and policies that improve and expand advanced care planning.

Talley credits Professor Emerita Mary Radford for helping her chart this path. For Radford’s Law and the Elderly course, she wrote a position paper on whether physician-assisted death should be allowed. Talley later participated in the Olmstead Disability Rights Clinic, where she honed skills in advocating for the rights of in nursing facility patients. She published an article on age-related disability stemming from a 2019 conference hosted at the College of Law in recognition of the 20th anniversary of Olmstead v. L.C. and E.W.

Professor Paul Lombardo’s Bioethics course also helped lay the foundation for her current work. “Phyllis decided early in law school to focus on how often we disregard the wishes of the elderly and/or people with disabilities,” he said. “Her attention to these issues in my class was consistent with the direction her career is taking now.”

“At GAELO, we believe that everyone should have the right to determine their medical treatment,” said Talley. “That includes decisions about the timing and manner of our deaths.”