The university kicks off commencement season recognizing the largest class in its history. 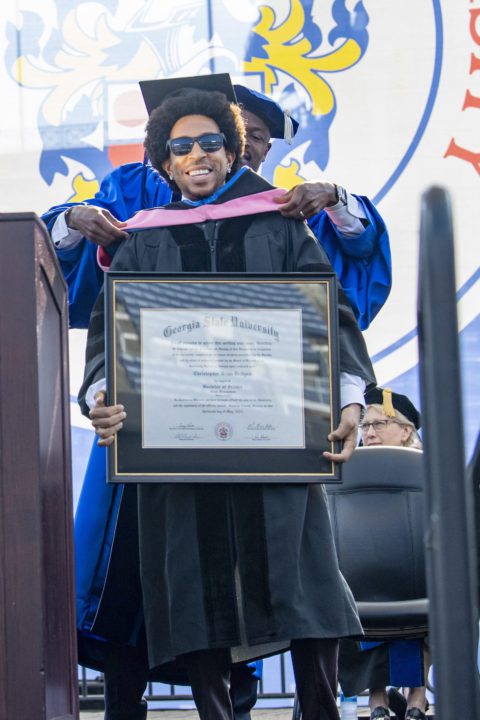 Bridges, a cultural and philanthropic icon who attended Georgia State in the 1990s before signing a record deal that would launch his multiplatinum-selling career in hip-hop, spoke to more than 800 master’s degree recipients Wednesday and received his own Bachelor of Science in Music Management.

“Though I left school I was never gone because this institution had become a part of me,” he said. “It was a part of my fabric and DNA. My heart never strayed far from its steps and my commitment to someday return, and finish, was ever-present.”

Bridges has become a heavily involved member of the Georgia State community in recent years. In 2019, he joined the Creative Media Industries Institute as an artist-in-residence, sharing with students his experiences and insights on the music and film industries. He also partnered with the College of Law on a course dissecting his career as part of the “Legal Life of …” series. 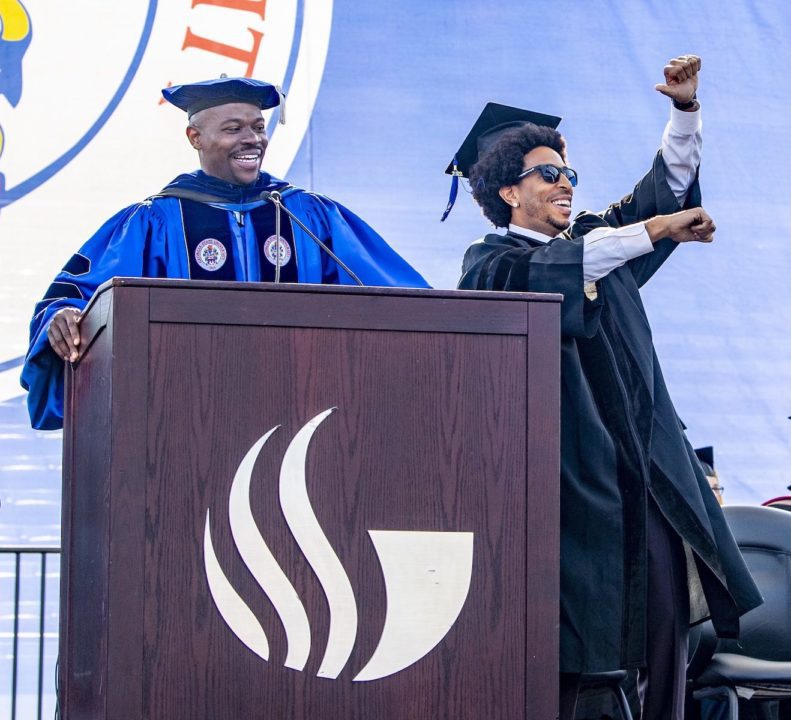 “My pledge is to continue my support of the university and to live up to its standards,” Bridges said. “Hopefully, I will continue to make you proud and be an example of Georgia State’s determination and resilience.”

“Today’s honoree began his college journey at Georgia State in the 1990s, before landing a record contract that catapulted him to international fame and stardom,” Blake said. “Today, that dream of a college degree is finally being realized by a media mogul, entrepreneur and philanthropist. Chris came back to campus to reconnect with Georgia State students in 2019 and we are grateful that he has given his time and opened his heart to our students.”

Wednesday’s ceremony was one of several scheduled throughout the week to recognize nearly 5,300 new associate, bachelor’s, master’s and doctor’s degree recipients, the largest graduating class in Georgia State’s history.