It’s typical for one’s career to turn out different than expected, but it’s less common for that shift to be caused by identifying systemic problems and dedicating a career to becoming a solution. That’s what Rebekah Cohen Morris (J.D. ’23) is doing. The former teacher and current Doraville City Council member is working to make a difference.

“I had not planned to become a teacher or a lawyer,” she said. “I just wanted to move to Spain and become a professor and figured I need to teach in the states for a few years to start.”

Cohen Morris got her teaching start at a high school in Gwinnett County fresh out of college. It was when she first realized the disparities caused by redistricting and reflected how school attendance zones and the impacts on housing segregation impacted her own upbringing growing up in New York City and Philadelphia. Cohen Morris feels she benefited from living in diverse communities. That’s why she chose for her family to settle down along Buford Highway, a historically diverse community.

“I love that it feels like a place where we’re all trying to make it together and figure out our place and how we fit into society,” she said.

By 2015, Cohen Morris began a blog documenting her experience as a high school teacher in DeKalb County to give a first-hand account of how gerrymandering was continuing to cause segregation and impact the educational quality at her school that was predominately filled with students of immigrant or minority families. She also decided to take the problems her students were bringing up and turn it into a learning experience that would foster solutions.

“I told my students to identify an immediate problem in their neighborhood and come up with solutions for how to solve those problems,” she said. “Because I taught English, I had my students critically think, write about it, and then present it.”

The project was such a success it led to the creation of the nonprofit, Los Vecinos de Buford Highway. The organization’s goal is to empower the community to lead the changes that they want to see. Now with community groups in about 100 apartment complexes along Buford Highway, if issues arise residents can quickly organize to address them. 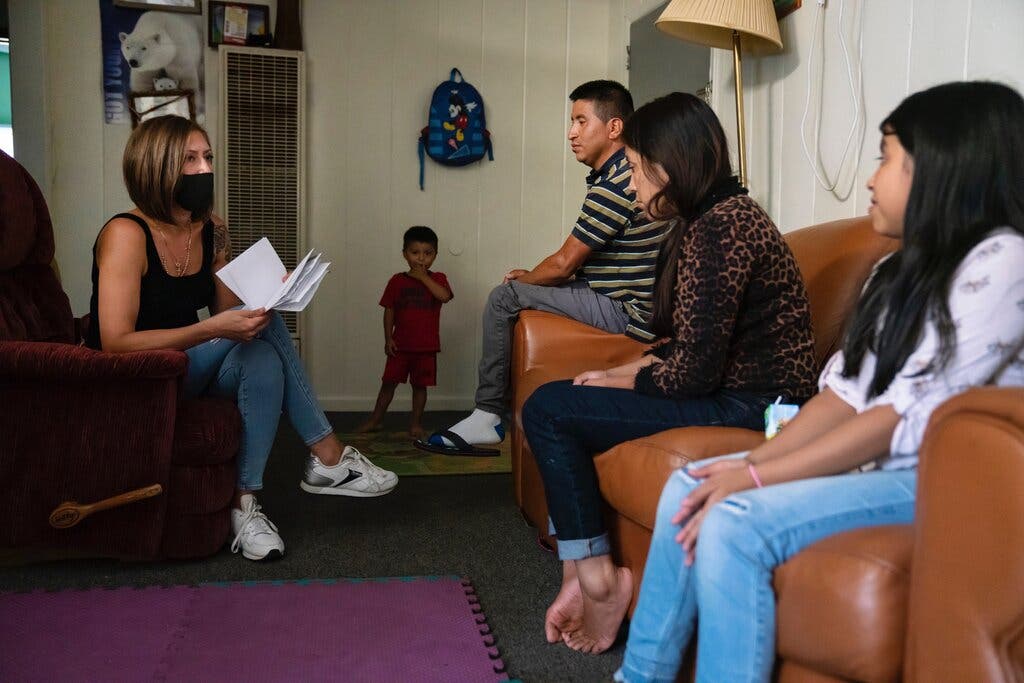 Rebekah Cohen Morris by Nicole Craine for the NYT

Cohen Morris led the non-profit for several years before realizing the biggest impact would come from challenging the laws and policies in place. Whether it’s navigating the immigration processes or tackling housing issues, it’s difficult to find attorneys who are fluent in Spanish that have the bandwidth to help. So, Cohen Morris ran for Doraville City Council and began studying for the LSAT.

“There’s such a need, I thought I could probably be more useful if I had a legal degree,” she said. “I’m still close to everyone from Vecinos, but I figured I can focus on the council, and I can focus on law school, and the community knows that I’m getting this degree to help compliment the work they’re doing.”

Now in her second year at Georgia State College of Law, Cohen Morris sees herself eventually having her own non-profit law firm doing impact litigation.

“I’m seeing how legally there are paths to fighting for justice for the families I work with,” she said. “It’s becoming clear what those legal remedies would be, and I’m super excited to see those tools being put into action.”

Attending Georgia State Law has also helped with her experience on city council, including the Access to Justice course she took with Professors Lauren Sudeall and Darcy Meals. She says it’s given her access to research that supports the small changes she’s been trying to make on the council.

“I’m trying to work on making sure our courts send out a text message reminder to let people know about their court date, because we’ve had 10,000 failures to appear in the last 10 years,” she said. “It’s cheaper, more efficient and saves people from having a failure to appear. I was able use some of that research to buttress the changes, however small, I’m trying to make in local government.”

While Cohen Morris stays busy between being a steward in her community and studying law, another point of pride for her is running into her former students around the Georgia State University campus, knowing they’ve made strides to continue their education.

“The opportunities you have to make a long-term impact are most easily made possible if you plant yourself in a community for an extended time, and then try to align every part of your life in a way that you’ll have those organic interactions to make the changes you want to see,” she said. “Because of that, Georgia State was the only place I considered continuing my education.”