Georgia State Law students, faculty and alumni gathered Monday for a celebration of The Order of the Coif and The Order of Barristers. The two prestigious honor societies celebrated the inductees for the class of 2020 and 2021.

The Order of the Coif is the national honor society of legal education. Its purpose is to recognize those law students who excelled in scholarly achievement during their time in law school and are in the top ten percent of their class.

“This year is more special than others in many ways, we weren’t able to have this ceremony last year and this marks the 5th anniversary of Order of the Coif at Georgia State,” said professor Nirej Sekhon, the secretary of GSU’s Coif chapter. “For many of us, seeing [the students] gathered here today reminds us of everything we love about this institution and everything we love about teaching.”

Dawn Jones (J.D. ’00) was selected as this year’s honorary inductee into the Order of the Coif. Jones is the past president of the State Bar of Georgia and a member of the College of Law’s Board of Visitors. Jones’ career has an emphasis on serving others. When she began at Georgia State Law, she was 14 years into her career as an ICU nurse. 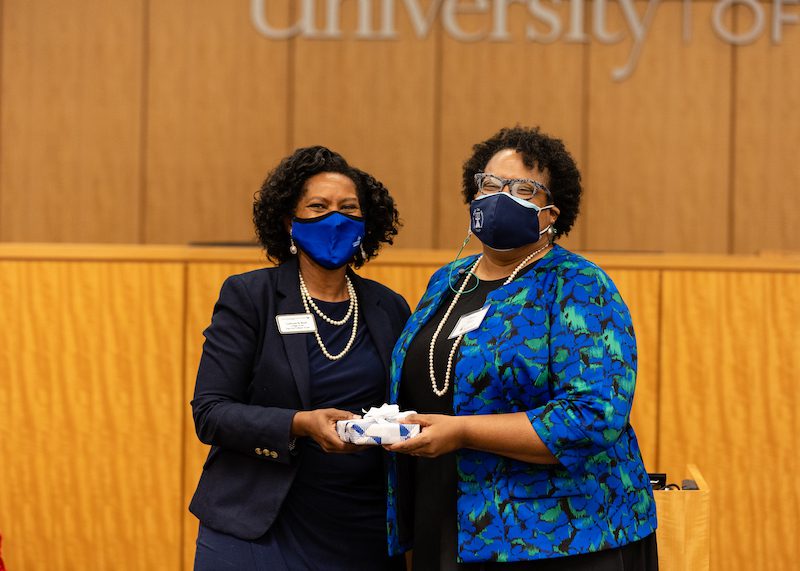 “Without knowing it, I happened upon a law school that not only valued advocacy and servant leadership, but stressed those principles,” Dawn Jones said. “My professors constantly reminded students that there were people with real lives and real issues involved in every case we studied. Who we are as people defines who we are as lawyers, not the other way around.”

The Order of Barristers is also a national honorary organization. Its purpose is the encouragement of oral advocacy and brief writing skills through effective advocacy programs. Georgia State Law has been nationally recognized in advocacy and has award-winning moot court and mock trial programs.

“Tom is an incredibly loyal person, not just to his kids and grandkids, but to the hundreds of students who were in STLA since he started,” said Paige Boorman, the current Student Trial Lawyers Association Advisor. “He has 30 plus years of teaching and growing and building STLA to be what it is today.” 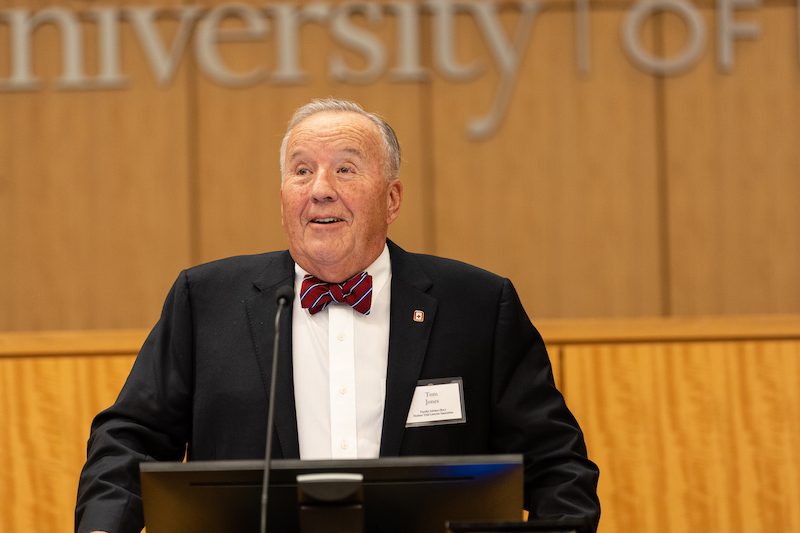 “The most important thing for me is not all those [mock trial] trophies out in the trophy case,” Tom Jones said. “It’s to see my former students be successful. That’s the greatest award for teaching.”

Order of the Coif: