Remembering the Dean Emerita: “Marjorie Fine Knowles was truly a force of nature”
Use Scan QR Code to copy link and share it

Dean Emerita Marjorie Fine Knowles passed away September 24 at the age of 82. Knowles was the first woman to lead the College of Law and was a guiding force in developing Georgia State Law to become the esteemed institution it is today.

Knowles became dean of the College of Law in 1986, making her the 17th woman in U.S. history to serve as dean of a law school. During her five years as dean, Knowles spear-headed a $5 million renovation and expansion project that led to accreditation by the American Bar Association in 1990.

“When Marjorie entered our lives in 1986, few of us had been exposed to a powerful woman leader,” said Professor of Law Emerita Mary Radford. “Rather than emulate the male leaders who were the only role models most of us had encountered, Marjorie exhibited a new and expanded brand of authority that combined leadership with elegance and style.”

Knowles stepped down as dean in 1991 but continued being a pioneer in legal academia and remained on the faculty teaching Corporate Law, Corporate Governance and Conflict of Laws.

“She was a wonderful instructor with contagious passion about the subject matter,” said Academic Success and LL.M. Program Director Leila Lawlor (J.D. ’95). “She also helped me outside the classroom, giving me sage advice about job searching. As a professor myself now, I realize just how above and beyond she went.”

Her influence stretched far beyond just the students she was teaching, as many faculty members also talk about the mentorship they gained while working alongside her.

“What I remember most is her kindness and the frankness with which she addressed the challenges of women in the legal academy,” Professor of Law Tanya Washington said. “Her legacy will live on in the success of the law school, to which she devoted her energy, talent, and skills, and in the success of our graduates.” 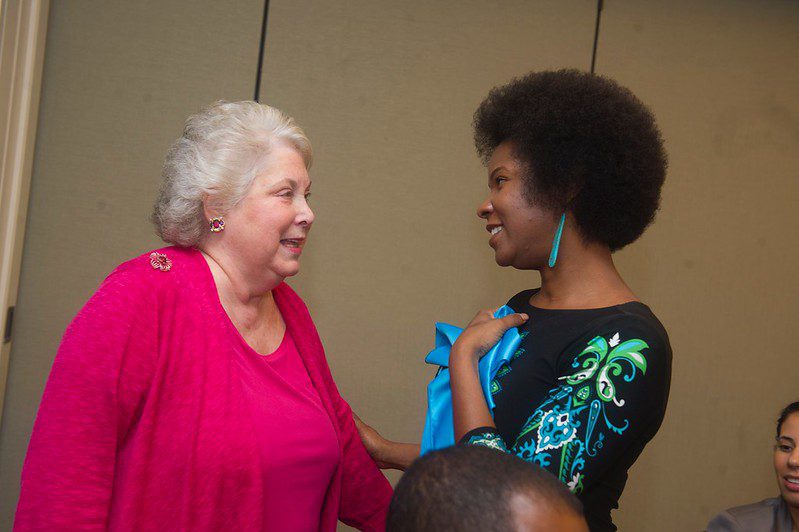 “Dean Knowles was proud to be a feminist and was a consistent strong supporter of young women faculty,” Professor of Law Andrea Curcio said. “She was both my mentor and cheerleader. The College of Law truly benefited from her leadership, and I personally benefited from her kindness and desire to see me succeed in academia.”

Knowles joined the faculty of the University of Alabama School of Law in 1972, serving in various capacities, including associate dean. Always an advocate for women’s rights, Knowles helped increase enrollment of female law students from 13 to more than 70 in just three years. She also created the university’s academic major in women’s studies.

Further proof of Dean Knowles’ broad impact in the legal community was her well-known friendship with the late Supreme Court Justice Ruth Bader Ginsburg. Because of Knowles, Justice Ginsburg visited the College of Law in 1993 for the semi-annual Henry J. Miller Lecture Series. 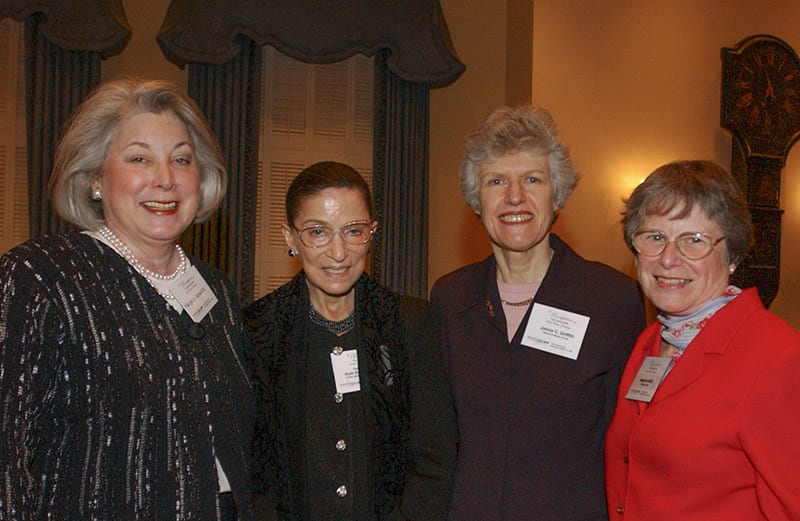 “During our first meeting, she opened a private correspondence from Supreme Court Justice Ruth Bader Ginsberg! Can you imagine? I was so impressed,” Professor of Law Anne Tucker said. “Beyond the first impression, I quickly realized she had a whip smart intellect coupled with a warm personality and an impeccable sense of style.”

Knowles will forever be remembered at College of Law through the naming of the Marjorie and Ralph Knowles Conference Center. Additionally, the Marjorie Knowles Chair in Law and the Marjorie Fine Knowles Endowed Scholarship were named in her honor by former colleagues and friends. 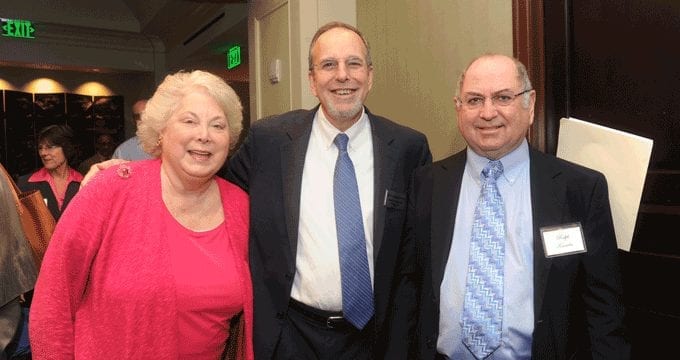 “Many people at the College of Law experienced first-hand Marjorie’s generosity and compassion,” said Radford. “One of the greatest joys of both Marjorie and her beloved spouse, Ralph, seemed to be helping others in times of need. Marjorie Fine Knowles was truly a force of nature.”