Longtime College of Law Faculty Continue to Make an Impact

Over the last 35 years, the College of Law has been home to outstanding faculty who prepare students for practice. In our “Catching Up with Emeriti Faculty” series, we interview retired faculty members about their experiences at Georgia State and what they’re up to now. 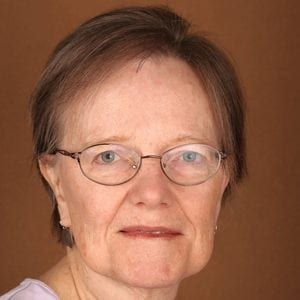 Throughout her 25 years at Georgia State College of Law, Professor of Law Emerita Anne S. Emanuel has stepped up wherever there is a need. She taught Criminal Law, Criminal Procedure, Wills, Trusts & Estates and Fiduciary Administration.

She served as Associate Dean for Academic Affairs from 2004-2006. For more than a decade, she was also the faculty adviser for the Law Review and the Student Trial Lawyers Association, as well as coaching the Frederick Douglass Competition Moot Court team.

Emanuel retired in 2011, the year her biography of Judge Elbert Parr Tuttle for whom she clerked in 1975-76, was published.

She remains active in the profession. She has participated in a number of programs, including appearing on a panel with then Chief Judge Carl E. Stewart of the Fifth Circuit and the late Judge Nathaniel Jones of the Sixth Circuit at the Triennial Symposium of the Circuit Courts of Appeal. She also co-authored a chapter in the newly published “Of Courtiers & Princes: Stories of Lower Court Clerks and Their Judges.”

Even with her own accomplishments, Emanuel says she loves to celebrate her former students. She noted that she taught Atlanta Mayor Keisha Lance Bottoms, Lisa Cupid, chair of the Cobb County Board of Commissioners, and Supreme Court of Georgia Judge Shawn LaGrua.

“They are just a few of the many whom I am enormously grateful to for their good work,” she said.

1985 to 2012. He has been fascinated with international and comparative law since the summer after he graduated from high school, when he took a gap year to travel to Iran with his family while his father had a Fulbright Professorship in Tehran. While there, Marvin got a job teaching English Language adult education short courses to Iranians.

After returning to the U.S. to earn his undergraduate and law degrees, Marvin went to Europe to begin his career. He completed a legal internship in business competition law at the Common Market High Commission in Brussels followed by a law lectureship at the University of Kent in Canterbury, England. He served in various government positions in Canada before turning to his true passion: the classroom.

On retiring from Georgia State, Marvin said, “I very much miss the teaching of, and camaraderie with the students, especially in the seminar setting, but I was getting a bit long in the tooth for conducting evening courses.”

For the past eight years, he has been a member of the International Law Association (ILA) Committee on Sustainable Development Law in Natural Resource Management, for which he co-authored the Law of the Sea section of the final committee report at the virtual Kyoto Biennial Conference of the ILA last December. He also recently wrote a chapter for an upcoming book celebrating the 30th anniversary of the American Bar Association Rule of Law Initiative, in which he elaborated his experience as a legal volunteer in Kazakhstan and Uzbekistan.