Growing up Max Franco (J.D. ’22) knew two things about his future: he wanted to be a lawyer and he wanted to practice in the south. Since then, he’s taken steps to ensure both of those things could become a reality. Max started with mock trial in high school before studying history at the University of Alabama, which helped prepare him for the amount of reading and writing he’d encounter in law school.

When it came time to deciding where he wanted to study law, he said what stuck out to him about Georgia State was the friendliness and camaraderie among students. That was unique among the schools he was interested in and decided the College of Law was the right fit for him. Now entering his final year, Max says his dream job would be working as in-house counsel at a large company focusing on transactional work or working at a mid-size firm focusing on mergers and acquisitions. Here, he discusses some of the ways he’s been involved since starting at Georgia State.

I’ve always been fascinated by businesses and how they work so first semester I took contracts, and I was probably the only person I knew that absolutely loved that class. I also knew at that point, I didn’t want to be in a courtroom, so I’ve taken classes more on the transactional side of law including corporations, tax, and corporate finance. I’ve realized throughout law school that I really enjoyed the client aspect of it and helping people because it’s fulfilling having a skill that other people need but don’t necessarily have.

What experience outside of the classroom have you had?

This previous summer I was able to work for a small law firm that focused on a lot of transactional work. Much of it was COVID-19 related with insurance claims. I spent a lot of time reading through contracts trying to find the right clauses and I really enjoyed that. I was able to help people with small claims and a lot of these were very significant clients. I was not a business major in undergrad, so it was cool to be valued in that perspective, even though I didn’t have that specific background. I spent the first half of this summer working with that firm again and was able to do more substantial work like drafting of complaints, writing demand letters and things along those lines. I am currently working for an attorney who is of counsel at a firm here and he solely focuses on large scale business litigation and that has been interesting as well. 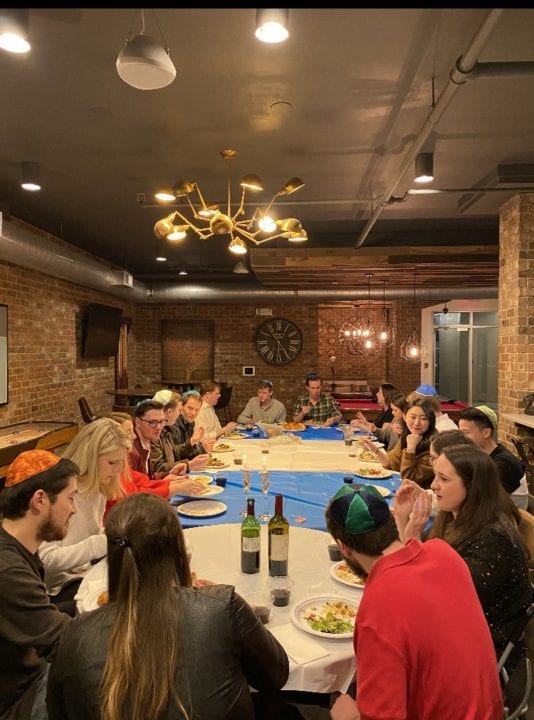 How else have you gotten involved within the College of Law?

I am the president of the Jewish Law Student Association. It’s always been something that’s been pretty important to me and I’ve wanted to do a lot more, but obviously given the pandemic it’s been difficult to do a lot for the club. My goal is to be able to put on a networking event this year because networking is how I got my first internship and if I could help at least one person get an internship, that would make me happy.

I’m also vice president of Oglethorpe’s Legal Society, which essentially hosts social events. Before the pandemic, that was one of the more fun things about law school because you’re getting to know people who you might be sitting next to in class, but you don’t really know them until you get to chat with them outside of the classroom. That was really fun, and I am looking forward to hopefully being able to put on more events in the future.