Associate Director, Communications and PR
Office of the Vice President for Research and Economic Development

The award honors the achievements of distinguished investigators in the field, including their role in public education and outreach. 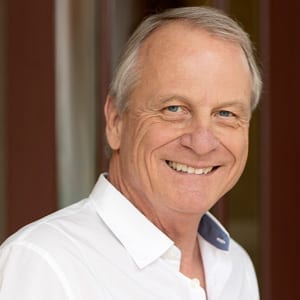 Albers has conducted pioneering studies in two different areas of research central to behavioral neuroendocrinology: the neural control of biological rhythms and the neurobiology of social behavior. He has published more than 170 papers, and his research has been funded without interruption for nearly 40 years by the National Institutes of Health, the National Science Foundation and other federal agencies. Most recently, he was the co-recipient of a $2.7 million grant from the National Institute of Mental Health to study sex differences in social reward.

As director of the Center for Behavioral Neuroscience since 2002, Albers has supported the growth of neuroscience research and degree programs at Georgia State and other Atlanta institutions. Established in 1999 with a $37 million grant from the National Science Foundation and $16 million from the Georgia Research Alliance, the center laid the groundwork for the creation of the university’s Neuroscience Institute in 2008. The inter-institutional collaboration is supported by Georgia State, Emory University, the Georgia Institute of Technology, Morehouse School of Medicine and Atlanta University Center’s four member schools.

Jonathan Borland, who received his doctor’s degree from Neuroscience Institute in 2019 and studied in Albers’ lab, was awarded the 2021 W.C. Young Recent Graduate Award by the SBN. Borland’s research focuses on investigation of the neural mechanisms responsible for social reward. As part of his dissertation, he developed a new approach called the Operant Social Preference task for measuring social reward using a device he designed. Borland, a postdoctoral fellow at the University of Minnesota School of Medicine, received the Outstanding Doctoral Student Award from the Neuroscience Institute in 2019.

The SBN is an international, interdisciplinary scientific organization dedicated to the study of hormonal processes and neuroendocrine systems that regulate behavior.