Lauren Sudeall Goes Wherever There Is Injustice

Social justice and activism came into Professor Lauren Sudeall’s life early. As the daughter of two educators, growing up in Newton, Mass., she developed a strong sense of responsibility to rectify injustice. After graduating from high school, she majored in political science at Yale University and worked at an Internet startup before going to law school.

An incident involving the New York Police Department while she was working at her friend’s tech company solidified her interest in the law. One night after work, she was in the car with three friends heading to Union Square—one Black, one biracial and another Filipina. When they stopped, a taxi cut them off and men jumped out and drew guns on them. At first, they thought they were being carjacked or robbed, but then she saw the flash of an officer’s badge.

The police said that they thought the car was stolen, though it wasn’t, and that the driver had run a red light, which he didn’t. They all left in handcuffs and the driver was charged with reckless driving. That charge was later dropped and they sued the NYPD for misconduct. By the time the case settled, Sudeall had graduated from Harvard Law. 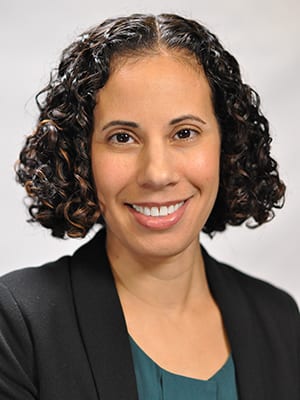 After Harvard, Sudeall participated in judicial clerkships with Judge Stephen Reinhardt on the U.S. Court of Appeals for the Ninth Circuit and U.S. Supreme Court Justice John Paul Stevens. However, it is her experience working at the Southern Center for Human Rights (SCHR) that most informs her present work. She was drawn to the South because of its history, relative lack of legal resources and the unique challenges that the region faces regarding access to justice.

“I’ve always been drawn to issues and places where help is needed and people aren’t really paying attention,” Sudeall said.

While at SCHR, Sudeall worked on cases challenging the denial of counsel to indigent criminal defendants across the state. She also worked on a number of death row cases and said that she still writes to former capital defense clients “because it’s important for them to know that someone remembers and cares about them.”

Last fall, she worked on a pro bono case to get a woman suffering from serious medical conditions re-sentenced. She walked out of prison before Thanksgiving.

“Lawyering is not just working through legal issues and being in a courtroom,” Sudeall said. “The most important thing I did for a lot of my clients is listen and treat them with dignity.”

After five years of doing intense legal work, she switched to academia to work on similar issues from a different vantage point. She came to the College of Law in 2012 and is the founding faculty director of the Center for Access to Justice, where she conducts research on access to justice issues and teaches an Access to Justice course. In addition, the center houses the college’s pro bono program where students often get their first experiences working with clients.

Sudeall is currently researching housing court procedures during COVID-19. She, along with two colleagues from Georgia Tech and the University of Hawaii, recently received a grant from the Russell Sage Foundation to support their research project, “Preserving Rental Housing Stability during Disasters: An Examination of Eviction Moratoria during the COVID-19 Pandemic.” In addition, she has an article forthcoming in the Vanderbilt Law Review on how eviction court operates in rural and suburban Georgia.

“I feel fortunate to have the types of experiences I’ve had in the legal profession,” she said. “You can do so much good and have a meaningful impact in so many ways. It’s been fulfilling to see our students find work they are passionate about and go on to make their own mark on the world as lawyers.”